The World Intellectual Property Organization (WIPO) released the results of the international applications of patents, trademarks and industrial designs in 2019. China in 2019 surpassed the United States of America (U.S.) for the first time as the top source of international patent applications filed with the WIPO. 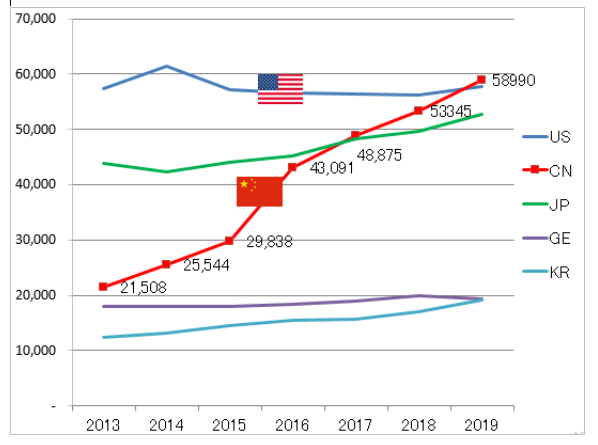 For the third consecutive year, China-based telecoms giant Huawei Technologies, with 4,411 published PCT applications, was the top corporate filer in 2019. The top 10 applicant list comprises four companies from China, two from the Republic of Korea, and one each from Germany, Japan, Sweden and the U.S. Of the top 10 applicants, six filed mainly in digital communication, namely, Ericsson, Guang Dong OPPO Mobile Telecommunications, Huawei Technologies, LG Electronics, Samsung Electronics and Qualcomm. 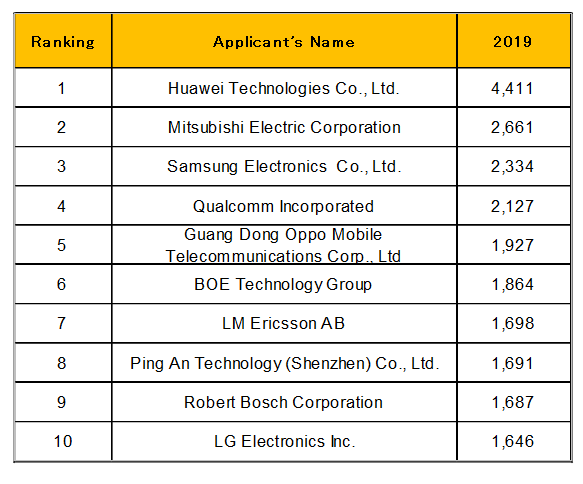 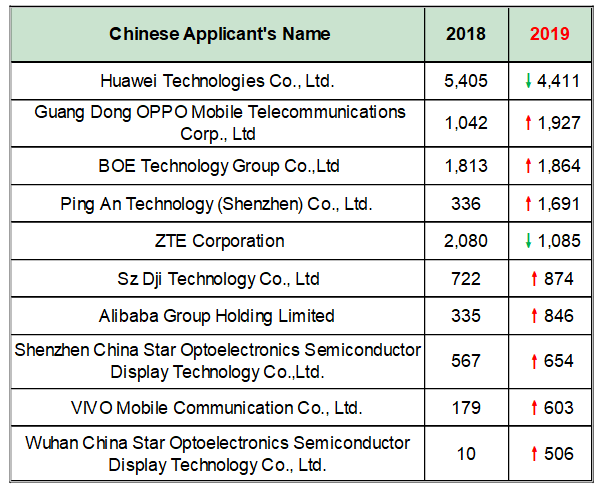