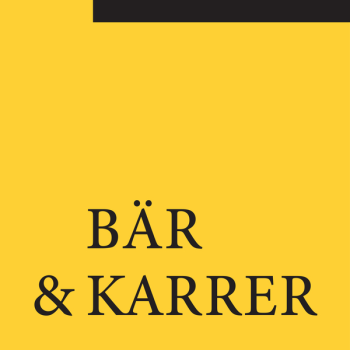 What common strategies do activist shareholders use to pursue their objectives?

Shareholder activism normally starts with building up a relatively small stake of shares avoiding triggering the disclosure obligations pursuant to the FMIA (especially the first threshold of 3 per cent). Prior to increasing its stake, a common activist will make private contact with the company’s executive management or board representatives in order to present and discuss its ideas and specific demands. These private negotiations are also the reason why it is believed that almost 50 per cent of all activist campaigns never become public. However, attention should be paid to the duty of equal treatment of all shareholders and the duty of ad hoc publicity.

If the private negotiations fail, an activist may launch a public campaign to divulge the key requests towards the company and, by doing so, obtain the support of other shareholders (since shareholders do not have a right to access the share register, the only way of reaching out to other shareholders holding less than 3 per cent is through the media). As psychology plays an important part in the fight for control, gaining the support of the public opinion is a crucial element in winning the battle. The share price is likely to increase following the publication of the key elements of the campaign as it is likely to attract new investors. In the run-up to the shareholders’ meeting, the composition of shareholder base of the target company may change towards increased support of the activist’s campaign. Based on the public support and also depending on the support from professional proxy advisers, the activist shareholder may be in a position to find an attractive compromise with the board.

Fruitless settlement attempts may lead to proxy fights at and outside the shareholders’ meeting (including the enforcement of the information rights, freezing entries in the commercial register and challenging allegedly non-compliant shareholders’ resolutions) or even result in litigation (eg, liability claims) and criminal charges.

Ahead of the shareholders’ meeting the activist shareholder may decide to form a group with one or more other key shareholders. According to the FMIA, any person who reaches, exceeds or falls below 3, 5, 10, 15, 20, 25, 33.3, 50 or 66.6 per cent of the voting rights of the target company must notify the target company and the stock exchange (the SIX Disclosure Office for SIX listed companies). The activist may use such disclosure as signal of determination to the company and financial markets. It typically also triggers an additional round of media reports.

Although irrelevant to win a proxy fight but helpful to the communication strategy, the activist shareholder often uses the shareholders’ meeting to speak publicly and reiterate their requests for improved performance.

What are the general processes and guidelines for shareholders’ proposals?

The current draft for a revision of Swiss corporate law suggests the thresholds for shareholders to benefit from certain minority rights (eg, to request items to be added to the agenda) should be lowered. The revision has not yet been passed into law.

Under the CO and OAEC, a number of corporate decisions such as the amendment of the articles of association, capital increases, the approval of the annual accounts and resolutions on the allocation of the disposable profit, the election of board members, the chairman and the members of the compensation committee as well as board and management compensation fall into the mandatory competence of the shareholders’ meeting. According to the OAEC, elections (or re-elections respectively) of board members must take place annually and elections must take place individually. Therefore, activist shareholders aiming at deselecting members of the board of directors are not required to request an extra agenda item for this purpose, but may simply vote against the re-election tabled by the company.

Except for the request for an extraordinary shareholders’ meeting or a special audit and the appointment of an auditor at the request of a shareholder, it is not possible to request that additional agenda items be tabled during the shareholders’ meeting. However, any shareholder may make motions relating to any agenda item during the shareholders’ meeting. This is particularly relevant with respect to any election items as additional persons may be proposed for election. Against the background that a significant number of shareholders cast their votes via the independent proxy without giving specific instructions as to ad hoc motions (or by instructing the independent proxy to follow the board’s recommendation in such case), ad hoc motions generally have a low likelihood of succeeding.

Other than with respect to the number of votes or percentage of the capital, Swiss law does not distinguish processes depending on the type of shareholder submitting a proposal.

Activists typically use the media or a dedicated web page for their campaigns once their intentions are publicly disclosed.

Any shareholder - individually or acting in concert - representing 10 per cent of the share capital (or, according to the predominant legal doctrine, representing shares of a par value of at least 1 million Swiss francs; see question 7) has the right to call an extraordinary shareholders’ meeting. Certain companies have introduced lower thresholds in their articles of association. The required threshold may also be reached by several shareholders acting in concert. The request to call an extraordinary shareholders’ meeting must be submitted in writing to the company’s board and must contain the requested agenda items including the activist’s motions thereto.

Shareholders may not act by written consent in lieu of a meeting, but they can be represented by issuing written voting instructions to either the independent proxy or (depending on the articles of association) to another shareholder or a third party.

Shareholders may in principle not file lawsuits on behalf of the corporation or on behalf of all shareholders. However, they may file liability actions against directors and members of the executive management where the payment of damages is directed to the company. In addition, any shareholder may challenge shareholders’ resolutions made in violation of the laws or the articles of association with effect for the entire company. Also, certain post-M&A appraisal actions under the Swiss Federal Merger Act have erga omnes effect (ie, all shareholders in the same position as the claimant receive the same compensation). The cost of such proceedings must generally be borne by the company (ie, the defendant).

Shareholders are not able to directly prevent the company from accepting a private settlement with an activist shareholder. They may only challenge the board’s settlement resolution on the grounds that such decision was void or bring liability actions against the directors should the board have breached their directors’ duties and should they have caused damage to the company by doing so.