Bent(ley) out of shape in trademark dispute

In Bentley 1962 Ltd v Bentley Motors Ltd ([2019] EWHC 2925 (Ch)), the High Court has found Bentley Motors to have infringed trademarks belonging to a small UK-based clothing company. While not a landmark case, the decision highlights the importance of trademark registrations for even the smallest of businesses.

Collectively called ‘Bentley Clothing’, the two claimants consisted of Bentley 1962, the owner of the rights in issue, and Brandlogic, a family-run firm selling clothes under the brand Bentley. Bentley Motors is the famous manufacturer of luxury vehicles.

Bentley Clothing could trace its use of the BENTLEY sign on clothing back to 1962, and additionally owned three UK trademarks for BENTLEY, each registered for goods in Class 25, including a figurative mark, a series mark and a word mark.

Bentley Motors used the device depicted below (called the ‘combination sign’, being two elements: the word ‘Bentley’ and the ‘B-in-Wings’ device) on clothing and headgear, which formed the basis of Bentley Clothing’s complaint. 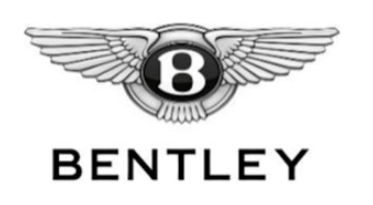 The judge was shown various licencing agreements, swing tags and terms and conditions from 2005 onward. He found that Bentley Motors themselves likely considered the elements as two separate signs until 2014, after which brand guidelines said that the two signs would be used together “from now on”. The judge held that the average consumer in the early 2000s would have come to this conclusion naturally as a result of the Bentley Motor’s previous use of the separate elements and likely after 2014 as well, as the consumer would not be aware of Bentley Motors’ brand intentions and the elements continued to be used as separate signs after that date.

Despite having found infringement, the judge considered likelihood of confusion in any event. Bentley Motors argued that, from at least 2002, the average consumer would only think of Bentley Motors when seeing clothing with the combination sign. On assessment, referencing Maier ([2015] EWCA Civ 220), the judge confirmed that the court must assume a notional and fair use of the registered trademark, meaning that Bentley Clothing’s modest use of the marks to that point was irrelevant. The court then held that the dominant component of the combination sign is the word ‘Bentley’ and would lead to a likelihood of confusion.

The first of two defences that Bentley Motors ran was technical, being that the transitional provisions of the Trademarks Act 1994 allows for continuing acts that were lawful prior to the 1994 act, but unlawful subsequently (ie, under the old law, goods or services sold that were not otherwise covered under the registered trademark would be lawful). Prior to 1994, Bentley Motors sold jackets, silks, ties, caps and scarves in a catalogue marked ‘the Bentley Selection’. The judge held such use was still permittable, but did not provide Bentley Motors with a wider defence, as it was clearly not the intention of Parliament to allow a party to branch out into new uses of the sign.

The second defence of honest concurrent use was equally unsuccessful. The judge considered on the evidence whether Bentley Motor’s behaviour was consistent with honest use, or whether it encroached on Bentley Clothing’s goodwill by taking steps to “exacerbate the level of tolerable confusion”.  The court concluded that there was a clear pattern of encroachment, in particular because, since at least 2000, Bentley Motors had made incrementally increasing use of the sign in a deliberate manner not to raise the ire of Bentley Clothing.