Litigation Funding in the Netherlands 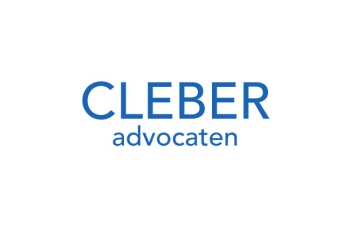 There seems to be no particular interest from the judiciary as to whether or not litigation in the courts is funded by a third party; a possible explanation is that, as explained in question 17, costs awarded in proceedings in state courts are fixed and bear no relationship to the real cost incurred by a litigant. At present, the legislator does not seem inclined to regulate third-party funding. However, as the market is emerging and third-party litigation funding will thus become more common, some form of regulation is to be expected, most likely in the domain of consumer claims.

There are, in principle, no limits on the fees and the interest third-party funders can charge, other than the general limits of enforceability of contracts and the powers of courts to mitigate the effect of or amend contract clauses that should qualify as wholly unreasonable. These powers are rarely exercised in practice. The ultimate test for the validity of an agreement on fees and interest is whether the agreement runs contrary to good morals or public policy, in which case it is null and void. There is no published precedent for litigation funding, but one could imagine this could apply to a usurious arrangement.

There are no specific professional or ethical rules applying to lawyers advising clients in relation to third-party litigation funding, but general professional and ethical rules apply. In this regard, a lawyer leaves no doubt as to whom he or she is representing; either the litigant or the funder, or both. If representing both with regard to the drafting of the funding agreement a lawyer should, for example, be aware of possible conflicting interests and confidentiality obligations.

The Ministry of Justice and Security has demonstrated an interest in third-party litigation funding. The Ministry observed in 2013 that the market is emerging, but did not take steps to regulate it. The Ministry’s main concerns seem to be the accessibility of the legal system and the protection of the litigant in relation to the funder, especially if the litigant is a consumer.

It is generally assumed at present that third-party funders are free to insist on their choice of counsel. Although the European Court of Justice is very reluctant to accept clauses in legal expenses insurance agreements limiting the insured’s choice of counsel, we note, however, that such clauses are agreed upon before the occurrence of a specific dispute has arisen and that third-party litigation funding will in general be agreed upon thereafter.

As a general rule, court hearings are open to the public. The law only provides for a limited number of exceptions, but these hardly apply to commercial disputes. Third-party litigation funders may, therefore, generally attend court hearings. Arbitration hearings are, on the contrary, held in camera and, absent the permission of the parties to the arbitration, the third-party funder may not attend such hearings. There is no rule that would prevent third-party funders from participating in settlement discussions.

In the funding agreement, the parties may agree that the third-party funder has a veto right. Parties may also agree that if the litigant refuses to accept a settlement that the funder considers appropriate, the litigant shall reimburse all costs of the funder, as well as the amount the funder would have received in case of a settlement. In a 2011 decision (ECLI:NL:GHAMS:2011:BU8763), the Amsterdam Court of Appeals held that such an arrangement is not invalid per se.

The circumstances in which the third-party funder may terminate funding would normally be agreed in the funding agreement. Absent any specific provision, it is not a given that the funder may terminate the funding agreement at will, in view of the potential exposure of the litigant; general principles of contract law will apply, under which termination would be justified in case of a default by the litigant. A rescission with immediate effect may be called for in the event of error or deceit.

As the third-party funder will generally not formally be party to the proceedings, one has difficulty imagining how the funder could take a formal role in the litigation process. Behind the scenes, the third-party funder may assist the litigant and counsel. The funder may also have an informal role in the litigation process and could, for example, assist with or directly enter into settlement discussions with the opposing party.

The general rules of professional conduct disallow Dutch lawyers from entering into conditional or contingency fee arrangements, except in case of personal injury claims where these are currently allowed, subject to a number of conditions. Litigation lawyers may, however, always conclude fee arrangements at a reduced hourly rate, provided at least the actual costs are covered, subject to subsequent increase in the event of victory or successful settlement. In this respect, an agreement that the fee will be increased with a percentage of the amount awarded is allowed. In addition, lawyers may agree to provide their services on the basis of generally accepted and commonly used debt collection fee rates. Unlike litigation lawyers, litigation funders may enter into conditional or contingency fee arrangements with the litigant.

Legal expenses insurance policies, although common in the Netherlands for consumers, are less popular with companies and generally contain a relevant number of exclusions. For mass claims, special litigation vehicles are created. These vehicles can be funded by third-party litigation funders or by a number of aggrieved parties; their ‘investment’ is limited to a fraction of the costs of litigation that the aggrieved party would incur when pursuing an individual claim. In a 2017 decision (ECLI:NL:RBAMS:2017:6607) the District Court in Amsterdam confirmed that the assignment of a (tort) claim to a litigation funder is accepted in principle as not being contrary to good morals or public order.

In some 60 per cent of all commercial disputes, the first instance trial is decided in less than 12 months. These cases will, on average, be limited to a statement of claim followed by a statement of answer and a court hearing. Approximately 85 per cent of all commercial claims will be decided at first instance within 24 months.

Judgments rendered by Dutch courts will never require (contentious) enforcement proceedings. Arbitral awards rendered in the Netherlands can be enforced after an exequatur has been granted by the court. Exequatur proceedings are in principle ex parte proceedings, but the party that fears imminent enforcement may request the court to schedule a hearing before rendering an exequatur, if there are grounds for the annulment of the arbitral award. Foreign judgments and arbitral awards are often recognised and declared enforceable in the Netherlands. The Brussels I and Brussels I-bis Regulation, the Hague Convention on Choice of Court Agreements and the Convention on the Recognition and Enforcement of Foreign Arbitral Awards 1958 (New York Convention) are applicable in the Netherlands; the latter Convention only applies if the award was rendered in one of the 159 state parties where the Convention is currently in force.

Class actions and group actions are permitted. Under the Collective Settlement of Mass Claims Act (2005), the Amsterdam Court of Appeals can declare a collective settlement binding on all the aggrieved parties, whether Dutch or foreign, on an opt-out basis. The settlement agreement must be entered into by a special litigation vehicle duly representing the interests of the aggrieved parties and a party that has committed itself to compensate the aggrieved parties, such entity not necessarily being the party that caused the damage. This mechanism has often been applied with great success in international mass claims. The special litigation vehicle may be funded by third parties. Collective redress in group actions is presently not possible, but in 2016 the Justice Ministry submitted a draft bill for the revision of the Collective Settlement of Mass Claims Act (2005) enabling collective redress in group actions as well.

Can a third-party litigation funder be held liable for adversecosts?

As long as third-party litigation funders are not a party to the litigation, they cannot be held liable for adverse costs.

May the courts order a claimant or a third party to provide security for costs?

A third-party funder that is not a party to the litigation or the arbitration proceedings cannot be ordered to provide security for costs. Courts may only order that security for costs be provided by foreign claimants who reside in a jurisdiction where enforcement of a Dutch judgment is not provided for under any treaty; such costs will, however, always be limited to the costs that may be imposed on the unsuccessful party as discussed in question 17. Although the Dutch Arbitration Act does not contain any provision with respect to security for costs in relation to arbitral proceedings, it is generally accepted that tribunals may order security for costs. However, in practice, this rarely happens. Any security that must be provided pursuant to an order from the tribunal is calculated on the basis of how the proceedings are expected to evolve. In most cases, a party ordered to provide security for costs shall abide by the order by providing a bank guarantee for the set amount.

The fact that the claim was funded by a third party does, in itself, not influence the decision by a court or a tribunal, but may, in practice, contribute to solving the security issue.

ATE insurance is not used in the Netherlands, probably because the risk of significant adverse cost decisions is virtually non-existent, since costs are fixed and liquidated, as explained in question 17.

Very few disputes between litigants and their funders have resulted in published case law. In the above-mentioned 2011 decision (see question 8), the Amsterdam Court of Appeals held that a specific funding agreement with a consumer was valid, but that the third-party funder is under a duty of care to apprise the litigant of the ins and outs of the funding agreement, in particular, the fee structure, especially if the litigant is a consumer.

The case law of the Amsterdam Court of Appeals makes clear that collective settlements under the Collective Settlement of Mass Claims Act barely need to have Dutch elements, which makes these an inexpensive and attractive alternative to US litigation and the Dutch decision may be automatically recognised within the European Union. However, the current legislative initiative (see question 16), which will enable collective redress in class actions requires a relevant link to the Dutch jurisdiction.