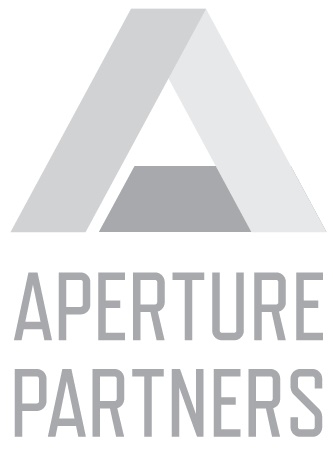 Weinstein Co., the Oscar-winning movie studio, fired co-founder and guiding creative force Harvey Weinstein, just days after he stepped away from the company over allegations of sexual harassment stretching back decades.

Weinstein, 65, had taken a leave of absence from the company he started with his brother Robert after the New York Times said he had reached settlements with at least eight women claiming to have been harassed by him. Among those were at least three employees and an unidentified actress, the Times said.

Many prominent men within US media circles have been brought down by allegations of sexual misconduct in the past year, including Fox News founder Roger Ailes, Fox News commentator Bill O’Reilly and comedian Bill Cosby, who was accused of rape in a case that ended in mistrial.

These high-profile cases serve as reminders to employers, whatever their industry or location, of the importance of having robust policies, procedures and practices in place, to prevent instances of sexual harassment.

Under Irish equality legislation, harassment is considered to be unwanted conduct related to any of the nine grounds, which has the purpose or effect of violating a person’s dignity and creating a humiliating, degrading, offensive, intimidating or hostile environment. Sexual harassment consists of any form of verbal, non-verbal or physical conduct of a sexual nature with the same purposes/effects as with harassment.

Under the Equality Act 2005, sexual harassment is defined as: any form of unwanted verbal, non-verbal or physical conduct of a sexual nature; being conduct which in either case has the purpose or effect of violating a person's dignity and creating an intimidating, hostile, degrading, humiliating or offensive environment for the person; and/or unwanted conduct that may consist of acts, requests, spoken words, gestures or the production, display or circulation of written words, pictures or other material.

It is important to note that this definition encompasses not only sexual harassment by co-workers, but clients, customers or other business contacts of the employer, including anyone the employer could reasonably expect the worker to encounter. It also extents to the employer, as was the case with Weinstein.

Many forms of behaviour can constitute sexual harassment. It includes examples like those contained in the following below although it must be emphasised that these examples are illustrative in nature, rather than exhaustive.

Under common law, employers have a general duty of care towards their employees and thus are compelled to take reasonable precautions to protect their employees’ safety while at work.

Current employment legislation stipulates that employers are vicariously liable in relation to bullying, harassment and sexual harassment, and thus employers are responsible for the actions of their employees, customers, suppliers and business contacts.

Where a bullying or harassment culture has been identified, employers must take reasonable measures to prevent incidents occurring. If such incidents occur again, employers should prevent it from worsening by providing support throughout the recuperation process.

In order to facilitate the successful implementation of a bullying, harassment and sexual harassment policy, such a policy will need to address the following areas of action: communication (the policy should be regularly communicated to employees); training (employers are required to train all staff who may have a responsibility in this area); contact person (contact persons should be appointed across the company, representing the breadth and diversity of employment roles); investigations (any incident of bullying and/or harassment needs to be identified and resolved, ideally through the informal, internal procedure or mediation); and monitoring (how the company will monitor the operation of the policy to ensure it is effective).

Hollywood now finds itself in a calamity not just because one of its most prominent moguls has been disgraced and fired from the company he co-founded, but because the allegations against him describe a dark underbelly of the movie business rarely inspected outside the industry. It’s a moment of reckoning for a Hollywood that has faced increasing scrutiny over its treatment of women, from pay equality to fair employment opportunity behind the camera.

But what can ‘regular’ employers do to prevent a working environment where harassment, especially sexual harassment, goes undetected or reported?

A policy or procedure produced by a company to prevent instances of sexual harassment should include a commitment to the robust monitoring of their occurrences. The only way a company can know whether its policy and procedures are working is to keep careful track of all complaints of sexual harassment and harassment and how they are resolved. This monitoring information should be used to evaluate the policy and procedures at regular intervals, with changes recommended where appropriate.

An important means of ensuring that sexual harassment or harassment does not occur is through the provision of training for managers, supervisors and all staff. This should happen for staff at induction or through appropriate awareness-raising initiatives. Such training should aim to identify the factors which contribute to a working environment free of sexual harassment and harassment and to familiarise participants with their responsibilities under the employer’s policy and problems they are likely to encounter. This is considered especially important for those members of staff responsible for implementing the policy and processing complaints.

It is essential for employers to attach to their policy a detailed complaints procedure that will be available to employees. Clients, customers and others who interact regularly with the organisation should be made aware of the employees’ right to make a complaint and that they may be requested to participate in the process.

The policy should include a commitment to review on a regular basis in line with changes in the law, relevant caselaw or other developments. A competent person should be designated to ensure that monitoring, training and reviews occur.