Design Patent Infringement is a Matter of Appearance and Appearances

Nike recently sued Skechers for infringement of twelve of Nike’s design patents. The Complaint convincingly establishes the similarity of the appearance of the shoes: 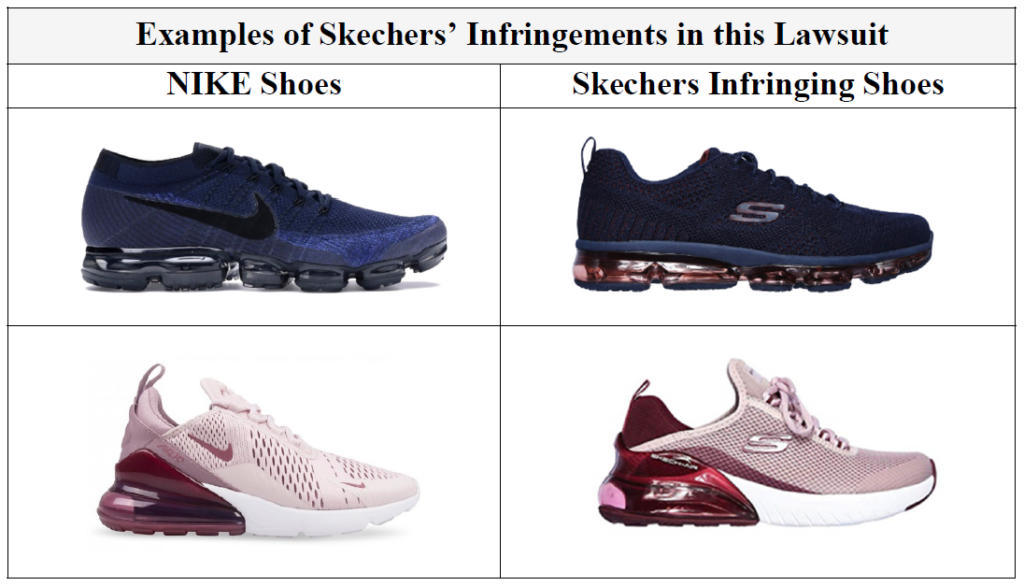 In addition to appearance, the Complaint also develops a convincing case on appearances, detailing Skechers strategy of copying: 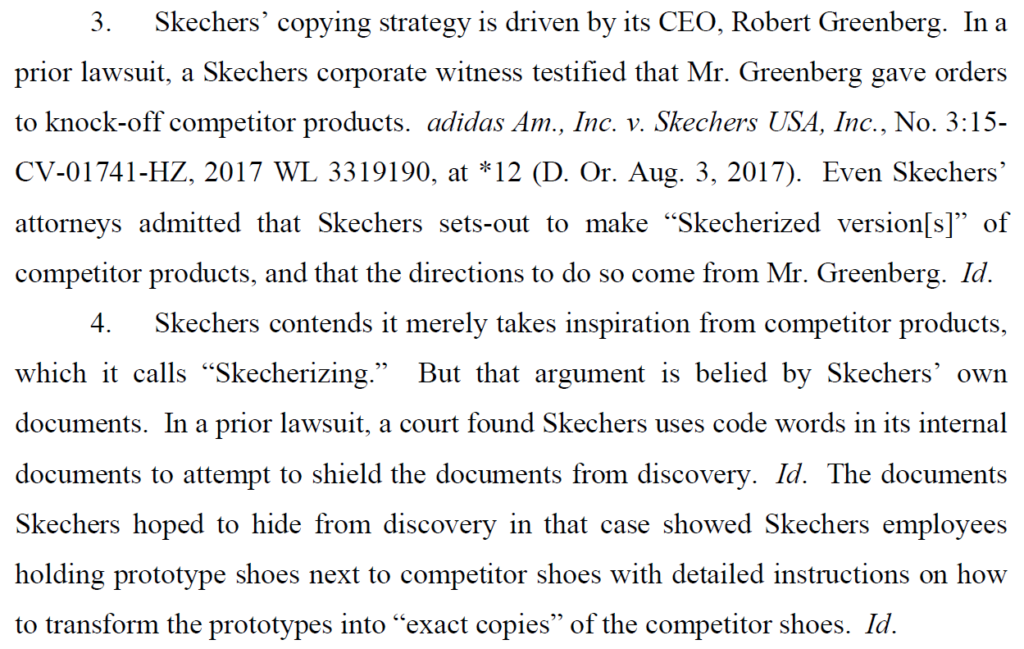 Nike’s Complaint recognizes that, while competition is legitimate, people innately believe that copying is wrong. While Skechers appears to embrace its conduct, most businesses work to preserve their image as legitimate competitors and not merely as copiers.

To this end, a business should pay attention to how it characterizes its own conduct. Internal project names that make the business look like a pirate, or internal communications that talk about “ripping off, “knocking off,” or even “copying,” can cast the company in a bad light to a judge or jury. If what the business is doing is legitimate, there is no need to characterize the conduct as improper or inappropriate. When the issue is design patent infringement, appearances can matter just as much as appearance.