On May 26, 2021, the U.S. Environmental Protection Agency (EPA) published its final decision expanding the boundaries of ozone non-attainment areas for sixteen counties in the states of Wisconsin, Illinois, Indiana and Missouri. The decision specifically relates to the 2015 National Ambient Air Quality Standards (NAAQS) for ozone and affects the following eastern Wisconsin counties: Milwaukee, Ozaukee, Racine, Waukesha, Washington, Sheboygan, Manitowoc and Door. These newly designated areas will be subject to more stringent Clean Air Act requirements that could limit opportunities for economic growth and development.

EPA initially made these designations in 3 rounds with the Wisconsin County designations promulgated on April 30, 2018. Multiple petitioners challenged these original designations which were consolidated into a single case, Clean Wisconsin v. EPA. In that case, the Court of Appeals for the D.C. Circuit held that EPA had failed to justify its narrow view of which areas should be included in nonattainment designations. As a result, the court remanded the designations back to EPA for further analysis and explanation. You can read more about the 2020 decision by visiting our publication here.

Notably, EPA’s recent decision relies upon the facts that were in the record that was compiled for the original April 2018 designations (i.e., EPA primarily used 2014-2016 ozone monitoring data). EPA did not rely on the current air quality data generated in counties (i.e., 2018-2020 data). That is significant for some counites, such as Manitowoc, which have recent data showing they are attaining compliance with the 2015 ozone NAAQS.

Final actions on the remanded Wisconsin counties include:

The new boundaries established by these designations can be found here and are depicted in the four maps below taken for the EPA’s Technical support Document: 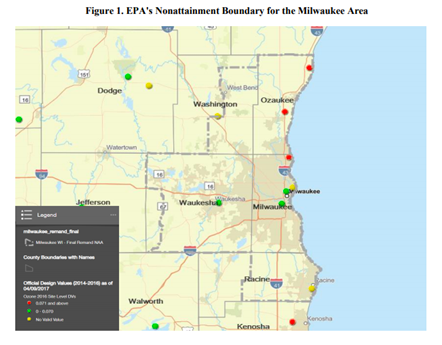 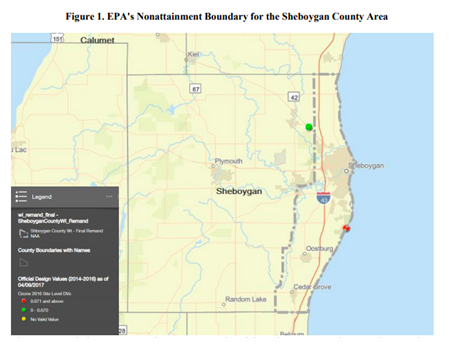 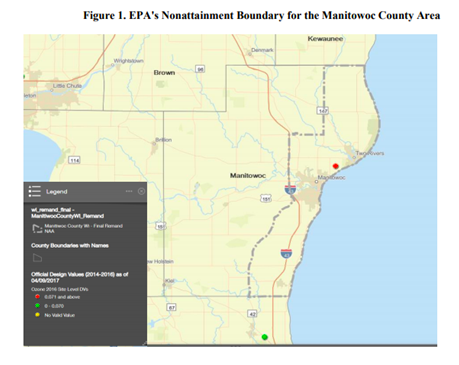 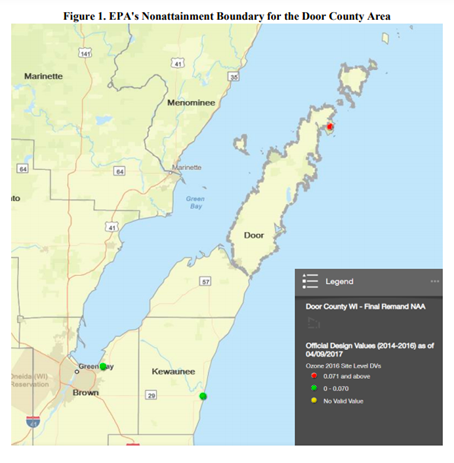