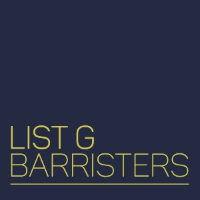 The Respondents, Cussons, Colgate-Palmolive Pty Ltd (Colgate) and Unilever Australia Limited (Unilever) (collectively, the Suppliers) were the largest manufacturers and wholesale suppliers of laundry detergents in the Australian market having between them, around an 80% market share. In 2009, the Suppliers launched new formulations of their laundry powders which were twice the concentration of their existing powders. At approximately the same time, the Suppliers ceased supplying their standard concentration laundry powders to Woolworths, Coles and Metcash.

Stemming from this event, the Australian Competition and Consumer Commission (ACCC) commenced proceedings against the Suppliers alleging anti-competitive conduct on their part. Colgate settled with the ACCC, paying pecuniary penalties of $18 million. Unilever was an immunity applicant and as a result was not a party to the proceedings. However the trial continued against Cussons.

Among other things, the ACCC alleged that Cussons entered into an agreement or understanding with other major suppliers of laundry detergent in Australia to transition to ultra-concentrated detergent and ceased supply of standard concentrates at approximately the same time, which had the purpose, or were likely to have the effect of substantially lessening competition. Justice Wigney of the Federal Court dismissed the ACCC’s claims and held that the ACCC had not discharged its burden of proving, on the balance of probabilities that Cussons had entered into the alleged arrangement. The ACCC appealed this decision to the Full Federal Court, whereby the Honourable Justices Middleton, Perram and Bromwich ordered that the appeal be dismissed and the Appellant pay the Second Respondent’s costs as assessed or agreed.

Please click here to read the judgement delivered by the Full Federal Court on 24 May 2019.