At a glance: hiring and wage & hour law in the USA (Virginia) 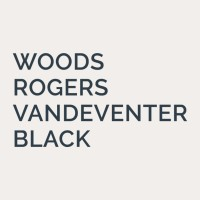 What are the requirements relating to advertising open positions?

Virginia has no specific requirements regarding an employer’s responsibility to advertise open positions. However, employers in Virginia are prevented from discriminating while hiring and should ensure that their advertising decisions are not motivated by discriminatory goals or have an unintentional disparate impact upon protected classifications. See Virginia Code § 2.2-3905.

Virginia Code § 18.2-216 also prohibits certain advertisements that are offered to create “interest therein” and contain “any promise, assertion, representation or statement of fact which is untrue, deceptive or misleading.” This general restriction may apply to job postings that include false information.

Employers also are prevented from inquiring about information regarding a previous arrest, criminal charge, or conviction (that is not open for public inspection) that falls under certain charges related to the possession of marijuana. See Virginia Code § 19.2-389.3.

Employers in certain industries (those that support children, the elderly (such as nursing homes), or provide drugs, guns, or medical services) are often required to inquire and establish a potential employee’s criminal records when hiring for certain positions and certain “barrier crimes” prevent employment. For example, firearms dealers are prohibited from hiring employees to sell firearms whose criminal records would prevent them from owning a gun. See Virginia Code § 18.2-308.2:3.

However, employers are prevented from requiring potential employees to cover the cost of providing any medical records or to pay the cost of undergoing a medical examination. See Virginia Code § 40.1-28.

Employers are also prohibited from requiring a genetic test as a condition of employment, or to utilize information about a potential employee’s genetic characteristics in their hiring decisions. See Virginia Code § 40.1-28.7:1.

Even if an employer chooses to request medical history as part of their hiring process they are prohibited from using that information to avoid hiring an individual that would require accommodations for their disability. See Virginia Code § 2.2-3905.1(3).

Virginia law does not regulate drug screening as part of the hiring process, but drug tests are required for certain positions in some industries. For example, Virginia Code § 54.1-3442.6(K) requires any pharmaceutical processor or cannabis dispensing facility to implement a pre-employment drug screening test.

Virginia does not have any credit check laws that are generally applicable to private employers. However, when requesting credit information, an employer should follow federal regulations such as the federal Fair Credit Reporting Act.

Employers with a contract worth over $50,000 with a Virginia agency that have sustained an average of 50 employees over the past 12 months are required to use the E-Verify program to verify information and worth authorization of their employees. See Virginia Code § 2.2-4308.2.

Virginia Code § 40.1-28.7:5 prohibits employers from requiring prospective employees to disclose the usernames or passwords to their social media accounts. Employers are also prevented from requiring a prospective employee to add individuals from the company to the contact lists that are associated with the potential employee’s accounts. However, this does not prevent an employer from accessing information on social media that is publicly available.

Virginia Code § 40.1-51.4:3 prohibits employers from requiring prospective employees to answer questions about their sexual activities in a polygraph test, unless the prospective employee’s sexual activities have resulted in a criminal conviction under the laws of Virginia. Employers are also required to destroy the record or maintain the confidentiality of the results of a polygraph test.

What are the main sources of wage and hour laws in your state?

Title 40.1 of the Code of Virginia governs Labor and Employment generally, and Code § 40.1-29 et seq. governs the payment of wages. Virginia traditionally aligns with the Fair Labor Standards Act (FLSA) with respect to overtime considerations, but in 2021 Virginia passed the Overtime Wage Act, Code § 40.1-29.2 (VOWA). VOWA created widespread confusion among employers and attorneys due to inconsistencies with the FLSA and, after a few agency attempts at clarifying the law, the Governor and General Assembly repealed VOWA effective July 1, 2022.

What is the minimum hourly wage?

What are the rules applicable to final pay and deductions from wages?

Virginia prohibits any improper deductions from pay regardless of whether the pay is the employee’s first or final payment. Virginia Code § 40.1-29(C) provides that “No employer shall withhold any part of the wages or salaries of any employee except for payroll, wage or withholding taxes or in accordance with law, without the written and signed authorization of the employee.”

Further, Code § 40.1-29(D) provides that “No employer shall require any employee, except executive personnel, to sign any contract or agreement which provides for the forfeiture of the employee's wages for time worked as a condition of employment or the continuance therein, except as otherwise provided by law.”

What are the requirements for meal and rest breaks?

What are the maximum hour rules?

How should overtime be calculated?

The same as federal law, with the exception of any claim arising during the brief period in which the Virginia Overtime Wage Act was in effect from July 1, 2021 until July 2, 2022. It is unclear how claims during this period will be treated, but VOWA overtime calculations varied from federal calculations in a number of ways that proved to be unworkable and ultimately led to VOWA’s repeal.

What exemptions are there from overtime?

The same as federal law, with the exception of any claim arising during the brief period in which the Virginia Overtime Wage Act was in effect from July 1, 2021 until July 2, 2022. It is unclear how claims during this period will be treated, but VOWA made it unclear which FLSA exemptions it incorporated and which it did not, ultimately leading to VOWA’s repeal.

What payroll and payment records must be maintained?