South Australia’s Minister for Energy and Mining, the Hon. Dan van Holst Pellekaan, last week (27 May 2019) announced that bidding is now open for a total of eight new Petroleum Exploration Licences (PELs) in the Cooper and Otway Basins. This follows a commitment by the South Australian Government to expand the State’s resources sector. Bidding closes at 4.00 pm (Australian Central Daylight Time) on Friday 29 November 2019.

The release in the Cooper Basin is the first major release of multiple blocks in the far north region of the State since 2013. The Basin is currently host to approximately 150 gas fields and 90 oil fields, with 700 gas producing wells and more than 360 oil producing wells. 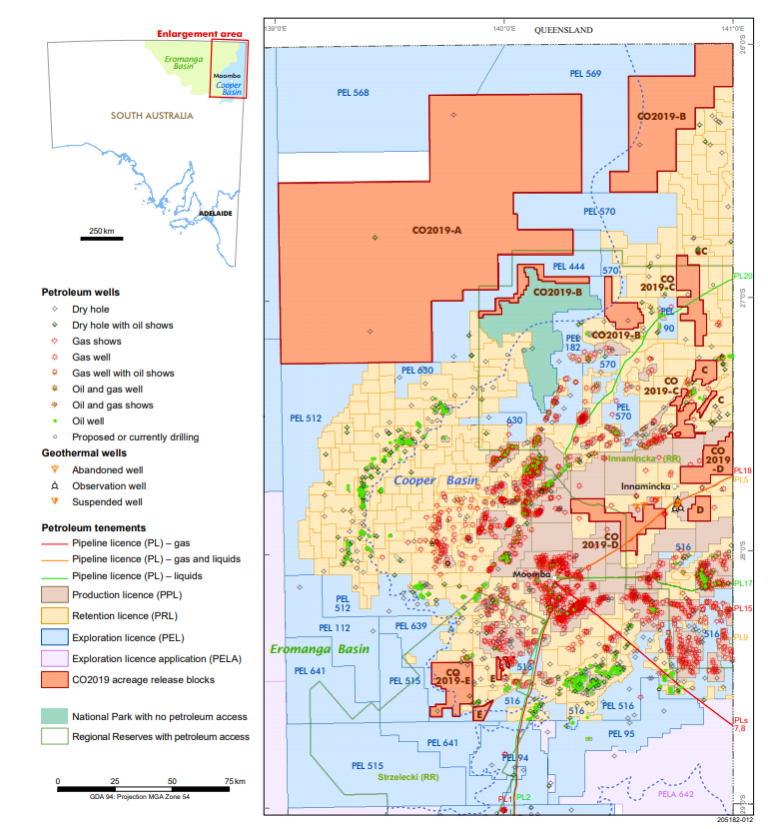 The Otway Basin, in the State’s Limestone Coast region, hosts a further three areas announced in this release, totalling 6,950.8 square kilometres (OT2019-A to C in Figure 2). Thirty-nine wells have been drilled throughout these release areas and the pipeline infrastructure throughout gives access to the South-East Australian gas market. 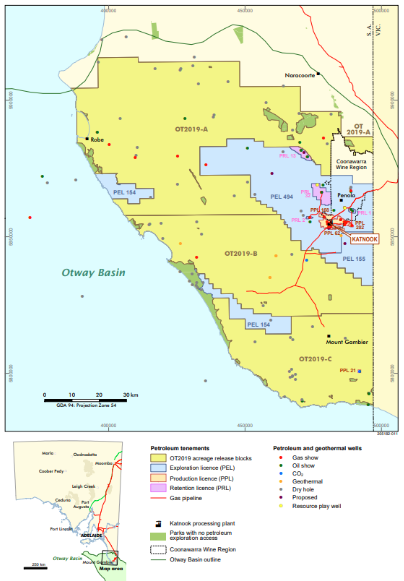 Winning Cooper and Otway Basin bidders will be selected on the basis of their total five-year work program bid. Applicants will be required to provide information on the adequacy of their financial resources and technical expertise to undertake the proposed work program, as well as their ability to ensure overall regulatory compliance.

Successful bidders will be able to acquire seismic and drill conventional oil and gas wells under the approval processes of the Petroleum and Geothermal Energy Act 2000 (SA).