US beauty product company, Hard Candy Cosmetics, has withdrawn a trade mark application for #MeToo after an overwhelming reaction from the public on social media.

“Me Too” (or #MeToo) spread virally in October 2017 as a two-word hashtag used on social media to help demonstrate the widespread prevalence of sexual assault and harassment, especially in the workplace. It followed soon after the public revelations of sexual misconduct allegations against Harvey Weinstein.

The phrase, long used by social activist Tarana Burke to help survivors realise they are not alone, was popularised by actress Alyssa Milano when she encouraged women to tweet it to “give people a sense of the magnitude of the problem.” 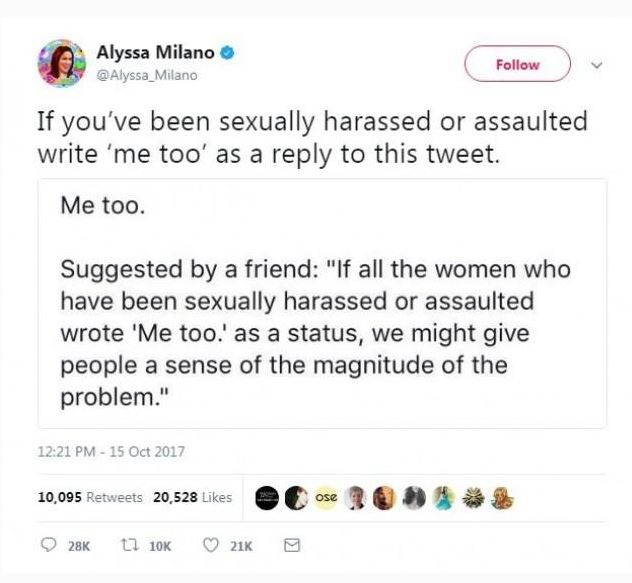 Since then, the phrase has been posted online millions of times, often with an accompanying personal story of sexual harassment or assault.

Hard Candy claimed in a statement that when the trade mark application for #metoo was filed, one of their objectives was to bring greater awareness to this important and long-overdue movement. They planned to donate 100% of all profits arising from the trade mark to #metoo.

However, the ‘Twitterverse’ was not convinced, and accused the company of trying to profit from a campaign relating to sexual harassment and assault. Consequently, the application to the US Patent and Trademark Office was abandoned on Thursday, January 18.

Kelly Thompson, Partner at Adams & Adams, explains that it is not uncommon, internationally, for people to rush to be the first to file a trade mark application for the latest hashtag, meme or popular term. Even if we were to believe that Hard Candy had ‘good intentions’, most people try to file hashtags as trade marks in the mistaken belief that, if they can be the first to get their foot in the door, they will secure trade mark protection for the hashtag and be able to demand massive licence fees from anyone who uses it. This simply isn’t true for various reasons.

Firstly, it is generally not possible to obtain trade mark protection for a trending word or term in common parlance. In order to be registrable, a trade mark must be distinctive of the proprietor’s goods or services. This takes us to the second point: one cannot simply attempt to monopolise a term for no reason. The person applying to register the trade mark must use, or intend to use, the trade mark in relation to specific goods or services and for the purpose of distinguishing those goods or services from those of others (ie. as a source identifier or “badge of origin” for their products or services). Filing for trade mark protection for the sole purpose of demanding fees from those who use it or even to “create awareness” about a campaign does not, per se, constitute a bona fide reason for the filing of an application. Finally, even if protection were to be secured (which is probably unlikely), this would not entitle the owner to stop ordinary people from using the hashtag in their social media posts in a non-trade mark sense.

The question of whether hashtags are registrable as trade marks has also been the subject of some debate. Generally, provided the hashtag truly fulfils a trade mark function (ie. is used as a badge of origin and not just as a means of directing internet users to certain information, which was the original purpose of a hashtag), and provided it fulfils the requirement of distinctiveness, there should be no inherent issue with its registrability. Numerous hashtags have been registered as trade marks in South Africa and abroad. While the US Patent and Trade Mark Office has issued specific guidelines regarding what they will look at when determining if a hashtag is registrable as a trade mark, the South African Companies and Intellectual Property Office will simply examine such an application in accordance with the usual requirements for trade mark protection.