It has been a quiet month in the world of recalls with only 13 product recalls issued in June. Still, other CPSC-related news is noteworthy.

Last month, the U.S. Senate confirmed President Trump’s appointment of Dana Baiocco to serve as a CPSC commissioner. If political ideology translates into voting trends on consumer safety issues—and it may not—Baiocco’s appointment creates a potential 2-2 voting “tie” at the CPSC, with two Republican and two Democratic commissioners. Now, Trump seeks to add a third Republican to the CPSC. On June 4, 2018, Trump nominated Peter Feldman to be a commissioner. Feldman is senior counsel to the U.S. Senate Committee on Commerce, Science and Transportation, and therefore advises on consumer protection, product safety, data and privacy issues. If confirmed, Feldman will complete the remainder of former Commissioner Joe Mohorovic’s term, which expires in October 2019. Feldman’s confirmation would mean that for the first time in nearly 12 years, Republican appointees would outnumber Democratic appointees at the CPSC.

June also ushered in a relatively rare federal court decision on a product safety issue arising from the long saga over spherical magnet sets featured in November’s Recall Roundup. Specifically, on June 12, 2018, a federal judge vacated a CPSC order compelling a recall of the magnet sets that the CPSC found to present a substantial product hazard. According to the court, a public statement by Commissioner Adler infected the CPSC’s action with bias sufficient to amount to a due process denial. At issue in the magnets case is whether the product warnings and the marketing strategy are sufficient to overcome the CPSC concerns about the hazards presented by the magnets.

The saga began in 2012 when a distributor refused to recall the magnet sets, prompting the CPSC to file an administrative complaint alleging the magnets sets were defective and presented a substantial product hazard because of the risk that young children would ingest the loose magnets. In 2016, an administrative law judge determined that the CPSC staff did not prove that the magnet sets were defective or constituted a substantial product hazard when sold with appropriate warnings and proper age recommendations. The CPSC staff appealed the decision to the CPSC, which had previously approved the filing of the administrative complaint. In 2017, the CPSC set aside the administrative law judge’s ruling, concluding that the magnet sets pose a substantial product hazard that cannot be mitigated by package warnings and ordering the distributor to recall the magnets sets. The distributor challenged that order in federal court, arguing (1) it was denied due process as a result of the CPSC’s alleged bias and prejudgment of the facts and law at issue, and (2) the order violated the Administrative Procedure Act because it was arbitrary and capricious.

On the bias issue, the distributor, and ultimately the federal court, pointed to Commissioner Adler’s statement in a rulemaking meeting before the CPSC considered the administrative appeal:

[T]he conclusion that I reach is that if these magnet sets remain on the market irrespective of how strong the warnings on the boxes in which they’re sold or how narrowly they are marketed to adults, children will continue to be at risk of debilitating harm or death from this product.

The court said that this statement “demonstrated an irrevocably closed mind, or at the very least the reasonable appearance that he had prejudged the key questions of fact and law at issue in the adjudication.” Thus, Commissioner Adler “was not capable of judging [the distributor’s] appeal fairly on the basis of its own circumstances.” Accordingly, the judge reversed and remanded with instructions to grant the distributor a “fair opportunity” to participate in the administrative appeal “before an impartial tribunal,” which means “the Commission is instructed to conduct the appellate review without the participation of Commissioner Adler.” On the arbitrary-and-capricious issue, the court reviewed the record and concluded the CPSC’s findings were not arbitrary and capricious because the CPSC properly used injury data and other appropriate factors in deciding the product’s warnings were insufficient.

The remand leaves three paths forward in this case. First, the CPSC can vote to appeal the judge’s decision to the Tenth Circuit Court of Appeals. Second, the CPSC can settle the matter with the distributor. Third, the CPSC can hold a rehearing on remand sans Commissioner Adler. The key issue on remand will remain whether warnings and the scope of marketing can mitigate the product hazards or whether these products will effectively become unmarketable consistent consumer safety standards. The CPSC’s new political makeup may impact its ultimate conclusion on that issue. 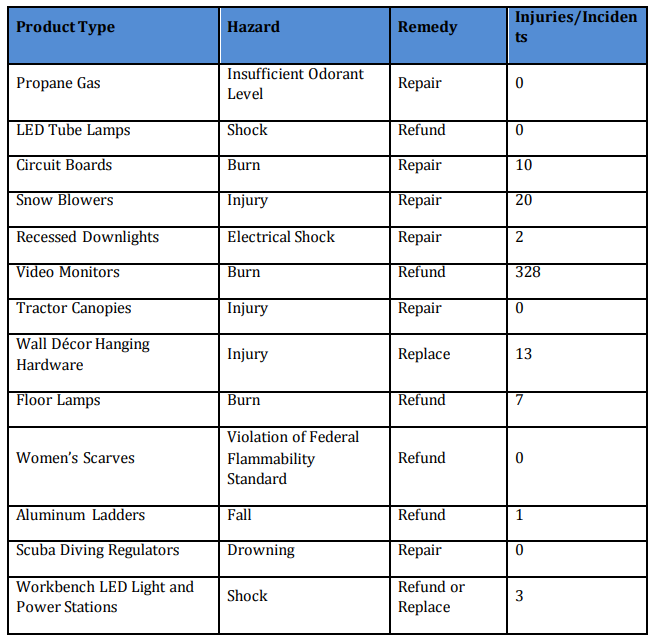