Overview of public procurement legislation at the turn of the year 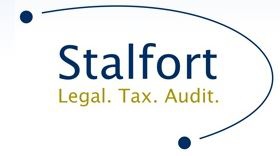 After the issue in 2016 of new primary and secondary procurement legislation, 2017 brought news in the public procurement field, mainly on the tertiary level of the legislation. Important points include:

2017 ended with an important Ordinance[3] that amended and supplemented the laws on classic procurement, on water, energy, transport and postal services procurement, on concessions, as well as the law on remedies in these areas.

The declared purposes of this Ordinance are:

(ii)        to avoid the risks of non-fulfilment of signed contracts following the increase of the national minimum salary;

In the following, we mention a few changes or supplements to the law on classic procurement[4].

For public supply and service contracts to be awarded by local authorities and further authorities subordinated to them, the Ordinance sets a new threshold of RON 929,089. However, according to the European Commission this threshold amounts to RON 994,942.

2.   Award of contracts for social and other specific services

depending on the estimated value of the contract.

Companies may submit requests for clarification of the tender documentation within the deadline mentioned in the publication notice. Instead of the three working days to provide the answers to each request, the authorities will set one or two deadlines in the notice, by which they must clearly and completely answer all inquiries. This must be done at least 10 days (in urgent cases, five days) before the submission of bids by the bidders.

It is clearly stated that if third parties or subcontractors are to be relied upon, they must sign their own ESPD, together with a commitment to support the bidder, respectively the subcontracting agreement.

6.   Deadline for awarding the contract

Contracting authorities must award the contract within the period of validity of the bids as specified in tender documentation; the 25-day deadline from the date of bid submission, applicable so far, has been cancelled.

A bid is admissible unless it is irregular (neconforma), unacceptable (inacceptabila) or unsuitable (neadecvata), the three terms being defined by law.

While some of the changes introduced by the Ordinance lead to the correlation of various legal provisions, others do not seem to meet the declared purposes of the Ordinance. It is, for example, questionable why provisions of the 2014 EU Directives on the threshold for local authorities are being implemented only now, for the purpose of promoting large investment projects in Romania. And does the elimination of the 25-day deadline for awarding the contract (which is not always met in practice) not contradict the original goal (to accelerate procedures) of the amendments to public procurement legislation? Finally, it will be interesting to see how the contracting authorities will set the deadlines for clarifications.