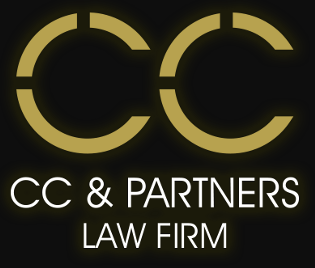 Any sign may be registered as an EUTM if it can distinguish the goods or services of one business enterprise from those of another, and if it can be represented in a clear, precise, self-contained, easily accessible, intelligible, durable, objective, unambiguous and consistent way.

An EUTM may indicatively consist of one or more of the following:

Non-traditional marks, such as sounds, tastes, smells, touch, position marks, 3D representation of a state, holograms or movement marks, are in principle registrable, provided they are distinctive and capable of being represented in a clear, precise, self-contained, easily accessible, intelligible, durable, objective, unambiguous and consistent way.

Absolute grounds for rejecting an EUTM application include (1) lack of distinctiveness, (2) the mark being generic or descriptive, (3) commonplace, (4) deceptive, (5) functional, either technically or aesthetically, or (6) contrary to public policy, or morality. In addition, marks are excluded from registration if they are similar to designations of origin, geographical indications, traditional terms of wines, guaranteed traditional specialities or plant varieties that are protected under EU law or under international conventions to which the EU is a party.

Absolute grounds are assessed in view of the goods or services applied for (i.e., a mark may be descriptive in respect of some goods but not of others), as well as in view of the perception of the public (i.e., whether the public perceives a mark as an indication of origin or not). Although the same criteria are used for all types of marks, public perception may differ for certain types of marks. Because of linguistic or cultural differences among the Member States, a mark may be descriptive, or commonplace, or may lack distinctiveness in some Member States, but not in all of them. Owing to the unitary nature of the EUTM, a mark qualifies for registration as an EUTM only if it is free of any objections based on absolute grounds in all Member States. Therefore, if a mark is descriptive in only one Member State, it cannot be registered as an EUTM and the application will fail.

The following are other notable examples from case law on absolute grounds.

The filing and registration process

An application for an EUTM can be filed either electronically (online) or in writing, sent by fax or mail. The application contains details of the applicant, its professional representative acting on its behalf before EUIPO, as well as the mark applied for and the goods or services associated with it. The application is accompanied by a power of attorney appointing the professional representative. The power of attorney and the application need no legalisation, neither certification, nor the Hague Convention Apostille. If the mark includes colours, the applicant is required to identify the colours by reference to a generally accepted colour index, such as the Pantone Index. If the mark includes figurative elements, the applicant can, on an optional basis, identify these figurative elements by reference to EUIPO’s Figurative Classification Manual (version 3.0, 15 March 2013), which is based on the codes provided in the Vienna Convention (1973) on the classification of figurative elements of marks (seventh edition, 2012).

The goods or services applied for are identified by reference to the Nice Classification Agreement (1957), currently consisting of 45 classes.

EUIPO does not carry out an ex officio search for prior rights on its own initiative. As a result, prior rights must be invoked by way of formal opposition proceedings, otherwise an EUTM application will succeed in being registered, even if it is confusingly similar to an earlier mark.

There follow some notable recent cases on likelihood of confusion.

Applications for invalidity of registered EUTMs

If an application for an EUTM has been registered, although there were absolute or relative grounds that should have resulted in its rejection, then this registration is open to cancellation (invalidity). There is no time limit restricting the filing of an application for invalidity. The effects of invalidity are retrospective and date back to the filing of the contested EUTM registration.

A registered EUTM can be revoked if:

There is no time limit for filing an application for revocation.

The effects of revocation are retrospective and date back to the date of filing of the application for revocation, or to another date fixed by the decision revoking the registration.

In respect of the form of the proceedings for oppositions, applications for invalidity and revocations, see Section II.ii.