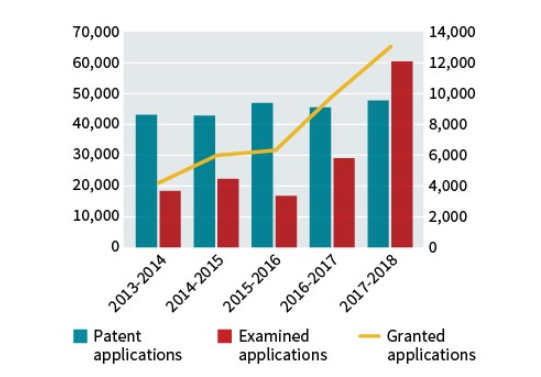 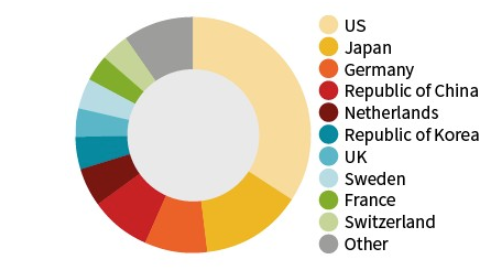 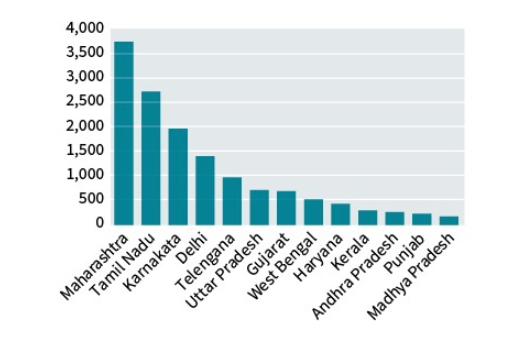 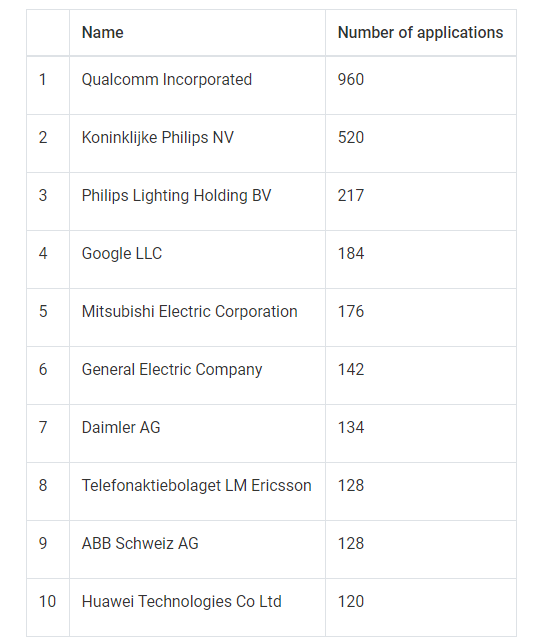 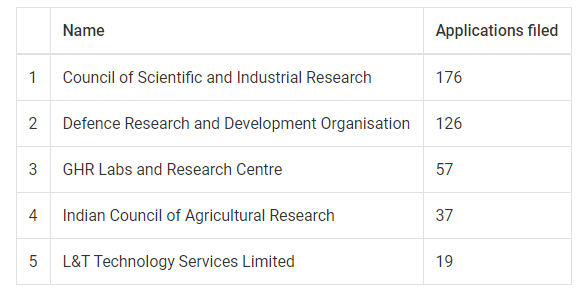 Top five Indian applicants for patents from institutes and universities

Number of patent applications filed during 2017-2018 by technology area

When it comes to applications by state, Maharashtra once again ranked at the top, growing its filings by 6%. Tamil Nadu held second place, with a 36% spike in filing levels over the course of the year.

Filings on behalf of foreign applicants slightly increased, totalling 32,304 applications. Most international entities sought protection through the Patent Cooperation Treaty (PCT) route, representing 26,584 of all applications filed – slightly down on the previous year. The top filers by country via the PCT route are:

Qualcomm once again featured as the top foreign applicant. A notable appearance on this list is Huawei.

Foreign applicants dominate in a number of technology areas, in particular, communication, physics, and polymer science and technology. Indian businesses also excel in a number of other sectors, such as bio-medical and agriculture engineering.

WIPRO Limited beat Tata Consultancy Services as the top applicants in the IT field. The field of IT, consulting and business process services has ramped up patent activity over the past five years. While its home jurisdiction is a key focus (covered under ‘other global’), the company has significantly increased its activity in the United States, as well as through the European Patent Office.