To which extent can artists use trademarks in their works?

The Benelux Court of Justice (“BCJ”), an international court composed of magistrates from the highest courts of the three Benelux countries, rules on issues regarding the application of the Benelux treaties such as the Benelux Convention on Intellectual Property (“BCIP”). It recently issued an interesting judgment on the use of well-known trademarks in art.

The dispute that gave rise to the referral to the BCJ

Dom Pérignon is - as all of you know - a well-known trademark, owned by the company Moët Hennessy Champagne Services (“MHCS”) and used all over the world for the production and distribution of Champagne.

A Belgian artist, Cedric Peers, who describes his style as “contemporary, playing with pointillism and pop-art”, created and sold paintings and clothing featuring the well-known Dom Pérignon trademarks. 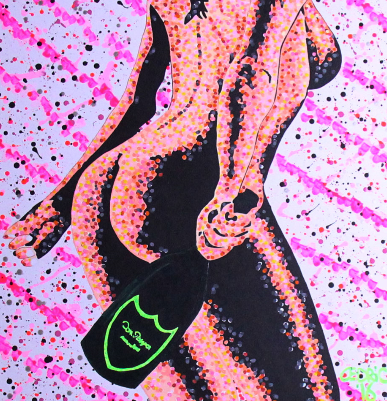 MHCS considered that the paintings and clothing constituted infringements of its trademarks and started proceedings before the Brussels Commercial Court.

The Brussels Commercial Court had the difficult duty to balance trademark law with the right to freedom of expression (in particular, the artistic freedom).

If it easily condemned the use of the trademarks for the clothing, the Brussels Commercial Court considered that the Dom Pérignon trademarks were used in the paintings “for purposes other than those of distinguishing goods or services”. Such use is prohibited by Article 2.20(2)(d) BCIP “where use of the sign without due cause, would take unfair advantage of or be detrimental to the distinctive character or the repute of the trademark” (own emphasis).

In order to rule on the case, the Brussels Commercial Court considered input from the BCJ indispensable. Consequently, it asked the latter (i) whether the freedom of expression and artistic freedom could constitute due cause for the use of a trademark and, if so, (ii) which criteria should be taken into account when assessing the balance between those rights and trademark rights.

Jurisprudence concerning the issue is scarce. There is one controversial but leading judgment in the Benelux. In 2011, the District Court of The Hague ruled in favor of the freedom of expression and decided that the artwork “Simple Living”, created by Nadia Plesner and displaying a young African boy holding a Chihuahua and a Louis Vuitton bag, did not infringe the registered design rights of Louis Vuitton. 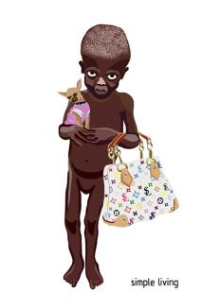 Crucial for the outcome of this case was the message that the artist wanted to spread. The Chihuahua and Louis Vuitton bag referred to Paris Hilton, who at the time appeared everywhere in the media, while the same media barely paid any attention to crises such as the genocide in Darfur. The artist therefore reasoned: "Since doing nothing but wearing designer bags and small ugly dogs apparently is enough to get you on a magazine cover, maybe it is worth a try for people who actually deserve and need attention".

The guidance of the BCJ

In a rather concise ruling, the BCJ held that the concept “due cause” also appears in the European Directive 2015/2436, which had been implemented in the BCIP. Therefore, the guidance provided by the European Court of Justice (“ECJ”) in this respect should be consulted. The BCJ referred to the judgment C-65/12 Leidseplein Beheer v Red Bull, in which the ECJ stated that "due cause" may also relate to subjective interests of a third party using a similar sign. Subsequently, the BCJ referred to recital 27 of Directive (EU) 2015/2436, which states:

It concludes that the artistic freedom constitutes a due cause for the use of a trademark or similar sign, other than for distinguishing goods or services, if the artistic expression is the original result of a creative design process that does not aim to harm the trademark nor the trademark owner.

It is unfortunate that the BCJ did not issue a more precise guidance on the criteria to be taken into consideration for the balance of interests as requested by the Brussels Commercial Court. For example, the latter asked whether it should take into account the extent to which the expression has a commercial character or purpose, or the extent to which the expression is socially relevant or engages in a societal debate.

The District Court of The Hague attached a lot of value to such circumstances in its ruling concerning the “Simple Living” artwork, which aimed to point out a problem in the Western society.

In the Brussels case, the circumstances seem different. The author appears to produce similar paintings in large(r) numbers, referring time and time again to well-known trademarks such as Dom Pérignon. 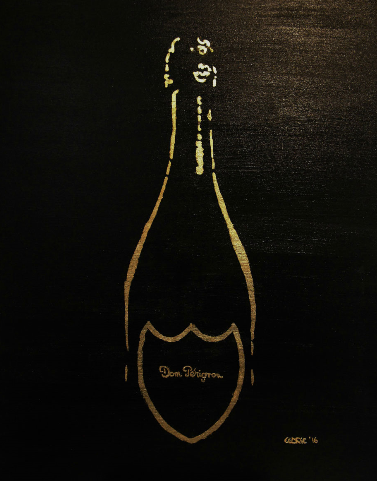 It will be up to the Brussels Commercial Court to determine whether such use falls within the honest practices in commercial matters. One can question indeed the existence of an artistic expression, which is supposed to be the original result of a creative design process, when the so-called artistic work is produced in large quantities and merely represents the trademark at stake.

Hopefully, judges will be sufficiently stringent, so that copying a trademark on a canvas will not be too easily labelled as art.