For a long time, the Irish have had a deep-rooted need to own their homes, unlike our neighbours in many parts of Europe. This was explained by hundreds of years of foreign rule with little tenant security. It seems that we have come full circle, writes Maples Group Partner Mary Dunne.

Until little over a decade ago, most young Irish people aspired to a mortgage, principally provided by traditional Irish banks. However, nowadays many young and not so young people in Ireland, particularly in Dublin, no longer aspire to own their own homes. They simply cannot access appropriate credit in many instances.

As we are all aware, there is a chronic shortage of rental properties, principally in the major Irish cities. But despite the fact that long-term renting is now a reality for many Irish people, including young families, our legislation has not achieved the kind of long-term tenure and protection that many of our European neighbours provide to tenants. Whilst we have begun down the road with legislation, it is easily circumvented by landlords and in many cases openly ignored as tenants do not have the resources to challenge them. Tenants are discouraged from spending money on a rented property because of the lack of security of tenure.

Private equity funds have become a major player in the Irish residential market. At first they bought up portfolios of under-performing mortgages. However, having seen the shortage in available rental properties, they are now funding, developing and holding large scale private rental schemes as landlords.

However, there are several large greenfield developments currently in planning and underway. Examples of such schemes include Honeypark in Dún Laoghaire, Clancy Quay in Dublin 8, the Grange on the N11 at Stillorgan and Mount Argus in Harold's Cross, which will be completed by the end of 2019. Key players in this market include Ires, Kennedy Wilson, Sw3, Tristan, Partrizia and Marlet.

These funds are thriving as a result of buying land and assets when they were at a very low cost, and they are also benefitting from the investment-friendly tax structures that exist in Ireland such as ICAVs and REITs. 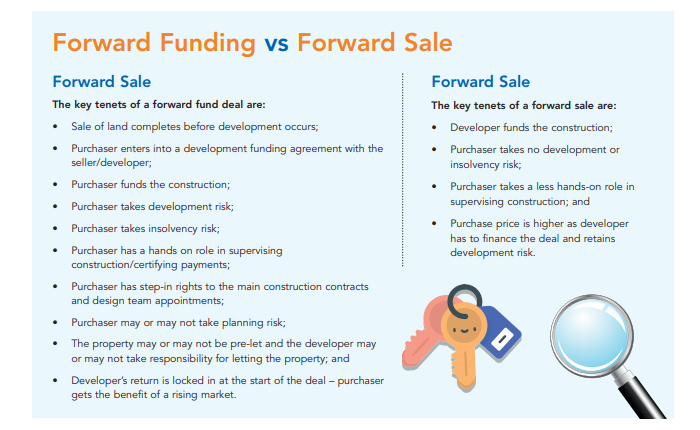 Firstly, given that equity funds are putting up to 70 per cent of equity into these developments, and this is essentially unsecured finance, it is bringing a rigour to the due diligence and risk analysis on these deals. Typically, the equity fund will bring in senior debt, but it tends to be in the region of 30-60 per cent of the development costs, as opposed to over 90 per cent during the last boom.

Secondly, equity funds ensure that the developments are institutional grade in terms of both specification and documentation. Construction contractor, design team and key subcontractors take a pass down of all design and build risk and must give collateral warranties/duty of care/step in rights to:

This ensures that the asset can be refinanced or sold with liability for design and development risks fully transferable. Again, it seems that we have come full circle. We have progressed from the worst of the deals that were financed in the run up to the financial crash, many of which suffered from little or no risk analysis and rigour, to institutional grade developments where due diligence and risk analysis ensure robust deals where all risks are carefully covered.

Whether one agrees or disagrees with the role of equity funds in the Irish rental market, whilst some may lament the fact that they will never own their own homes, the last piece of the jigsaw that has yet to catch up with this fundamental change in the way of living in Ireland is the protection of tenure of tenants, an essential element of this new way of living.

It may be a long way from John B. Keane’s The Field, but maybe not as far as would first appear.