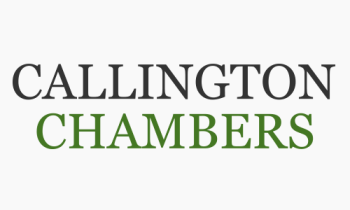 In October 2016 the Jersey Employment and Discrimination Tribunal (the “Tribunal”) published its decision in the case of Price v Jersey Women’s Refuge (the “Refuge”). We've summarised the decision below and set out some key points for managers.

The Applicant was employed as Deputy Manager of the Refuge. Having been an employee for 6 years, she was the subject of disciplinary proceedings in which it was alleged that she had behaved in a way which was “rude, dismissive, abrupt and unprofessional”. She unsuccessfully appealed a misconduct finding for which a formal written warning had been imposed. On 7 October 2015 she lodged two grievances but the Refuge failed to respond and the Applicant resigned with immediate effect on 23 October 2015. She then lodged a Tribunal claim for constructive dismissal on the basis of a flawed disciplinary process and the failure to respond to her grievances, describing the preceding 10 weeks as “nothing short of a campaign of harassment”.

The Tribunal held that the Applicant had been constructively dismissed and awarded her the total sum of £33,600 even though the Refuge is a charity and reliant on charitable donations.

At the centre of this case were allegations made in 2015 regarding the Applicant’s management style, purportedly uncovered by an external advisor brought in to review the services provided by the Refuge. However the advisor’s report was never finalised and precise details of the allegations were not provided to the Applicant.

In the Tribunal the Applicant alleged that the investigation and disciplinary process were unfair. Her case was that:

“She was...the victim of allegations that were false and were not properly investigated. The warning that she received…following the disciplinary process was entirely unjustified, relating as it did to matters which should not have attracted any criticism let alone formal sanction. The appeal process which upheld that sanction process flawed. On receipt of the final decision the Applicant filed grievances against another member of staff and against the committee of the Respondent. No substantive response was received to those grievances. As a consequence, her trust and confidence in her employer were irreparably damaged and she felt compelled to resign”.

The Tribunal was critical of the process followed for reasons including:

1. The decision not to share the facts surrounding the investigation and disciplinary with its full committee “may have been well-intentioned but it caused the procedure that was then followed to be fundamentally flawed”, including because those involved ended up wearing “too many hats”;

2. The investigation was “flawed” because the way it was conducted meant that “it was aimed at identifying a negative impression of the Applicant”;

3. The failure to provide the Applicant with specific details as to the allegations she faced was unfair, this being “the least which anyone facing a disciplinary hearing can expect”;

4. The disciplinary panel kept “no notes of their deliberations” and failed to clarify issues as requested by the Applicant;

5. Failings in the appeal procedure were “difficult to excuse” including, critically, as a consequence of the decision by the then Refuge Chairman, who had initiated the disciplinary process, to chair the appeal hearing.

This case serves as a salient reminder of the need for organisations across the board, including charities, to have in place investigative and disciplinary procedures that are fair and transparent. Unfortunately there are no black and white rules. It is difficult for any organisation to carry out a perfect investigative, disciplinary or appeal process, particularly where resources are limited. However the following points should always be taken into account:

1. The organisation should carry out a reasonable and thorough investigation.

2. Sufficient notice and information should be given to the subject of the disciplinary process to enable the person to understand the case and prepare fully for any hearing.

4. Adequate and clear records of the process should be kept.