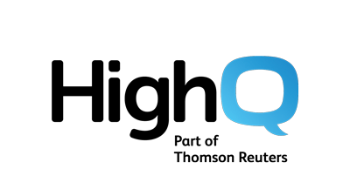 There’s no doubt about it - we’re in the golden age of startups.

Every second, three new businesses are launched worldwide, and it’s only speeding up. In 2015, the UK experienced its largest number of new businesses established since records began.

Startup culture is all about disruption. 90% of startups fail, but the 10% that survive do so because they disrupt the market. Uber, one of the most successful startups of all time, disrupted taxis. Airbnb disrupted the hotel and real estate industries. Amazon disrupted retail.

But what if the existing markets had disrupted themselves? We need only look to tech for an example of what happens when it's done right.

Apple is the most prolific and successful self-disrupter. Following the music industry-disrupting and hugely successful iPod, Apple released the iPod Mini, followed by the iPod Nano, followed ultimately by the iPhone (which rendered the iPod obsolete altogether) and then the iPad (which was a direct threat to the Mac). Apple aren't afraid to cannibalise their own successful products in favour of the new, disruptive products of the future. They recognise that if they don't do it, somebody else will.

Apple isn’t a typical startup, of course; it’s one of the world’s largest companies. But it follows a similar approach to continuous innovation that most successful startups are built on, which works for more than just tech companies.

Law firms could learn a lot from technology startups by taking a much more innovative, disruptive approach, rather than trying to sustain the status quo. Law firms can start to innovate simply by thinking about what they would do differently if they were starting today and consider innovation a necessity for survival in the same way startups do.

How Deloitte disrupted itself

It’s not just tech companies that have successfully innovated by setting out to deliberately disrupt themselves. Deloitte Digital have a £25 million innovation fund where they invest in disruption. The firm gives its employees the chance to become CEO of their own startup within Deloitte Digital, and give them the opportunity to try to get products to market.

Deloitte gives someone who has a great idea a chance to make it a reality, and create a startup that is owned by the firm. If it works, it might be the next big thing for Deloitte - the idea that takes them into the future.

An example of a successful Deloitte Digital startup that became a viable business is Spotlight, the automated audit risk tool.

Spotlight allows Deloitte to completely automate what was once a manual process that required a team of people to do. Deloitte is deliberately cannibalising this area of their own business but it allows the firm to put its experts to better use elsewhere.

Many firms don't think they have the right people internally to innovate and look outside for experts. But why not do what Deloitte Digital did and support the people in your organisation to think freely and take some risks? Doing so might just enable your company to come up with the industry's next big idea.

Deliberately setting out to disrupt your legacy business model by working on getting new ideas to market can fundamentally change how you operate.

What happens if you don’t innovate?

It may seem like businesses that have been around for decades haven’t deviated from their original business model but, in fact, the ones that are successful continuously adapt and innovate to keep up with disruptors.

Those that don’t get left behind, and risk losing out to new competition. In fact, there are many examples where established businesses have lost out from not innovating and allowing themselves to be disrupted.

But what if Gillette had done this before Dollar Shave Club came along? Not only would disrupting themselves have reduced the impact of outside competition, but it might even have created a strong new revenue stream for the century-old razor business.

BlackBerry, however, is perhaps the most prominent example of a business losing out by failing to innovate. Before the iPhone, BlackBerry was the market leader in mobile phone technology, and was itself a disruptor when it first introduced devices with full Qwerty keyboards that allowed people to access emails on the go.

At its height, BlackBerry was hugely successful and innovative - until it reached the peak of the mobile phone market and stopped innovating. Quickly, the BlackBerry phone was overtaken in the market by Apple's disruptor, the touch screen iPhone.

The company actively chose not to innovate by primarily sticking to variations on their original hardware design rather than going all in on modern touch devices combined with a software platform that the market demanded - and sales rapidly declined. Finally, in 2016 BlackBerry announced that they had stopped making hardware altogether.

A successful, innovative business stays successful by constantly reinventing itself and not being afraid to get rid of legacy. What might be a cash cow today will eventually get replaced by the next big thing. It’s not a matter of if, but a matter of when.

Clayton Christiansen coined the concept The Innovator’s Dilemma to describe the concept that companies focus too much on what works to meet customers’ current needs, at the expense of neglecting to prepare for what customers will need in the future.

By focussing too much on what works today and not thinking about what might work tomorrow, businesses are lost at sea when customer needs and wants change. Change is the only true constant - we all know that change will happen eventually. Often, we have no idea what the next thing will be but we always know there will be a next thing.

What will be the next big disruption in legal? We’re already seeing disruption to business models with NewLaw, and firms practicing SmartLaw using culture and technology to deliver a client-focussed service and innovative solutions based on artificial intelligence.

But what’s next? We don’t know yet.

That’s why you’ve got to have internal innovation teams constantly looking at the market and the competition and testing out new ideas. Most of them will fail, but one of them might be the next big thing. Whoever gets that right will be the leader in the next generation.

That’s the challenge in all industries. Whether it’s legal, financial services, accountancy… virtually every industry is experiencing disruption. You just need to look at the rise of Uber, Airbnb and Amazon, they disrupted transportation, real estate, and retail. Everything is getting disrupted and no one is immune. In order to stick around and stand out, a culture of innovation and self-disruption is key.

Incubating your own startup

Law firms can get the reap the same benefits as startups in the same way that Deloitte Digital did by embracing disruptive innovation. But key to this is having the right culture.

Firms must move away from their traditional culture and be open to new ways of working and willing to change the way they think and behave. They must leverage new technology and adapt their business models to match current and future client expectations.

To incubate your own startup, you must gather the right innovation team. The team should involve true technologists, business people, and lawyers - with everyone working in combination. The team needs to understand how to create new business models but also have the legal and technological expertise to be able to radically change how to approach a legal problem.

Deliberately trying to disrupt your old ways of working with something that’s better is the only way you’ll truly innovate and find the next big thing. The mindset has to be “there must be a better way”, and you must be willing to invest in innovation and take risks.

Law firms are perfectly positioned to disrupt themselves in the same way that Apple and Deloitte have done. They have the resources to invest in innovation, and the tools to do it. Don’t get stuck in the innovator’s dilemma. Tomorrow’s clients are here today, and they’re already searching for firms that offer new legal services. Don’t allow your firm to get disrupted by competitors that work to meet the needs of your clients better than you can.

So don't rest on your laurels, set up an internal innovation team and make it their mission to disrupt and destroy your legacy business. If they succeed, they may just save your firm in the process.