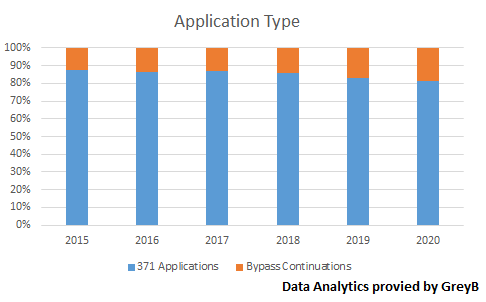 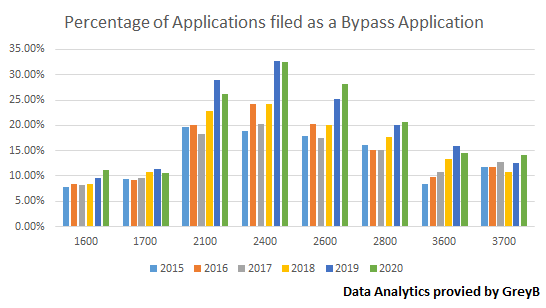 A key difference between 371 applications and bypass continuations is the standard used for restriction practice. When 371 applications are examined, the USPTO will apply the PCT unity of invention standard. Under the requirement of unity of invention, “one invention only or group of inventions so linked as to form a single general inventive concept” are permitted in an application.[i] Whether a group of inventions is considered sufficiently linked is based on the inventions having the same or corresponding “special technical features.” Special technical features” refer to “technical features that define a contribution which each of the claimed inventions, considered as a whole, makes over the prior art.”[ii] In contrast, a bypass continuation is examined under the US “independent and distinct” standard.[iii] Under this standard, inventions are distinct if not connected in at least one category of design, operation, or effect and one invention is novel and nonobvious over the other.[iv]

Some practitioners interpret the unity of invention standard as broader than the US “independent and distinct” standard. But do US Examiners apply differing restriction standards based on the type of national phase application in practice? Based on the data collected and illustrated in Figure 3, US Examiners have historically taken a slightly more aggressive stance on restriction of 371 applications under the “unity of invention” standard as compared to the “independent and distinct” standard for bypass continuations.[v] This trend does appear to begin to flip in 2019 and 2020. However, whether this trend will hold up as more applications from these years are examined remains to be seen. 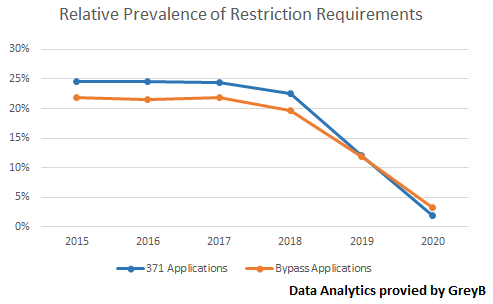 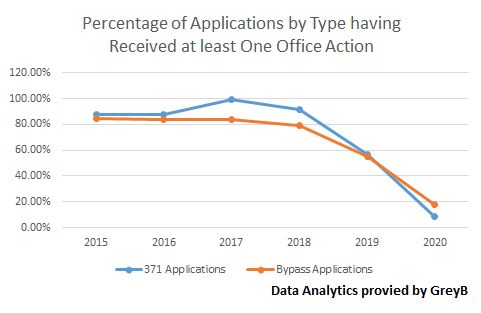 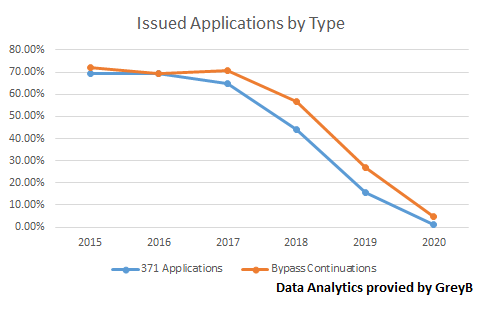