The case of Bio-Rad Laboratories, Inc. [2017] APO 38 was decided on 24 July 2017 by the Australian Patent Office and decided that computer-implemented claim 1 of Australian standard patent application 2016200387 was not a manner of manufacture within the meaning of section 6 of the Statute of Monopolies i.e. the claimed invention did not constitute patentable subject matter.

This case continues to exemplify that patent-eligibility of computer-implemented subject matter is still a contentious area because the substance and contribution of the claimed invention must be ascertained for each case, and the range of factors to be considered (or disregarded) is still evolving. 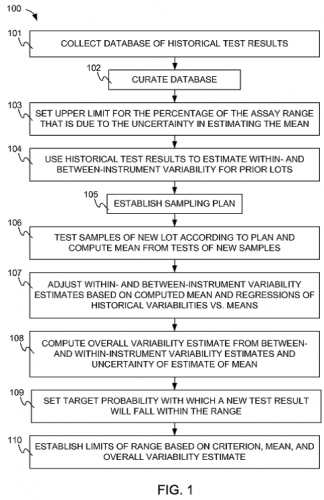 The Delegate found that “the inventors have used considerable ingenuity in devising their algorithm, which is based upon the idea of using historical data for a portion of its calculations”.

At paragraph 32: “The computational steps broadly defined by the claim (computing a mean of test results, computing a variability estimate from historical test results and computing a range of test result values within a specified probability) do not appear … to involve any more than straightforward mathematical operations … there is nothing to the computational characteristics of the described invention, as evidenced by the use of the expression “may” to refer to every item of computer hardware and software employed in an “exemplary computer system 500 in which embodiments of the present invention may be implemented.” … the computer is merely an intermediary or tool for performing the method while adding nothing of substance to the idea”.

The Delegate found that the invention “clearly” lies “in the generation, presentation, or arrangement of intellectual information … no matter how ingenious, economically advantageous or useful the invention is”.