Court of Cassation Luxembourg-termination of employment during posting period 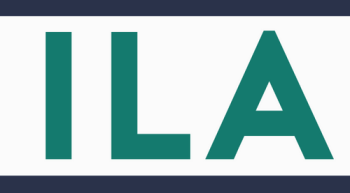 The Court of Cassation of Luxembourg overturned a Court of Appeal ruling relating to the interoperability between the Posting of Workers Directive and Rome I Regulation (78/2022 of 19/05/2022- CAS-2021-00082).

At the age of 62, the plaintiff in cassation was hired by the Luxembourg branch of a French company, for an indefinite period (employment contract submitted to the Luxembourg law).

Seven months later, the employee was seconded to the French company, for an anticipated period of five years.

Approximatively two years after the commencement of the assignment in France, the employer notified the employee of the automatic termination of the employment, on the employee's 65th birthday, in application of the Luxembourg Labour Code.

In such circumstances, provided that:

the termination under the Luxembourg Labour Code would be void.

The Court of Appeal ruling

The Court of Appeal accepted the existence of a secondment in France (in the meaning of Directive 96/71/EC).

In accordance with the Court of Cassation reasoning, the Court of Appeal ruling must be interpreted as having considered the habitual place of work (in the meaning of Art 8.2 Rome I Regulation) as being in Luxembourg.

The determination of the habitual place of work would follow from the existence of a genuine secondment in the meaning of Directive 96/71/EC.

The Court of Cassation ruling

The Court of Cassation overturned the lower instance ruling on grounds of the Court of Appeal failure to answer to the employee’ submission. The latter disputed having been temporarily employed in France in the meaning of Art 8.2 second phrase Rome I Regulation.

Notes in the margin of the case

The existence of a posting (in the meaning of Directive 96/71/EC) has indeed an impact on the assessment of the case.

AG Kappweiler suggested that “The second phrase of paragraph 2 ("The country where the work is habitually carried out shall not be deemed to have changed if he is temporarily employed in another country.") refers to the posting of an employee.

To justify that conclusion, AG Kappweiler referred to the Opinion delivered by AG Bobek in Van den Bosch Transporten BV. AG Bobek emphasised the need of consistency in the interpretation of Directive 96/71/EC and Rome I Regulation as regards the material connection between the worker and a given Member State (Opinion AG Bobek, 30 April 2020, Van den Bosch Transporten BV, C‑815/18, EU:C:2020:319, paragraph 92).

The second phrase of paragraph 2 (Art 8.2 Rome I Regulation) does not refer exclusively to posting situations. Moreover, the second phrase is subordinated to the first: the country in which or, failing that, from which the employee habitually carries out his work in performance of the contract must be determined first. That country shall not be deemed to have changed if the employee is temporarily employed in another country.

Pursuant to Art 23 Rome I Regulation, that regulation shall not prejudice the application of (inter alia) Directive 96/71/EC.

It follows that it must be first ascertained whether the case falls under the scope of Directive 96/71/EC.

Provided that a genuine posting is identified in the meaning of Art 4 Directive 2014/67/EU, the conditions of conclusion and termination of the employment contract are determined by the law applicable to the employment relationship (law determined in accordance with Rome I Regulation).

The law applicable to the employment relationship is the law chosen by the parties (in the case at hand the law of Luxembourg), supplemented by provisions that cannot be derogated from by agreement under the law that would have been applicable in the absence of choice (if they are more favourable to the worker).

The law applicable in the absence of choice must be determined pursuant to Art 8.2 to 8.4 Rome I Regulation. Priority must be given to Art 8.2, the law of the country in which or, failing that, from which the employee habitually carries out his work in performance of the contract.

It follows that the law of the country where the work is habitually carried out must be determined (in the meaning of Art 8.2 Rome I Regulation).

Obviously, provided that following verification under Art 4 Directive 2014/67/EU, the posting does not fall under the scope of Directive 96/71/EC, Art 8 Rome I Regulation must be applied as well.

In both cases, the determination of the country in which or, failing that, from which the employee habitually carries out his work in performance of the contract, should consider the criteria that stem from relevant ECJ case-law (such as the place of actual employment, the nature of the work, the factors that characterise the activity of the employee, the country in which or from which the employee effectively carries out his/her tasks or the main part of his/her tasks, receives instructions concerning his/her tasks and organises his/her work).

As regards the quantitative criterion, reference should be made to the ECJ ruling in Weber (C-37/00) on the Brussels Convention:

“In the case of a contract of employment under which an employee performs for his employer the same activities in more than one Contracting State, it is necessary, in principle, to take account of the whole of the duration of the employment relationship in order to identify the place where the employee habitually works, within the meaning of Article 5(1)” (27 February 2002, Herbert Weber, C-37/00, EU:C:2002:122, paragraph 58).

The posting period does not represent per se a decisive indicator (long term posting is not limited in time). The question should be the proportionality between the length of the posting, and the period of employment effectively carried out in the “home Member State”.

The other criteria must be assessed considering the facts related to the case at hand (the Belgian Court of Cassation has recently overturned a Labour Court of Brussels ruling relating to the application of Art 19 Regulation 44/2001/EC, notably because only the quantitative criterion was considered- N° S.21.0038.F of 16 May 2022).