The ATO has been concerned with the Australian tax implications of non-residents operating or undertaking drilling operations in Australian waters. The ATO flagged a number of its concerns in Tax Alert TA 2016/4 based on the following common drilling rig/ship structure: 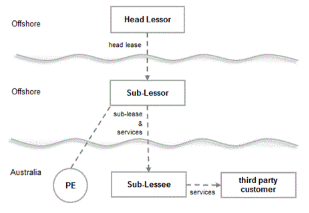 The Operator receives income under a drilling contract from a third party customer, and performs that contract with both local labour and the support of offshore related parties.

A key outgoing for the Operator is bareboat lease payments for the drilling rigs/ships paid to an offshore related party. The size of these lease payments can have a material impact on the taxable profits of the Australian Operator and hence are of interest to the ATO. 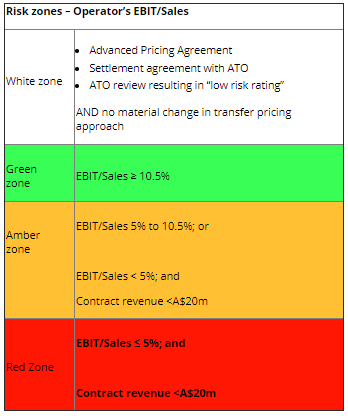 Life in the green zone

Taxpayers which qualify for the green zone have the following benefits: