Effective date of a contract under Vietnamese laws: can backdating be acceptable? 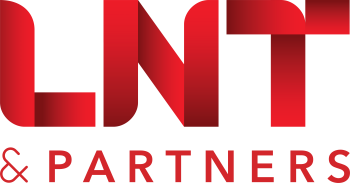 This article was first published on www.inhousecommunity.com on 20 November 2019.

From the effective date of a contract, one contracting party must discharge their contractual obligations to the other party. Before the effective date, no obligation arises. In business practice, there is one key question: Can it be agreed for a contract to be deemed effective from a date earlier than the signing date? Here are a few examples.

Case 1: A few days after purchasing his car, the owner has a traffic incident. An insurance policy is subsequently concluded in which the parties consider backdating it to cover compensation for the incident.

Case 2: A lessee has used her leased premises for a few weeks before signing the lease agreement which is stipulated to take effect not from the signing date but from the earlier date when she moved in.

In the above two cases, are the effective date arrangements legal and enforceable? Interestingly, due to the ambiguity of an article in its Civil Code, the answer remains somewhat arguable under Vietnamese laws. Thus, for contractual risk management, a proper understanding of Vietnamese contract law as well as a grasp of the country’s legal practice is necessary.

What does the law say?

Article 401.1 of the Civil Code 2015 of Vietnam provides, “A contract legally entered into shall take effect from the time it is entered into, unless otherwise agreed or otherwise provided by law”.

How is the law applied?

In short, despite the fact that the phrase “unless otherwise agreed” is open to interpretation, the prevalent understanding is: the parties may agree that their contract takes effect on or after the signing date. The other understanding i.e. that the parties may agree on an effective date which precedes the signing date is narrowly accepted in legal practice and subject to risks of non-enforceability.

The wording “unless otherwise agreed” is ambiguous. However, the ambiguity can be saved if the wording is read with the preceding term “legally entered into”. Article 3.3 of the Civil Code 2015 stipulates “each person must establish, exercise/ fulfill, or terminate his/her civil rights and/or obligations in the principle of goodwill and honesty”. The act of giving a contract a signing date different to the date the contract is actually signed could lead to the contract to being deemed not “legally entered into”, because the act could arguably violate the “honesty/ truthfulness” principle under Article 3.3 of the Civil Code. Thus, without examining the special law and regulations relating to insurance, the backdating in “case 1” above is not legal.

The legality of the understanding that the parties may contract out of the laws to set out an effective date prior to the signing date could be challenged by another provision of the Civil Code 2015. Article 385 of the law stipulates, “Civil contract means an agreement between parties in relation to the establishment, modification or termination of civil rights and obligations”. Here, the word “establishment”, which indicates the beginning of something rather than a past occurrence, can be interpreted to mean that no contractual rights or obligations can be “established” before a contract is concluded. In other words, performance of obligations under a contract must be subsequent to, and cannot predate, its conclusion. This is further reflected in other provisions of the Civil Code about offer and acceptance in the context of contract formation.

But it is obvious that the term “unless otherwise agreed” in Article 401.1 of the Civil Code 2015 is ambiguous and causing controversy in application of the law on effective date. The laws of Vietnam do not expressly prohibit the parties from stipulating an effective date prior to the signing date. Further, Vietnamese contract law seems to lack the concept of “consideration” as well as the supporting precedents which exist in common law systems. For example, under English law, “past consideration” is not qualified for contract formation. In this context, a legal practice has developed in Vietnam in which the other understanding i.e. that the parties may agree on an effective date which is earlier than the signing date is accepted narrowly and conditionally.

The term “unless otherwise agreed” of Article 401.1 of the Civil Code 2015 is ambiguous, causing controversy in application of the law on effective date

In “case 2” above regarding the lease contract, in practice, the parties’ agreement that the lease agreement takes effect from the date the lessee moved in could still be acceptable, subject to meeting all of the following requirements.

First, the agreement is to acknowledge the existence of the respective party’s contractual obligations, the performance of which has already commenced at the time the contract is signed. In this sense, the acknowledgement could be an exception to the “establish” (obligations) rule under the cited Article 385 of the Civil Code 2015.

Second, the contract is not required to be notarized. This is because in practice the notarization date of a contract is usually the same as its signing date.. And, due to the past practice, public notary often takes a prudent approach to consider that a notarized contract takes effect only on or after the date of notarization.

Third, backdating a contract is not to serve illegal purposes such as deceiving other or helping someone to obtain unjust benefit and/or causing disadvantage to third party e.g. backdating a pledge so as to create the liquidation priority for the pledgee with respect to the pledged asset.

It could be observed that the above three conditions are in fact covered by the prerequisite test of legal formation in the cited Article 401.1 of the Civil Code 2015, that is, the contract must first be entered into legally.

What to do to better manage the risks relating to contract effective date?