From air travel to data centres — can we sustainably maintain our modern lifestyles?

Thanks to TIME’s person of the year Greta Thunberg’s travels by sailboat across the Atlantic, the emissions caused by air travel are back under public scrutiny. Booking flights online has never been so easy, but this act is more damaging than is commonly known (or than we want to admit, anyway). I’m not only talking about the act of flying itself, but also the surprising amounts of energy consumed by the data centres that constitute the physical part of the ephemeral internet.

While air travel today counts for 2.5% of CO2 emissions globally — which may seem relatively small — this is expected to dramatically increase as more countries reach higher economic statuses. By 2037, passenger numbers globally are forecast to double to 8.2 billion.

Similarly, our global ICT ecosystem uses 2% of our total energy — but this is projected to at least quadruple to 8% by 2030 and could rise to as much as 21%. This is massively misunderstood in society. Not many people could tell you that every search engine query uses, on average, 0.3Wh of energy — equivalent to about 0.2g of CO2. To put this in context, the most viewed video on YouTube, which has over five billion views, has burned as much energy as 40,000 homes would use in one year.

Ultimately, as we know, our lifestyles are taking their toll on the planet. 99% of the scientific community have reached a consensus that humans are causing extreme global warming. Since it’s unlikely that our behaviours as a global community will change quickly enough and to such an extent to pause or reverse the damage, here’s a look at a few key inventions that could help to achieve guilt-free flying and use of our various devices. 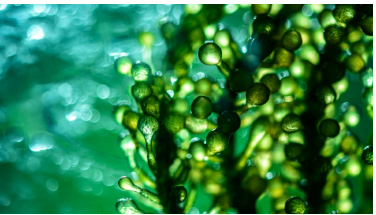 All aircraft fuel must meet strict quality standards worldwide and engines must be compatible with the fuel available in every country to facilitate refuelling at any stop. Any replacement biofuel would need to have a freezing temperature of -47C and a specific composition so as not to form soot when burned to meet these standards.

The inventors of EP1927644 (filed in 2007) disclose a method for producing such biofuel for airplane turbine engines. The patent describes producing synthetic fuel from gas extracted from biological materials using enzymes. It also discloses a handy tool for analysing mixtures of fossil-based jet engine fuel from biogas-based jet engine fuel by means of carbon dating. This works because fossil fuels are made from much older carbon in the same way that a fossil would be. This biofuel is claimed to fulfil all the requirements of aerospace and diesel fuels. 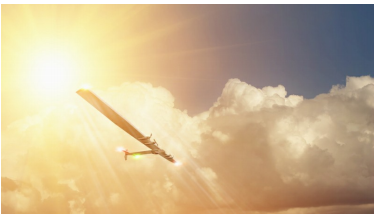 The solar-powered aircraft Solar Impulse made history in 2016 when it flew around the Earth without fuel at a slow and steady pace. This project highlighted the potential of solar power, although a larger wingspan than a Boeing 747 was required to fit enough solar panels to carry two pilots (and many batteries).

Two years prior, in 2014, Boeing filed patent US20160144969 which disclosed a solar powered aircraft intended to operate as a low orbit geostationary satellite. The patent describes using solar energy to operate a payload and maintain the aircraft in flight at a steady altitude for days, months or years. While it’s exciting to see a major aircraft manufacturer patenting a solar powered aircraft, we’re still some way from seeing solar powered commercial passenger flights. The patent points out that if the wings of a Boeing 747 were covered in perfectly efficient solar cells, this would only generate 0.8% of the energy it requires to operate.

While solar energy needs more innovation before it can be widely adopted, ideas like this could well be successful in the near future.

The European patent for this invention was granted this year. 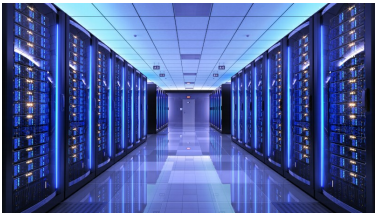 Data centres use energy when transmitting data to and from servers, as well as when cooling the hardware. Our shift to cloud computing has only raised the volume of energy consumed, as servers are stored in proximity in large facilities, thereby driving up the local temperature and requiring more energy for cooling than when data was stored on isolated machines in our homes.

However, they can be made more efficient. This is achieved by optimising the power used by machines and cooling systems, as well as by using state of the art machines. More efficiency could come from the programme processes, eliminating unnecessary operations or hibernating idle machines automatically. Economisers can also be installed which use outside air to provide cooling (though this is, of course, less useful in hotter climates).

While using outside air might seem like an obvious solution, it comes with challenges including the need to filter out pollutants and remove moisture from the air. Installing such filters requires them to be maintained and replaced periodically. One solution to this problem is provided by EP2555604, which discloses the use of pipes or separation plates to enable the outside air to cool recirculated internal air. This way, there’s no cross contamination of the internally recirculated clean air and the outside cool air. Heat exchange is facilitated through a conductive intermediary and therefore removes the need for the filtration of outside air.

So, should we all stop flying and googling? Not if we want continued growth as we know it across the global economy to help raise people above the poverty line. However, if we wish to retain both our modern lifestyles and a healthy planet, we need to find ways to reduce the harmful impact of technology.

Public pressure on tech companies to lower their carbon emissions has seen the likes of Facebook and Google funding renewable energy projects with the aim of contributing as much energy to the grid as is consumed by their data centres. However, this may not be enough and typically the targets agreed to by governments, such as the UK government’s pledge to reach net zero greenhouse gases by 2050, expect and rely on unknown technologies being developed.