About two years ago, the Federal Trade Commission sued F&G International Group Holdings, an affiliate of the company, and their owner (collectively, "F&G"), alleging that they made false claims in connection the marketing of commercial paints that are used as a thermal barrier and to provide moisture and corrosion protection. In its lawsuit, the FTC alleged that F&G deceptively claimed that its paint insulates, when, in fact, it does not.

According to the FTC's allegations, not only did F&G advertise that its paint "provides excellent insulation" at an "extreme insulation value," F&G misrepresented the paint's R-value (which is measures how well a barrier resists the flow of heat). Specifically, the FTC alleged that F&G claimed that its paint provides "an equivalent R value greater than 30," when, in fact, the actual R-value is substantially less than one.

Apparently, F&G never tested the product itself or commissioned any thermal insulation testing of the paint. Rather, F&G based its advertising claims on information it that it received from the inventor of the product. The court wrote, "Defendants have never themselves tested the Product or commissioned any thermal insulation testing on it -- they simply rely on data provided by [the inventor]."

The FTC moved for summary judgment, and a federal court in Georgia granted the motion. Here's why.

Although the FTC alleged falsity, what's really worth noting about this case is that the FTC also argued that F&G violated Section 5 because -- in only relying on what the inventor told F&G about the performance of the product -- it didn't have sufficient substantiation to back up its claims. And the court agreed. F&G also argued that, in addition to what it had been told by the inventor, customer satisfaction with the product -- actually, the lack of consumer complaints about the product -- also "establishes the product acts as an excellent insulator." The court was not persuaded, however.

There's no substitute for having proper substantiation for your advertising claims. What constitutes a "reasonable basis" is going to depend on a number of factors, including, the type of claim, the product, the consequences of a false claim, the benefits of a truthful claim, the cost of developing substantiation for the claim, and the amount of substantiation experts in the field believe is reasonable. When making specific performance claims, however, it unlikely that the FTC is going to agree that it's sufficient that you've simply relied on a third party's representations that those claims are truthful; you're actually going to want to have the studies -- competent and reliable scientific evidence -- to back up those representations. And, while it's great that you have satisfied customers, or haven't gotten many consumer complaints, individual consumer experiences about a product are not likely to provide a reasonable basis for your claims either.

"At a time of high energy prices and deep concern about inflation, today's ruling shows the impact FTC cases are having on issues of vital economic importance to American consumers" -- Sam Levine, Director, FTC Bureau of Consumer Protection 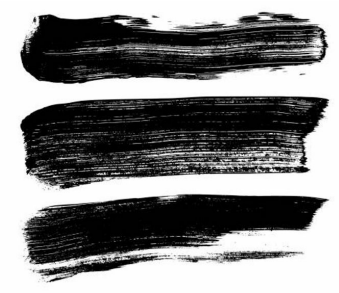