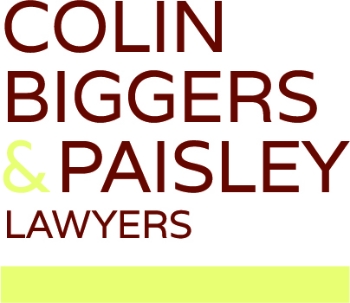 On 20 August 2013, the NSW Court of Appeal handed down an unexpected landmark decision in The Owners - Strata Plan No. 61288 v Brookfield Australia Investments Ltd [2013] NSWCA 317, when it found that a builder of mixed use apartments owed the subsequent owner, an owners corporation, a duty to take reasonable care to avoid economic loss arising from latent defects.

In August 1997 Chelsea Apartments Pty Ltd contracted with Multiplex Constructions Pty Ltd, now Brookfield Australia Investments Ltd ("the builder"), to carry out a $55 million development involving a 22 storey building in Chatswood. The first nine levels were to be serviced apartments and the next 12 levels were to be residential apartments.

In 1999 a certificate of final completion was issued, the strata plan for the serviced apartments was registered and The Owners - Strata Plan No 61288 ("the owners coporation") came into existence.

In November 2008 the owners corporation commenced proceedings against the builder for defective building works that were said to have been discovered in early 2004. By the time the case reached trial, the owners corporation had conceded that it was not entitled to the benefit of statutory warranties under the Home Building Act and, accordingly, its claim was brought in negligence under general law for pure economic loss.

A general law duty in the absence of statutory warranties?

In deciding whether the builder owed a duty of care to the owners corporation, McDougall J noted that he had addressed a similar claim in an earlier case, Owners Corporation Stata Plan 72535 v Brookfield Ltd [2012] NSWSC 712, involving a building known as "The Star of the Sea".

As noted by McDougall J, the duty of care relied upon in this case was one to take reasonable care to avoid a reasonably foreseeable economic loss to the owners corporation in having to make good the consequences of latent (non-obvious) defects caused by the building's defective design and/or construction.

The builder conceded that at the time of construction, it was reasonably foreseeable that if there were defects in the building, some of those defects might be latent at the time of registration.

In concluding that the builder did not owe a general law duty of care to the owners corporation, McDougall J based his reasoning upon three points:

The Court of Appeal evaluated each of the points sequentially.

A pivotal point of the reasoning that there was no room for a tortious duty owed by the builder to the original owner, Chelsea Apartments, rested upon the fact that there was a contractual arrangement between the builder and Chelsea that dealt comprehensively with their relationship.

In coming to his conclusion, the primary judge placed significant weight on a passage from Astley v Austrust Ltd [1999] HCA 6; 197 CLR 1 which posited that the law of negligence should not regulate the relationship of parties to a contract because the contract defined the relationship of the parties (at [47]).

The Court of Appeal noted that not only did this passage not support McDougall J's conclusion, but that it was premised on an assumption which is inconsistent with it. (In Astley, the High Court went on to find that there were concurrent duties.)

However, the Court of Appeal stated that the conclusion that there can be concurrent duties does not preclude a finding that, in a particular case, the general law duty has been excluded or limited by a contract between the parties.

Their Honours noted that in order to determine whether the general law duty has been excluded, it is necessary to consider the terms of the agreement. In this instance, their Honours found that the terms of agreement did not preclude the common law duty of care in tort.

McDougall J held that to consider whether the builder owed a duty of care to the subsequent owner "is inviting the courts to go where the legislature did not." The Court of Appeal found that support of this conclusion depended upon whether theHome Building Act and the Home Building Regulation excluded dwellings used for the purpose of overnight accommodation from the regime of protection.

The third basis that McDougall J relied upon in rejecting the notion that the builder owed a duty of care was that it "is not appropriate, at the trial level, to undertake the imposition of a novel duty of care." The Court of Appeal observed that McDougall J may have been overstating the expansion for which the appellant was contending.

Their Honours noted that similar claims have been upheld in other common law jurisdictions such as Canada, New Zealand and Singapore.

Whilst Basten JA and Macfarlan JA remained silent as to whether it was appropriate for a trial judge to find a novel duty of care, Leeming JA respectfully disagreed. His Honour opined that there is no reason why a "test case" cannot be run and won in the first instance (so long as binding authority does not preclude it).

The builder has appealed to the High Court so the current position might be reversed. We will publish further updates as new information comes to light.

This is commentary published by Colin Biggers & Paisley for general information purposes only. This should not be relied on as specific advice. You should seek your own legal and other advice for any question, or for any specific situation or proposal, before making any final decision. The content also is subject to change. A person listed may not be admitted as a lawyer in all States and Territories. © Colin Biggers & Paisley, Australia 2021.