The New Jersey Turnpike Authority (“NJTA”) was forced to pay a big toll when the United States Patent and Trademark Office, Trademark Trial and Appeal Board (the “Board”), dismissed its opposition to a pizza restaurant’s applied-for homage to the famous route to the Jersey shore.  In New Jersey Turnpike Authority v. Jersey Boardwalk Franchising Co., (Opposition No. 91219067 and Cancellation No. 92059657) (May 15, 2008), the Board found no likelihood of consumer confusion between the NJTA’s registered trademark and road sign and Applicant Jersey Boardwalk Franchising Co., Inc.’s (“JB”) Florida pizza restaurant’s mark, both of which are set forth below: 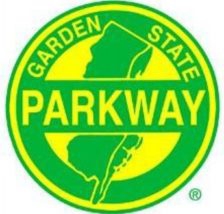 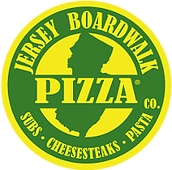 Standing: As a threshold matter, the Board held that NJTA had standing to pursue the opposition by virtue of its claim to host restaurants in its service areas.[1]

Strength of the Mark: NJTA contended that its mark is famous – that “a significant portion of the relevant consuming public … recognizes the mark as a source indicator.” It is black letter law that a very strong mark receives a wider latitude of legal protection in the likelihood of confusion analysis. To support its claim of fame, NJTA submitted evidence of traffic levels on the Garden State Parkway, toll revenues, third party media recognition, and its prior successful enforcement efforts. JB countered that this evidence merely established that the mark may be well-known as a traffic control marker in New Jersey. The Board concluded that the NJTA logo served as a “reasonably strong” service mark for highway management and maintenance and travel information services. However, its strength did not extend beyond those uses.

Third Party Use: JB argued that NJTA’s logo was commercially weak due to third-party use of the same or similar logos. It is well established that evidence of extensive registration and use of a mark or component of a mark by others can be powerful evidence of weakness. The Board rejected this argument because of the small number of third party uses in the record.

Similarity of the Marks: The Board noted that the overall layout of the marks was very similar, each having a circular shape featuring two bands of identical width as a border. In each mark, the thicker, innermost band serves as a background for wording that appears in all capital letters at the top of the circle – GARDEN STATE in NJTA’s mark and JERSEY BOARDWALK in JB’s mark. In each mark, a horizontal cross-bar of similar width serves as the background for the most prominently-sized word – PARKWAY in NJTA’s mark and PIZZA in JB’s mark – and overlays a large image of the state of New Jersey.

However, the silhouette of New Jersey in the two marks uses different wording. Because none of the wording is the same, there are visual differences, and the marks do not sound alike. The connotations of the marks share some commonality, by showing and referring to New Jersey, sometimes nicknamed “Jersey” or the “Garden State.” However, the Board found that the overall connotations differed in that NJTA’s mark refers to a roadway while JB’s mark refers to Italian food. All in all, and primarily because of the strong visual resemblance, the Board found the commercial impressions of the respective marks to be similar.

Relatedness of the Services: This was the key factor in this case.

NJTA focused its “related services” arguments on its alleged common law rights in restaurant services, but NJTA’s failure to establish prior use of its mark in connection with such services rendered these arguments moot.

Trade Channels: The same travelers who encounter NJTA’s road maintenance and management services, or travel information services, also stop and eat at restaurants. As a result, the Board held that there is at least a partial overlap in channels of trade and classes of consumers.

Actual Confusion: NJTA admitted “that there is minimal evidence of actual confusion in the record,” pointing only to an individual who reported JB’s use, but clearly recognized that the pizza restaurants were not provided or sponsored by NJTA. This type of report failed to show actual source confusion, as the consumer understood that JB’s restaurants bear no relationship to NJTA and that the sources of the services were distinct.

Bad Faith: Pointing to what would seem to be a key factor, NJTA claimed that JB chose its applied-for mark in bad faith. NJTA pointed to JB’s desire to “call to mind the State of New Jersey in the marketing of their restaurants,” and to the display of replica signage of NJTA’s mark in JB’s restaurants. Also, NJTA alleged bad faith based on JB’s filing of the application even after a cease-and-desist letter from NJTA.

While the Board noted that there was some similarity between the marks, that fact alone did not suffice to show bad faith in this case in light of the distinct services. Establishing bad faith requires showing that a party intentionally sought to trade on the goodwill or reputation associated with another’s mark. A finding of bad faith must be supported by evidence of an intent to confuse, rather than mere knowledge of another’s mark or even an intent to copy. The Board declined to find bad faith from JB’s creation of a New Jersey-themed motif for its restaurants, or from submission of the application even after NJTA’s cease-and-desist letter, because as JB’s expressed in its response to the letter, the applied-for mark is not likely to cause consumer confusion.

For all of those reasons, the Trademark Trial and Appeal Board concluded that source confusion was unlikely between the two marks and allowed JB’s proposed mark to proceed to registration.

To view all formatting for this article (eg, tables, footnotes), please access the original here.
Akerman LLP - Ira S. Sacks and Rachel B. Rudensky
﻿
Back Forward