The Mental Health Royal Commission was a Victorian Labour Government election promise announced by the incumbent Victorian Premier Daniel Andrews in October 2018, who spoke of a mental health system which "simply can't cope" and is in need of reform. 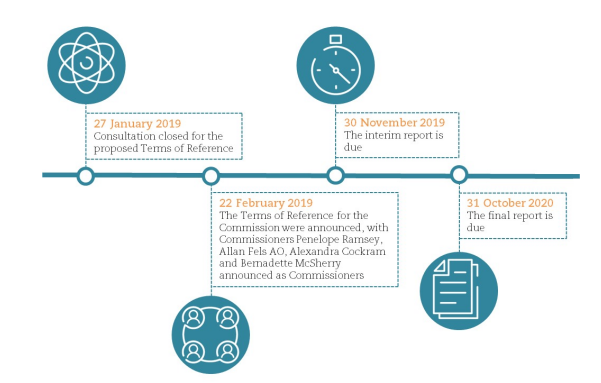 The focus of the Commission is how Victoria's mental health system can most effectively prevent mental illness, and deliver treatment, care and support to improve mental health outcomes.

The Commission is to receive up to $13,600,000 in funding, which the Victorian Government touts as an "investment", citing the billions of dollars in lost productivity each year due to mental health illnesses.

The Andrews Labour Government has vowed to implement every recommendation of the Commission. With the Victorian Mental Health Act 2014 coming up for review in 2019, we expect that the findings made by the Commission will shape the amendments to the Act.

Themes of the Commission

The full Terms of Reference can be found here. By way of summary, the key themes are an action list investigating "how to":

It appears from the Terms of Reference, that the focus of the Commission will be on reform and evidence-based policy change, rather than a criticism of current mismanagement and investigating potential abuse and inappropriate conduct by key players.

Organisations providing mental health services should start to undertake their own reviews assessing their organisation's performance against the key themes of the Commission. If organisations identify any weaknesses or deficiencies in their current procedures and practices, for example vulnerable subgroups are not adequately catered for, then organisations should seek to address these weaknesses in advance, to minimise the risk of adverse publicity.

Insurers should ensure that their policies do not discriminate against those with a mental health illness. This is particularly important in anticipation of the pending release of the Victorian Equal Opportunity and Human Rights Commission's report on unlawful discrimination of people with mental health issues in the Victorian travel insurance industry. Insurers should undertake a review of their policies and be on the front foot.