An introduction to public-private partnerships in Mexico 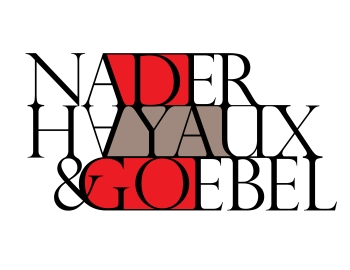 i Types of public-private partnership

There are different structures to develop PPP projects in general, including the following:

Regarding PPP contracts in particular, the PPP Law and its Regulations set forth a classification related to the funding used for the project:

In the last year, a couple of PPP projects have been structured for the first time through the self-financed PPP model for the development and construction of water and energy facilities (i.e., Mazatlán Aquarium). As previously explained, the private developers will not receive any payment from the public contracting parties; rather, they will repay the financing and recover their investment entirely through the cash flow obtained by operating the project.

The process of structuring, bidding and entering into a PPP contract is subject to the control of the public entity acting as contracting party in the relevant jurisdiction. As mentioned before, PPP matters are subject to federal and local statutes; therefore, the contracting party could be any federal, state or municipal authority developing a PPP project, whether state-owned companies, agencies, public trusts or any other governmental entity.

The Ministry of Finance and Public Credit is one of the principal authorities for PPPs in Mexico. It has jurisdiction to interpret the PPP Law for administrative purposes and to enact complex rules to prepare viability studies required to structure a PPP. Another relevant authority for PPPs is the Inter-Ministerial Commission on Public Expense, Financing and Disincorporation, which approves those projects previously analysed and authorised by the Ministry of Finance and Public Credit to be developed under the PPP scheme and that have complied with the regulatory requirements provided for in the PPP Law and its Regulations. Once the Inter-Ministerial Commission's authorisation has been granted, the projects are submitted to the budget and Public Account Commission of the House of Representatives (in Congress) for the authorisation of the allocation of budgetary federal funds.

The Ministry of Public Affairs also plays an important role in PPPs as it is in charge of state-owned property, valuations and investigation of public officials' responsibilities. The PPP Law also provides for the Ministry of Public Affairs' responsibility to provide information related to PPP projects and the bidding processes through CompraNet, including the supervision of the project and the enforcement of the PPP contract.

The Ministry of Environment and Natural Resources also participates by authorising the environmental impact assessments for PPP projects, intended to protect the environment, as well as to preserve and restore the ecosystems for the purpose of avoiding or minimising the adverse effects on the environment of works and activities caused by the development of the projects.

Other authorities at the federal, state and municipal levels may also be involved in the implementation of PPPs, for instance, to grant the specific permits, licences or authorisations required to develop the project (i.e., land-use licences, water supply and wastewater discharge permits, civil protection and municipal operating licences, among others).

A public entity interested in developing a PPP must first complete a structuring phase for the project according to the following considerations:

Moreover, the viability studies that the PPP Law provides for must include the:

i Expressions of interest

After the project is structured and approved by the corresponding authorities, the public entity publishes a tender notice or call inviting the private sector to participate in a bidding process. The tender notice shall be published in the contracting entity's website, in the Official Federal Gazette, in CompraNet and in a newspaper of major distribution. The PPP Law establishes that PPPs are subject to transparent and publicly available bidding processes.

Along with the tender notice, the contracting entity publishes bidding rules containing, among others, the:

After the tender notice and bidding rules are published, the contracting entity grants a period for Q&A with the participants (the PPP procedure shall have at least one Q&A meeting to clarify doubts and concerns that participants may have). Once that period is concluded, participants prepare and submit their technical and economic proposals. At the end of the bidding process, the project is awarded to the bidder that offered the best terms in price, quality, financing, opportunity and other circumstances as determined by the contracting party in the bidding rules.

Any person is allowed to attend the events of the bidding process as a public observer. Likewise, the bidding process shall have a social witness to verify that the procedures follow the principles of legality, free participation and competition, objectivity, impartiality, transparency and publicity.

Any individual or entity that fulfils the requirements established in the bidding rules is allowed to participate in the bidding process, whether individually or as a consortium. The term for the submission of proposals is at least 20 business days after the last Q&A meeting or event as provided for in the bidding process calendar. Bidders must submit a technical and an economic proposal for the project in separate and sealed envelopes, which are opened in a public session for evaluation.

The technical proposals shall contain, among others, technical aspects to carry out the project, including the development of the infrastructure and the provision of the services referred to in the bidding rules, as well as the commitment to create a special purpose vehicle (SPV) to develop the project. On the other hand, the economic proposals shall contain, among others, the minimum financial requirements, the project's financial model, investment amounts committed for the project and the price of the services to be provided.

Additionally, the PPP Law sets forth terms and conditions for the submission of unsolicited proposals by private sector entities interested in implementing a PPP project. An unsolicited proposal begins with the request for an expression of interest by the private sector to the public entity; the public entity shall respond within 30 business days whether it is interested or not in developing the project. Once the private sector obtains a favourable expression of interest from the public entity, it must prepare the unsolicited proposal with the following documentation: the viability studies including the description and characteristics of the project; legal, technical, economic and financial feasibility of the project as a PPP; essential elements of the PPP contract; and financial requirements and estimated investments.

Furthermore, public entities can ask for proposals of PPP projects they are willing to accept, specifying the sectors, subsectors, geographical matters, type of projects, estimated goals, relationship between the proposal and the purposes described in the National Development Plan, as well as the expected benefits. Interested parties take into consideration this information to prepare more accurate unsolicited proposals that could be admitted for public bidding.

The public entity receiving an unsolicited proposal has three months to conclude the analysis and evaluation of the proposal. This term may be extended for an additional three-month period if the complexity of the project requires so. In addition, the public entity may as well transfer the proposal to other authorities or invite federal, state or municipal entities to participate in the project, if applicable.

After the analysis and evaluation period, the public entity issues an opinion on the feasibility of the unsolicited proposal. If the proposal is considered feasible, the public entity has the right to call for a bidding process inviting private sector participants, which is conducted under the general rules of bidding procedure as provided for in the PPP Law. Still, if the promoting party that submitted the unsolicited proposal is the only participant in the bidding, the PPP contract may be directly awarded if it fulfils the corresponding requirements.

The promoting party of an unsolicited proposal is entitled to obtain an incentive in the evaluation of its offer during the bidding process, which shall be no greater than 10 per cent of the evaluation method over other bidders. It also has the obligation to convey the necessary information, documents and studies to the public entity to ensure fairness in the bidding. If the promoting party does not win the bidding, it has the right to receive the amounts expended to carry out the studies for the unsolicited proposal.

When evaluating the technical and economic proposals submitted by the bidders, the public entity is required to verify their compliance with all the requirements set forth in the bidding rules and the integration of every element contained in each proposal.

The PPP Law emphasises the importance of the objectiveness in the evaluation of the proposals, so that no participant is favoured over the others. For such purposes, the public entity may use an evaluation matrix that could consist of percentage points, cost-benefit criteria, point-rated criteria or any other quantifiable method that allows an objective and impartial evaluation. This evaluation criteria shall be clearly determined in the bidding rules so that every participant knows the method that the public entity will use to award the contract.

The public entity must evaluate the technical proposals of each bidder and, only if these proposals fulfil the necessary requirements provided for in the bidding rules, it continues with the evaluation of the economic proposals. The bidding rules provide for cases in which a proposal is considered insolvent, being the most common in the following cases: if the proposal is incomplete or its evaluation is impossible; if the proposal fails to comply with legal, technical or economic provisions contained in the bidding rules; and if the provided information is misleading or false.

To support the public entity's decision, it must issue a detailed opinion explaining the analysis of the proposals, the reasons for their admitting or discarding, a comparison between them, and the elements by which the winning proposal is considered to offer the best conditions for the project. The award is then notified to all participants in a public meeting and published in the entity's website and in CompraNet.