Why is it important for Romania to ratify Protocol No. 16 to the Convention for the Protection of Human Rights and Fundamental Freedoms 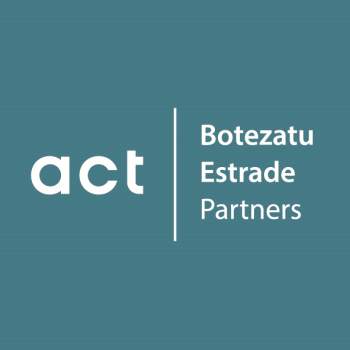 On August 1st, 2018, Protocol no. 16 to the Convention for the Protection of Human Rights and Fundamental Freedoms came into force.

Romania is one of the State Parties who signed the Protocol no. 16, but did not yet ratify it, though in 2016 the Romanian Government released for public debate a draft bill to ratify the Protocol.

The Protocol provides the possibility for Romanian Constitutional Court, High Court of Cassation and Justice and courts of appeal to file requests to the European Court of Human Rights (ECHR) to grant advisory opinions on questions of principle relating to the interpretation or application of the rights and freedoms defined in the Convention or the protocols thereto.

The advisory opinion may be requested by national courts only in the context of cases pending before them. The requesting courts shall give reasons for their requests and shall provide the relevant legal and factual background of the pending cases.

The importance of Protocol ratification is high, given the multiple practical implications – the advisory opinions delivered by the Grand Chamber of the ECHR, though not mandatory, have the ability to repair on time or to prevent the violation of human rights and fundamental freedoms of parties in pending trials and, in addition, may lead to avoiding some of Romania’s convictions by ECHR, at a time when Romania is one of the most sanctioned states by the Strasbourg Court.

Even though narrowing the range of courts that may request advisory opinions only to higher courts might create some inconveniences – in criminal matters, for example, where statistically the most serious violations of the right to a fair trial occur in the pre-trial phase and the consequences of the breaches are often difficult to repair and though the law excludes the possibility that some cases may end up before the courts of appeal at least, Protocol No. 16 is the first step towards creating a direct link between ECHR and the cases pending before national courts, about 65 years after the Convention entered into force.

Thus, the Protocol is a valuable practical instrument aiming to improve the implementation of Convention and the protocols thereto at national level, to ensure the compliance with their provisions and to diminish the divergent caselaw through extending the jurisdiction of the Strasbourg Court, which will be closer to ongoing judicial proceedings.

Following the ratification of the Protocol by Romania, in the absence of any contrary provisions in the ratification law or in the Criminal or Civil Procedure Codes, the parties may request the national courts to refer the ECHR directly under the provisions of Protocol No. 16.