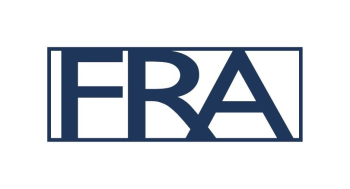 On December 9, 2016, the French authorities enacted Sapin II, a law that is intended to modernize the economy with transparency and anti-corruption.

At the heart of Sapin II is a procedure called the "Convention Judiciaire d'Intrt Public" (CJIP), similar to a Deferred Prosecution Agreement and created to allow the prosecution of corporate crime.An agreement between a company and its prosecutors is made, whereby a CIJP carries an admission of facts, but not guilt. Fines are calculated and, if appropriate, reduced.The legal process is accelerated, avoiding possibly bankrupting or debarring an organization.These benefits are conditional on the company complying in good faith with the terms below:

CJIPs are becoming more prevalent in France.To date, six have been signed since the CJIP was introduced only three years ago.This procedure allows companies and their advisers to benefit from an agreement with the French prosecutors, le Parquet National Financier (PNF).The CJIP procedure and its penalties are still new and are generating interest among companies and the public, with the most common questions being:

1. How is the amount of a fine determined?

2. Why is it not possible or advisable to predetermine the amount of a fine in multijurisdictional matters?

These questions are complex in the absence of a standardized methodology, and are open to multiple interpretations.Yousr Khalil, Partner in Forensic Risk Alliance (FRA) and head of its Paris office, is an expert in such fine calculations and has led some of the world's largest investigations in this field. She provides insight to these questions below and demonstrates the importance of the support of a forensic accounting team to a company undergoing a CJIP.

1. How to determine the penalty amount?

Legal liability, or identifying the illegally obtained contracts, is the main factor in determining the penalty calculation. It is important that only the tainted contracts or projects are established as the basis of the fine calculation. A company that has been transparent and cooperative but nonetheless penalized for legitimate contracts would naturally lose confidence in the CJIP process.

Once legal liability is established, the company and the authorities, with the assistance of the company's lawyers, can reach an agreement based on the number of projects or contracts to be included in the calculation of the fine, as well as the period over which it will be applied.

As a rule, the methodology for gain calculation is presented as follows:

This methodology is applied against contracts where legal liability has been previously established. It is important to note that the definition of gain for purposes of this calculation is not the same as gross profit as reported in financial statements. The interpretation of a forensic accountant is essential to identifying the elements of this calculation, most notably the costs related to potentially tainted contracts, which are not often easily discernable in the financial statements.

In an international regulatory litigation case covering many jurisdictions, it is necessary to establish a common and principled methodology agreed by the various authorities to determine the fine. This mutually agreed methodology aligns the interests of all parties involved, providing the means of establishing an amount accepted by all, and allowing for the success of the CJIP. It also mitigates any forum-shopping risk.

Following the authorities' agreement on the gain calculation methodology, which would have incorporated input from the defendant and its legal and financial advisers, forensic accountants can quantify the associated gain, reconcile this to the authorities, and determine a penalty amount. In France, this penalty will have a ceiling of 30% of the company's average sales over the three complete financial years ended prior to the CJIP's signature date. In reality, the penalty should fall significantly below this ceiling.

iii. Engaging the right team for the calculation

A forensic accounting team will model the potentially illegally gotten gain using the revenues and costs associated with the tainted contracts to determine a fine that is both proportionate and reasonable.This is based on the evidence collected and reviewed during the investigation.

Having an experienced forensic accounting team in this complex calculation process is necessary to determine the penalty amount. First of all, gain is not the equivalent of gross profit. Forensic accountants have experience identifying costs that are readily and directly attributable to the tainted contracts a review that is not common practice in day-to-day management accounting.

The collaboration between the forensic accountants and the company's internal accounting teams is essential to ensure a proper reflection of the company's operations in the development of the gain calculation model and related cost elements.

The forensic accounting team also ensures the completeness and integrity of the financial data collected, adding a degree of impartiality to the analysis that authorities will look for.

In summary, the three elements key in determining a fine are establishing the company's legal liability for tainted contracts, reaching agreement amongst authorities on a common and principled methodology to the fine calculation, and engaging a forensic team with the necessary experience to lead the fine calculation.

2. Why is it not possible or advisable to predetermine the amount of a fine in multijurisdictional matters?

Before we look at this question specifically, we would argue that any fine needs to be determined on a principled basis. Otherwise, the process is left open to accusations of being arbitrary which would be difficult to justify to a judge or the public.The profit data therefore needs to be robust, accurate and equitably calculated. Multipliers and discounts are applied to take into account the severity of the alleged bad acts and the extent of cooperation. Further, adjustments can and often are made to take into account affordability (or not) of the fine in its totality.

Predetermining the fine is not possible or advisable for the following reasons:

i. A predetermined amount concluded between the legal authority and a company exposes the latter to the risk of subsequent legal pursuit by other third parties, including but not limited to other competent jurisdictions, shareholders, and competitors.There is a possibility of separate prosecutions on the same facts and class action suits against the company and its management.

ii. In international cases, regulatory authorities reach an agreement on a global fine through cooperation. The use of inconsistent calculation methods to find predetermined amounts with each authority would undermine this cooperation.

iii. If a predetermined fine is not favorable (i.e. too high) to the company, it will discontinue its efforts to reach a CJIP agreement.

iv. Finally, based on numerous projects FRA has supported involving the American (DOJ and the SEC), English (SFO), Dutch (OP), Swedish, Brazilian and other authorities, fines have never been predetermined.The amount of the fine was limited by the legal liability that was initially established (identification of tainted contracts).Therefore, if this parameter is correctly defined, a predetermined fine cannot be justified.

The insight detailed above outlines FRA's approach on the complex issues surrounding the fine calculation methodology for a CJIP.

As mentioned, the calculation of the fine is founded on the company's legal liability, a unified and principled approach to relevant profit calculation, and the support of a skilled forensic accounting team.

Moreover, predetermining a penalty amount is not a defensible practice. In litigation, no one stands to gain from arbitrarily predefining fines neither the company and its advisers nor the authorities. On the contrary, a reverse engineered fine could ultimately lead to additional lawsuits from stakeholders or other authorities. It could also expose the company to follow-on and/or parallel prosecution or sanctions which could have wide-reaching repercussions.

Finally, CJIPs were created to support law enforcement against corporate crime while preserving the company's financial viability. Its objective is to reach a mutual agreement, without a trial, defending the public's general interest while protecting, where appropriate, the sustainability of the company's business.