Beyoncé vs. Feyoncé: Am I Totally Diluted, or Should I Put a Ring on It?

In April 2016, Beyoncé Knowles-Carter (known mononymously as “Beyoncé”) filed a trademark suit in the Southern District of New York against Feyonce, Inc., an online business that sells clothing, apparel, and assorted goods with the mark FEYONCÉ and certain phrases from Beyoncé’s songs. In the complaint, Beyoncé asserted trademark infringement and dilution, unfair competition, and unjust enrichment, and she sought a permanent injunction against Feyonce, Inc.’s further use of the allegedly infringing mark. In November 2017, Beyoncé filed a Partial Motion for Summary Judgment and entry of a permanent injunction against Feyonce, Inc. Her motion was denied by Judge Alison Nathan in October 2018.

Beyoncé is arguably one of the world’s biggest international superstars. She has owned the federal trademark BEYONCÉ, through her holding company, BGK Trademark Holdings LLC, since 2004. The federal registration includes clothing such as shirts, sweaters, blouses, jackets, hats, and caps. Beyoncé has sold clothing and apparel under the mark BEYONCÉ on her website since 2003.

In 2016, Feyonce, Inc. began selling clothing and other assorted goods on a website with the domain name <feyonceshop.com> and from an Etsy shop called “FeyonceShop”. The company claims that the term FEYONCÉ was to be pronounced like “fiancé”, as many of the goods it sells are marketed towards soon-to-be married consumers. 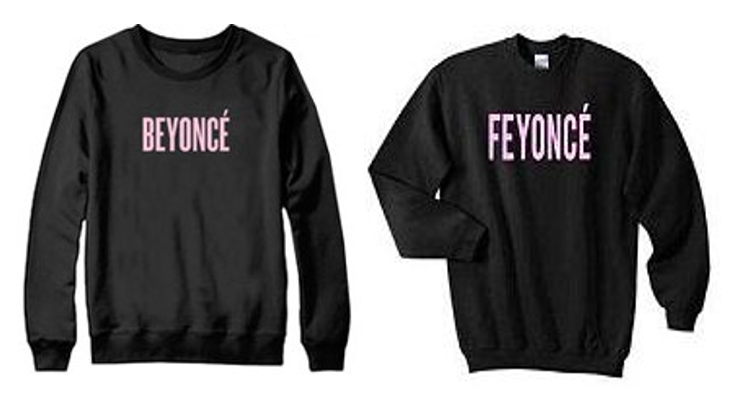 In order for a court to grant a motion for summary judgement there must be no genuine dispute of material fact and the party moving for summary judgement must be entitled to judgement as a matter of law . This is typically a very high bar to reach. Trademark dilution by blurring refers to the association arising from the similarity between a mark and a famous mark to the point that it impairs the distinctiveness of the famous mark. While there are several factors that courts will look at to analyze the marks, the ultimate focus is whether the association arising from the similarity impairs the ability of the famous mark to serve as a unique identifier. These are the standards by which Judge Nathan analyzed the dilution claim in Beyoncé’s motion for summary judgement.

In Beyoncé’s case, there was no dispute as to whether her mark was famous and distinctive, nor was there any question that the BEYONCÉ mark was used in commerce prior to the FEYONCÉ mark. The only question was whether Beyoncé could establish dilution as a matter of law. Judge Nathan found that even though it is clear Feyonce, Inc. intended to associate the two marks and that consumers did indeed associate the marks, Feyonce, Inc. did so “imperfectly, so as to convey the simultaneous message that it was not in fact a source” of the BEYONCÉ mark products, so the risk of blurring may be minimal. Louis Vuitton Malletier, S.A. v. HauteDiggity Dog, LLC, 507 F.3d, 252, 268 (4th Cir. 2007). Judge Nathan reasoned that because the mark could be considered a pun referring both to Beyoncé and to one’s fiancé status, it was not clear that a jury would find the necessary association between the marks. A jury could determine that the similarity of the marks impairs the distinctiveness and selling power of Beyoncé’s mark, or a jury could decide that Feyonce, Inc. had repurposed the FEYONCÉ mark in such a way that it is distinguishable from BEYONCÉ. If the latter, there was little risk of dilution. The parties have been ordered to meet in November to discuss settlement and possible trial dates.

This case illustrates the fact that the law related to trademark dilution is still evolving. The federal trademark dilution statute was drafted to address the situation where a famous mark is used by an unauthorized party in connection with goods or services unrelated to those of the owner of the famous mark. It is increasingly being asserted, however, in situations like this one where Beyoncé is objecting to the use of a non-identical mark on directly competitive products. This type of claim was traditionally litigated as a trademark infringement claim, using a “likelihood of confusion” analysis.

There is at least one take-away from this case. When drawing a ring around their famous marks, trademark owners and their legal counsel should consider using alternative legal theories to enforce their rights.