Enforcement proceedings in dominance in Luxembourg 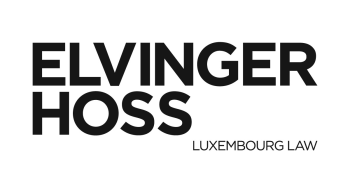 In case the practice could cause irreparable harm to the public economic order or to the plaintiff, article 12 of the 2011 Law allows the Chairman of the Competition Council to award interim injunctions and impose periodic penalty payments in order to compel the undertaking to comply.

Pursuant to article 20(2) of the 2011 Law, the Competition Council may fine undertakings that are in breach of the 2011 Law or of article 102 of the TFEU. The amounts of the fines are to be fixed on a case-by-case basis and will depend, inter alia, on the duration and the gravity of the infringement. The maximum fine shall not exceed 10 per cent of the highest worldwide turnover (excluding taxes) that has been realised during one of the full financial years since the financial year preceding the year during which the anticompetitive practices have been committed. In the case of consolidated accounts, the turnover to be considered is the turnover stated in the consolidated accounts of the mother company.

In 2014, the Competition Council imposed a fine of €2.52 million on a telecommunications service provider for abuse of dominance. This decision was, however, annulled (see question 15).

Pursuant to the 2011 Law, the fines and sanctions are imposed on the undertaking having committed the infringement. As undertakings, especially those with significant market power, are organised in the form of companies, individuals may not, in principle, be fined or sanctioned.

The 2011 Law does not contain provisions concerning the consequences of infringements of article 5 of the 2011 Law or article 102 of the TFEU on the validity of contractual clauses. In principle, a clause that constitutes an abuse of dominance is void. In this case, the courts would consider the entire contract void only if the relevant clause is not separable from the remainder of the contract.

The 2011 law does not contain provisions on private enforcement. Ordinary courts are competent for the private enforcement of competition rules. Only courts have jurisdiction to invalidate a provision or contract and to grant damages. In this respect, the 2016 Law contains provisions aiming at facilitating actions for damages through the introduction of specific procedural rules before the court. The claimant may also seek interim relief before the summary judge in order to put an end to a prima facie unlawful situation if: the claim is urgent; the order is sought to avert a situation that would cause irreparable harm to the plaintiff; or the order is sought to remedy an unlawful situation that has already occurred.

Companies harmed by abusive practices have a claim before civil and commercial courts pursuant to Luxembourg tort law. Hence, the claimant will need to prove a fault, damage and a causal link between the two. The 2016 Law implementing Directive 2014/104/EU of 26 November 2014 on antitrust damages actions aims, however, at facilitating actions for damages and introduces a set of presumptions with respect to the existence of an infringement of competition law and its effects.

To our knowledge, Luxembourg courts have not yet ruled on actions for damages for abuse of dominance.