On 16 May 2018 the Argentine Institute of Nivology, Glaciology and Environmental Sciences presented the National Inventory of Glaciers, describing 16,968 ice bodies with a total area close to 8,484 km2 (Inventory).

The map below includes the distribution of the areas considered glacial and periglacial according to the Inventory. Most of such areas are in the Cordillera de los Andes where significant mining projects are located.

Under our National Constitution, (i) the provinces are the original owners of the natural resources (grantors of the mining and oil and gas property rights and environmental permits) and (ii) the National government has to set forth minimal environmental requirements and the provinces those to complement them. Based on such arguments, San Juan and Jujuy questioned before the National Supreme Court the constitutionality of the Law and its applicability in their respective provinces and obtained at provincial level a precautionary measure to suspend the applicability of the Law.

In 2012 the National Supreme Court revoked the precautionary measure, arguing that until an inventory of glaciers and periglaciers and an environmental audit is not finished, it is not possible to determine if the Law affects or not the rights of the companies doing business in those provinces. However, the decision on the constitutionality of the Law is still pending.

The publication of the Inventory may impact the existing mining projects located in protected areas. It is uncertain when the National Supreme Court will decide on the constitutionality of the Law. To defend the right to their natural resources, some of the mining provinces (Salta, San Juan, Jujuy, La Rioja, Santa Cruz) issued their own glacier laws and are preparing their own inventories. At the same time, it is possible that the provinces promote a change in the Law. 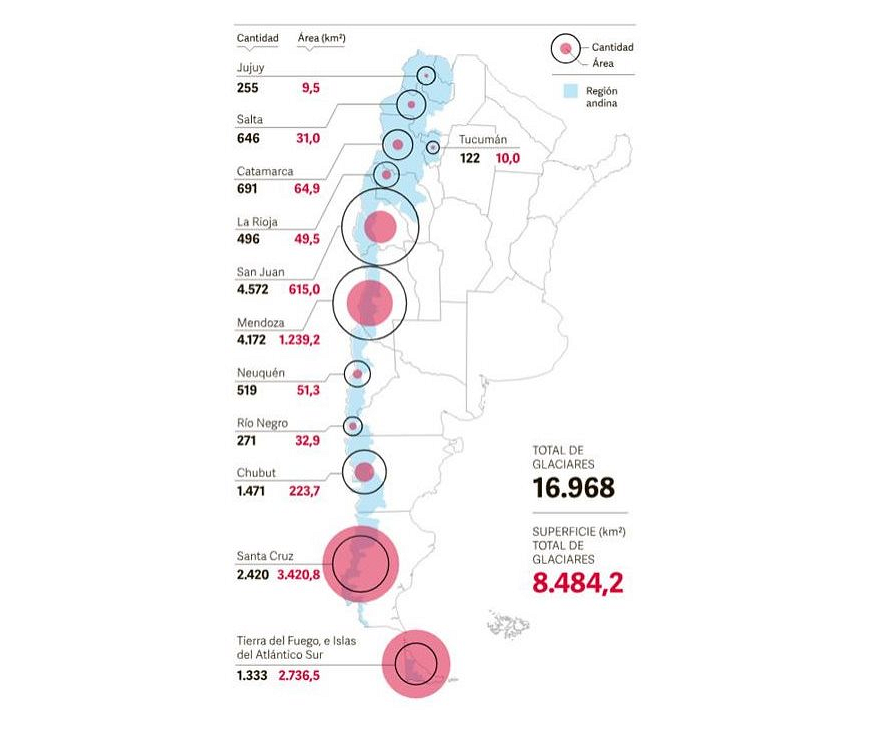