The War is Over: The SEC Won

On November 18, 2019, the Chairman of the Commodities and Futures Trading Commission (“CFTC”), Heath Tarbert, sat for an interview on digital assets and did something we have never seen before.[1] He declared the winner of the turf battle that has been going on between the Securities and Exchange Commission (“SEC”) and the CFTC over which agency has primary regulatory responsibilities over cryptocurrencies and digital assets.

[W]e are waiting on the SEC, in many instances, to make that initial threshold determination as to whether it is a security. Basically, the critical question is: Is it a security. If the answer is no…then pretty much it is likely to be, if it’s a financial contract, a commodity. - Heath Tarbert, Chairman of the CFTC

In other words, the CFTC waits as the SEC determines which digital assets are securities, and then picks up the remains. This voluntary submission under the SEC’s regulatory power is surprising since regulators are often known for trying to extend their power to as far as possible rather than yielding. Under the Commodity Exchange Act, while securities are defined as a category of excluded commodities, the Act neither includes a separate definition for security nor delegates to the SEC the role for making such a determination.

The consequence? The SEC firms its position as the chief regulator of digital assets. Digital asset projects may seek informal guidance from the SEC via FinHub or formal guidance by obtaining no‑action relief. 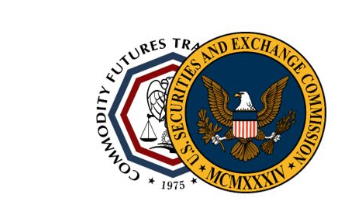 The power to define the situation is the ultimate power. - Jerry Rubin