The war on intellectual property in Russia

In response to economic sanctions and crippling trade embargos imposed in response to the Russian-Ukrainian war, Russia has struck back issuing decrees effectively legalising infringement of intellectual property owned by individuals or corporations in "unfriendly" countries and restricting foreign licensors from accessing IP royalty payments.

In early March 2022, Australia imposed sanctions on Russia and certain areas of Ukraine restricting the export, supply, importation, purchase and transport of certain goods, certain commercial activities, travel bans on designated persons and the provision of certain services to designated persons or entities. These sanctions, in conjunction with those imposed by other countries, have severely impacted the Russian economy. Many major foreign corporations are pulling out of Russia.

The nullification of compensation for patent infringement

On 7 March 2022, the Russian Prime Minister signed a decree establishing that in the event of patent infringement, patent holders in deemed "unfriendly countries" will receive 0% of the profits from the production, sale and use of their patented inventions by Russian entities. Businesses in Russia can now deliberately and systematically infringe patents owned by citizens or companies in an "unfriendly country", including Australia, USA, UK, Canada, Japan, South Korea, New Zealand, Singapore, Switzerland, Norway, Iceland, Taiwan and all 27 members of the European Union.

Russian businesses can now produce and use, without impunity, technological, medicinal, industrial and military patented inventions including those valuable to the Russian war effort. While this decree prima facie violates international treaties enforced by the World Trade Organisation, Russia may attempt to justify the measure by relying on a security exemption that protects a member state's essential security interests in times of war.

Russia has not yet legalised trade mark infringement but has taken steps that suggest it might do so. The Russian Ministry of Economic Development has speculated that Russian enterprises operate using the trade marks and branding of western businesses that have exited Russia. Putin is seeking authorisation to seize assets owned by foreign businesses that exit Russia and seize manufacturing facilities of key industries, such as automotive giants Ford and General Motors. The Ministry reported that these measures would "mitigate the impact on the market of supply chain breaks, as well as shortages of goods and services that have arisen due to the new sanctions of western countries".

The sanctions have also led a Russian judge to allow the continued infringement of two British owned Peppa Pig trade marks by a Russian defendant. The presiding judge ruled that the case was an "abuse of right", stating that the "unfriendly actions of the United States of America and affiliated foreign countries" influenced his decision.

Following this ruling, over 50 bad faith trade mark applications have already been filed in Russia that clearly copy famous brands that have withdrawn from the Russian market, including Amazon, Apple, Coca-Cola, eBay, Instagram, McDonald's, Nike, MasterCard, Levi's and Starbucks. For example, a Russian company has filed a trade mark application for a sideways McDonald's iconic Golden Arches logo adding the words "Uncle Vanya". 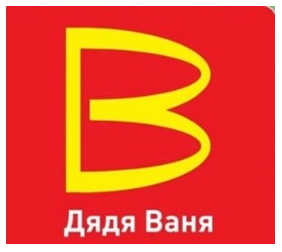 On 27 May 2022, Putin signed Decree No.322 prohibiting Russian residents from making licence payments to foreign bank accounts of rights holders residing in "unfriendly countries" or otherwise supporting sanctions against Russia. The Decree applies to payments made to the following types of foreign IP rights holders (Western Licensors):

The Decree mandates that any payments for intellectual property rights by a Russian licensee to a Western Licensor must be deposited into a type "O" account with an authorised Russian bank in rubles. This includes any back payments from 23 February 2022. The account will be opened at the request of the licensee. If Western Licensors do not consent to the deposit of payments to the type "O" account, the licensees may refrain from making payments and continue to exploit the IP rights.

Western Licensors will need to apply to a Russian government commission to receive approval if they would like to withdraw the funds in the type "O" account.

The Decree does not apply to the following:

The Russian government has also passed a law allowing it to exempt certain goods that are "necessary to fill the consumer market" from trade mark protection. The Ministry of Industry and Trade released an Order on 6 May 2022 identifying foreign goods that will be subject to parallel importation. Most of these goods are in short supply in Russia because of the exit of many western corporations, and include products in the automotive, computer and apparel sectors.

Will Russia legalise software piracy next?

On 2 March 2022, the Russian Ministry of Economic Development proposed abolishing criminal and administrative liability for the use of pirated software "from countries that support sanctions"; the proposal was rescinded on 14 March 2022. Given Russia's attack on the IP rights of "unfriendly countries", these measures might be revisited.

Takeaways for owners of Russian IP

These measures present significant risks to IP rights holders in Western nations and render them powerless to enforce their rights in Russia. It is unclear how long these measures will remain in force, and whether they will be revoked when the Ukraine war ends. If these policies remain in place for an extended period of time, IP rights holders should consider the value and viability of continued investment in Russian IP and in operating in Russia. When and if the situation improves, there will, no doubt, be extensive and protracted struggles to wrest back valuable IP rights and payments impacted by these measures.