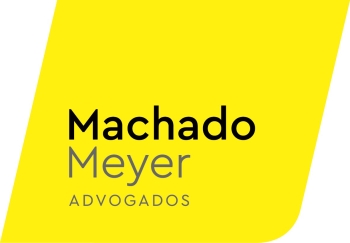 The first gun jumping case in Brazil was ruled by the Administrative Council for Economic Defense (CADE) on August 28, 2013.

The term gun jumping is generally used to describe situations of consummation of a transaction or exercise by the buyer of influence over the target company’s market behavior prior to antitrust clearance.

According to Law No. 12.529/2011, a finding of gun jumping in transactions subject to mandatory antitrust filing may lead to the declaration of nullity of the deal, imposition of a fine ranging from R$ 60,000 to R$ 60 million and prosecution for anticompetitive conduct. This landmark case involves the acquisition, by OGX, of Petrobras’ 40% interest in the oil Block BS - 4, located in the Santos Basin.

According to CADE, the terms of the agreement signed by the parties evidenced that OGX could adopt some measures inconsistent with the suspensory regime and the gun jumping prohibition set forth in Law No. 12.529/2011 prior to CADE’s clearance.

When ruling the case, CADE approved the Agreement in Act of Concentration (ACC) proposed by OGX, under which the company recognized gun jumping practices and undertook to pay a R$ 3 million fine – amount which took into account OGX situation of financial distress.

This case has some noteworthy features. First, CADE approved an ACC, which is typically used to cope with anticompetitive effects arising from a merger, not to deal with violations of legal provisions in a merger situation. Second, CADE recognized that there was no need to impose penalties of declaration of nullity and prosecution for anticompetitive conduct, considering that the measures taken by OGX were purely administrative, the transaction does not entail anticompetitive effects, and Block BS - 4 is not operational yet. CADE also stressed that the National Petroleum Agency (ANP) only expressly recognized that farm-in and farm-out deals are subject to filing with CADE in April 2013.

As the pertinent contractual provisions were treated as confidential by CADE and OGX confirmed the gun jumping practice, CADE has not discussed in details which interim measures could be deemed problematic from the antitrust standpoint.

In any event, this precedent indicates that CADE is now paying attention to possible gun jumping situations and does intend to impose the penalties set forth in Law No. 12.529/2011. Under this scenario, merging parties should be extremely careful when negotiating buyer’s rights between signing and closing