The rise of virtual influencers

In the latest version of The Economist’s annual “The World Ahead” feature, virtual influencers are identified as one of the key emerging technologies to watch in 2022.

From a brand’s perspective, one of the key benefits of virtual influencers over human influencers is control over the content produced, and their behavior. Human influencers are prone to human error, be it turning up to a photo-shoot late, inadvertently misrepresenting the brand, or non-compliance with advertising regulations. This costs brands time and money. Conversely, such mistakes can be erased and amended in a matter of minutes with these digital equivalents, or not occur at all. A virtual influencer will never get drunk at the after-party, grow old, or fire their agent!

The Economist cites Miquela Sousa or “Lil Miquela”, a fictional Brazilian-American teenager, as being the best-known virtual influencer, with 3 million Instagram followers. Other rising stars in this field include: Noonoouri, who is described in her Instagram bio as being an activist and a vegan (388k Instagram followers); and Shudu, described as the world’s first digital supermodel (224k Instagram followers). All three are portrayed as lifelike CGI humans. Such influencers are becoming increasingly prevalent, and an increasing number of companies are showing interest. In February 2019, Renault created their own virtual brand ambassador, Liv Renault, who appeared in their 2019 television advert promoting the Renault KADJAR. The trend has also caught the attention of a number of designer brands such as Dior, Coach, Alexander McQueen and Prada, who have also partnered with popular digital characters to promote their brands. 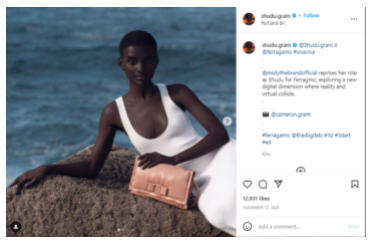 Shortly after the release of the aforementioned Renault advert, sociologist, Stephanie Hugon, explained why virtual influencers such as Liv Renault are so effective and believed by human consumers:

“Social networks, Instagram and billions of selfies have changed the way we imagine and represent the world, and the boundaries between real and virtual life are all the more blurred. Nowadays, we also testify to situations where fiction – something that is not real – can better explain the phenomena in the world than science. Contrary to our tradition, the way we imagine something virtual now means that we see its perfection today as a means of correcting an imperfect reality. In virtual worlds there are no mistakes." 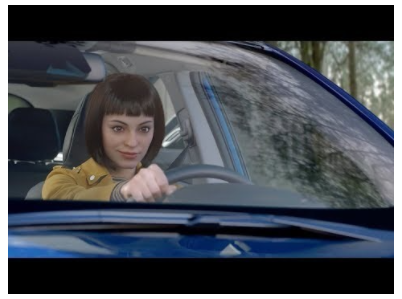 With the world we live in becoming increasingly digitalised, concepts such as virtual influencers might soon become the norm. While India has taken the lead in providing guidance on how digital influencing might be regulated, it remains to be seen how law makers from elsewhere will adapt existing legislation governing human influencers to their virtual rivals.