Through September, the Patent Trial and Appeal Board issued 4,274 Final Written Decisions across IPR, CBM, and PGR proceedings, including decisions following remands from the Federal Circuit. In these decisions, no instituted or substitute claims survived in 2,704 (63.27%) decisions, all instituted claims survived in 785 (18.37%) decisions, and a mixed outcome occurred in 785 (18.37%) decisions. A mixed outcome occurs where at least one instituted or substitute claim remains patentable, and at least one is cancelled, in a Final Written Decision. 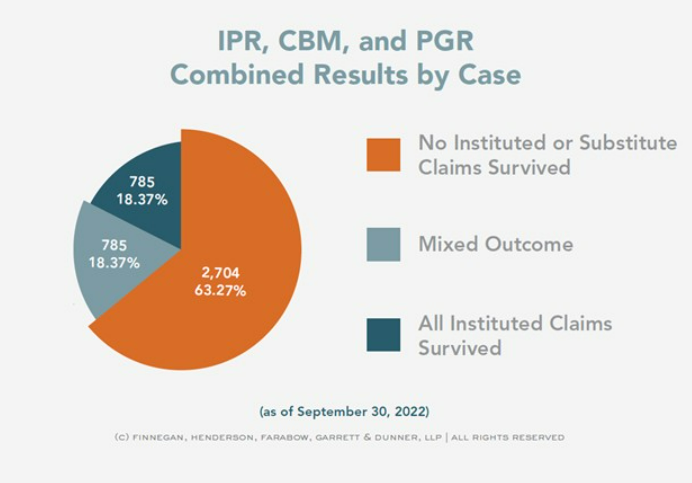 On a per-claim basis, the Board cancelled 45,921 (72.97%) instituted claims, while 15,589 (24.77%) instituted claims survived all patentability challenges. Patent owners conceded 1,422 (2.26%) instituted claims through motions to amend or disclaimer in cases that otherwise reached a Final Written Decision. This overall disposition rate has remained steady at the PTAB over the past several years. 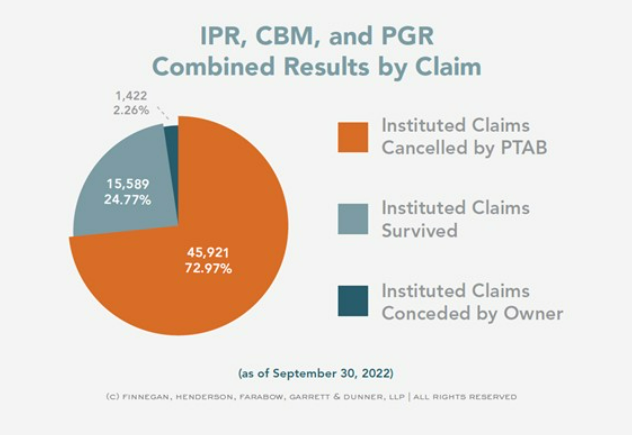 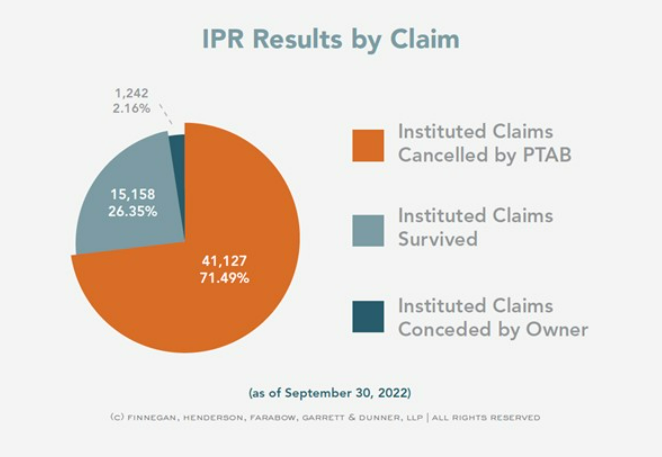 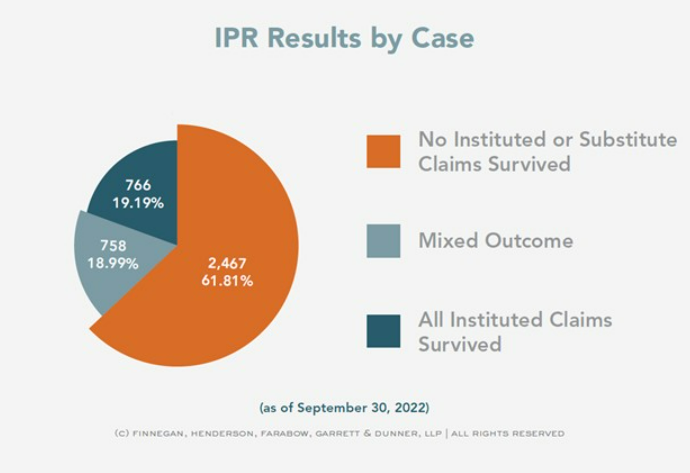 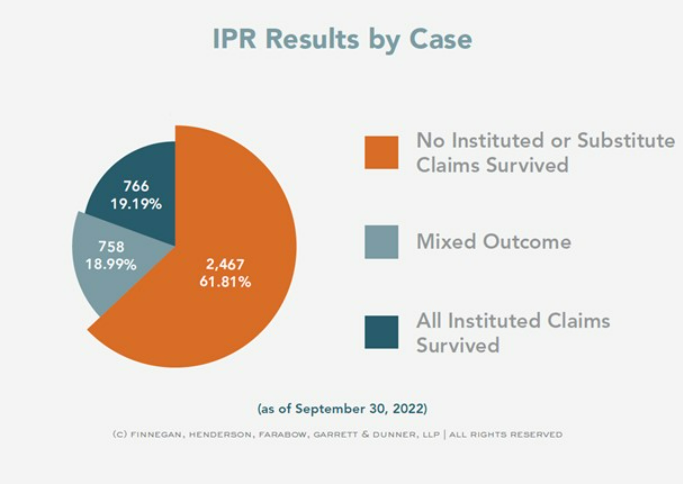 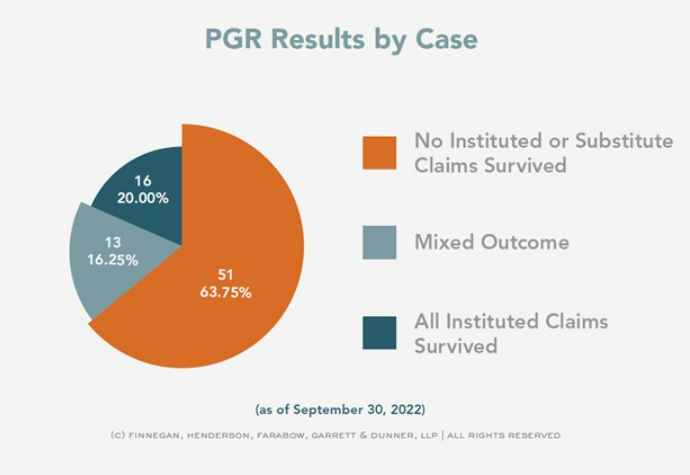 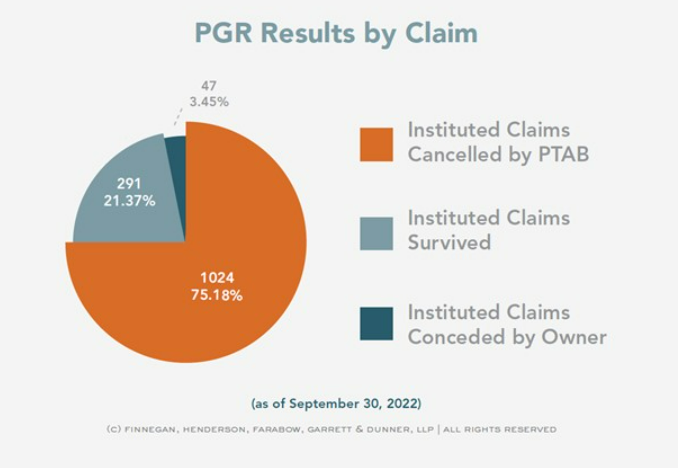 The overall cumulative instituted claim survival rate in IPRs, CBMs, and PGRs, broken down by technology center, is as follows: 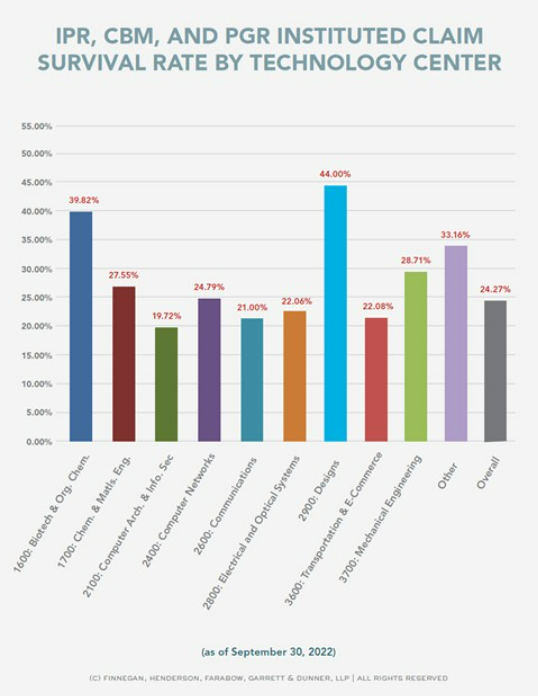