PUMA, translated as “彪马” (BIAO MA) in Chinese, was founded in Germany in 1948. It is a large multinational company aiming at clothing production. In the 1990s, PUMA entered the Chinese market and started its trademark protection in mainland China. One of the main marks of PUMA presents the image of a puma leaping over the capital letters “PUMA”, as shown in Figure 1.

In 2019, PUMA filed invalidation against the trademark “ 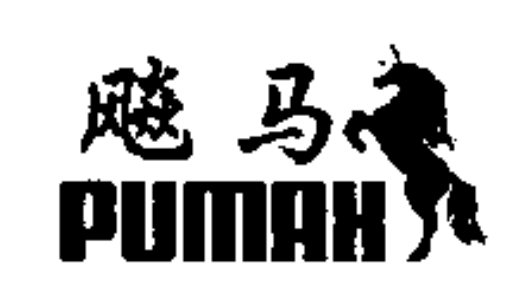 The cited marks of PUMA are as follows:

In the trademark review stage, PUMA provided a lot of evidence, including its registered trademark information, company annual reports, store information in mainland China, contract filing materials, advertising materials and so on.

The CNIPA made the invalidation decision in October 2019 that the disputed mark shall be maintained, for the disputed mark and the cited marks do not constitute similar marks on similar goods, and that there is big gap and mere relation between the industries covered by the two parties. Therefore, the disputed mark will not mislead the public nor do harm to the interests of PUMA.

PUMA was dissatisfied with the decision and filed an appeal to the Beijing Intellectual Property Court, providing supplementary evidence like previous cases and requesting that its cited marks should be deemed well-known marks on shoes, clothing and other goods.

The Beijing Intellectual Property Court held that although the evidence submitted by PUMA can prove that the cited marks have popularities in sportswear, clothing, shoes and other commodities, there are large differences in function, use, production channels, sales targets, etc., and large span in industry. The public will not take that PUMA and Spark Motor have specific connection. Therefore, the disputed mark will not weaken the distinguishing characteristics of the cited marks nor do damage to PUMA’s interests. PUMA’ s litigation request got rejected.

PUMA was dissatisfied and filed an appeal to the Beijing High Court., arguing that:

The Beijing Hight Court finally supported the claims for consideration that PUMA’s cited marks are well-known to the relevant public on shoes, clothing, pants, etc., and constitute well-known marks on such goods. The disputed mark is similar to the cited ones in terms of composing elements, whole appearance, pronunciation, and constitutes the imitation of the cited marks. Although the designated goods covered by the marks of two sides have certain difference, the target consumers of shoes, clothing, pants, etc., are of wide range. The use of the disputed mark would mislead the relevant public and do harm to the interests of PUMA. The registration of the disputed mark is against Article 13.3 of China Trademark Law.

As for the case of PUMA, the recognition of well-known marks plays an important role for the whole proceeding. The CNIPA and the Beijing Intellectual Property Court all held that the disputed mark and the cited marks, due to the industry difference of both sides, do not constitute the similar marks on similar goods as stipulated in Article 30 of China Trademark Law. When the cited marks were identified as well-known marks, the case was applicable to Article 13.3 of China Trademark Law from the perspective of “well-known mark dilution”.

During the process of well-known marks recognition, PUMA and its attorney team of CCPIT Patent and Trademark Law Office collected and compiled a large amount of evidence to prove the great reputation and influence of the cited marks. This case is of profound reference significance. It is not only the active practice of Article 13.3 of China Trademark Law, but also a positive reflection of China’s effective trademark protection as well as the determination to broaden openness.