A decision so strange you could can it - Part 1

In this 2-part insight series, we consider two US design patent decisions from an Australian designs law perspective and discuss strategies for protecting the same design in Australia.

The Patent Trial and Appeal Board (PTAB) of the US Patent and Trade Mark Office recently issued two decisions in which they rejected Campbell Soup’s (“Campbell”) challenge to the validity of design patents D621,645 and D612,646 in the name of Gamon Plus, Inc (“Gamon”).

The Gamon design patents are directed towards the visual appearance of portions of a gravity-feed dispenser display for soup cans. A further interesting aspect of these decisions is that the assessment of obviousness hinged around the (incidental) presence of a cylindrical (soup) can in the design.

From 2002 to 2009, Gamon’s customer, Campbell, purchased $31 million worth of the design-patented Gamon gravity feed dispenser displays and installed them in over 17,000 stores. In late 2008, Campbell began purchasing display racks from Petitioner Trinity (the manufacturer of the alleged infringing racks). The offending racks “maintained the same ornamental design features as the Gamon racks” and precipitated the current dispute.

This decision is the result of a higher court (Federal Circuit (3rd) Court) decision which remanded the case back to the PTAB after the Federal Circuit found the Gamon design patents ‘obvious’ in view of a combination of prior art documents. Discussed below, a finding of obviousness could not occur under Australian designs law. 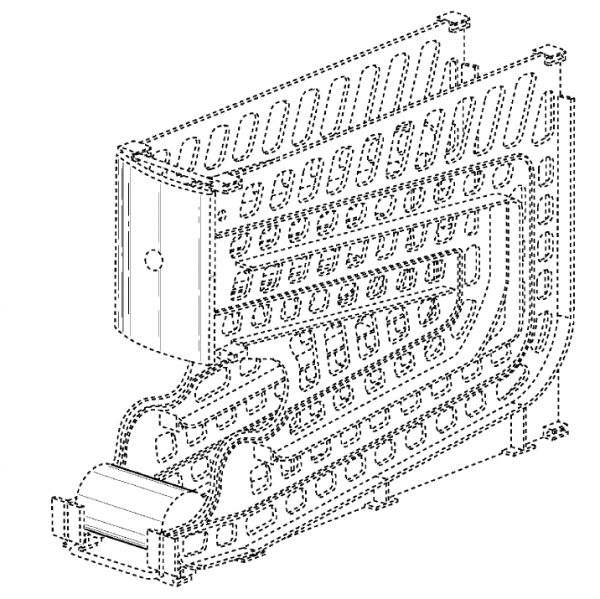 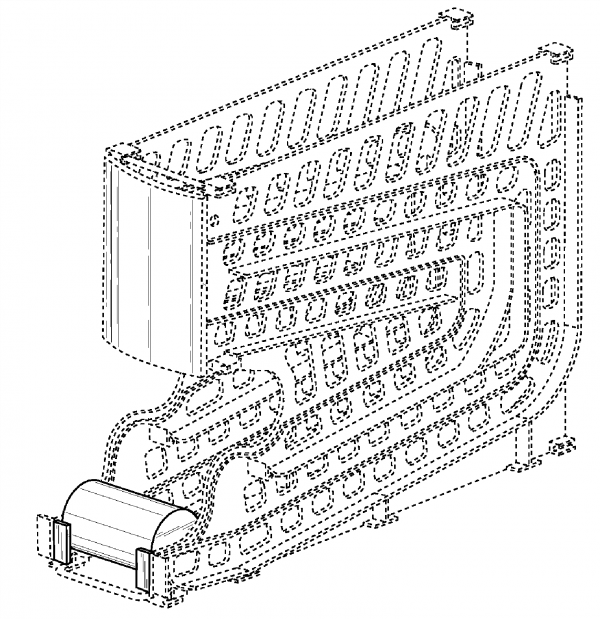 The validity of the Gamon design patents was challenged on the basis that the designs were obvious in view of primary prior art document US design patent D405,622 (Linz) in combination with two secondary references. A representation from Linz is reproduced below. 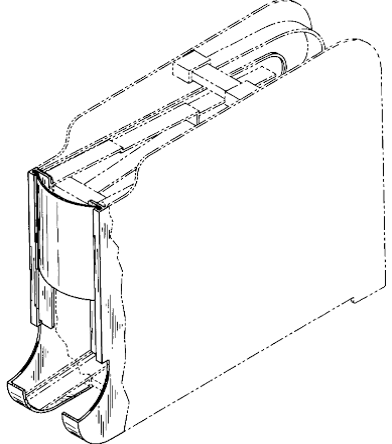 The claimed part of the design is the outer surface of the display rack in solid lines.

As noted, Campbell challenged the validity of Gamon’s design patents D621,645 and D612,646. The PTAB decided that the Gamon design patents were valid based on secondary considerations, including the commercial success of Gamon’s dispenser display and Campbell’s increased revenue as a result of using Gamon’s dispenser display. This was despite the PTAB’s finding that the combination of Linz and two secondary references created a design that “has the same overall visual appearance as the claimed design”.

If the case was heard down under, would Australian Courts have found the Gamon's designs registrable?

In Australia, a design is registrable if it is new and distinctive when compared to the prior art base.

The test for newness (which is substantially equivalent to novelty in the US) is essentially a test for identicality. Since the Linz and Gorman dispenser displays stops are not the same shape and Gorman’s designs include a horizontally positioned can, the Australian Courts would likely agree with the PTAB’s finding that Gorman’s designs are new (novel).

Whilst theoretically equating with the US obviousness test, Australia’s distinctiveness test has at least one key difference - namely, that ‘mosaicking’ or a combination of multiple prior art documents is not permitted under Australian design law.

In further contrast to the US, partial designs are not legislated for in Australia. In Australia, the design is applied to a product, such that the overall visual appearance of the Gorman dispenser display (i.e. including the portions in broken lines) is given less weight but cannot be completely disregarded when construing the scope of the design.

On the basis that the overall shape and configuration of the Linz and Gorman dispenser displays (including the profile of the display immediately below the curved label area) are quite different, it is likely that the Gorman designs would also have been found distinctive.

Although we expect to see the Australian courts arrive at the same PTAB decision, we expect the reasons for the decision to be different in Australia. In the US, the presence of the cylindrical can and “secondary considerations” including commercial success, recognition in the industry, and long-felt need of the Gorman dispenser display were key in determining whether the Gorman designs were non-obvious in view of Linz (in combination with secondary prior art citations).

Many of these factors are unlikely to have had a persuasive effect in Australia. For example, whilst evidence of commercial success, etc. could be argued, it is highly doubtful that a judge or tribunal would give it much weight (if any at all).

In the second part of the article, we discuss how these decisions can be used to guide the preparation and filing of Australian design applications.