Registration of rights over aircraft, the Cape Town Convention and its Aircraft Protocol 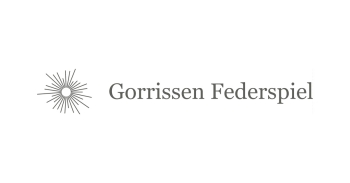 What is the Cape Town Convention and why is it relevant?

The Convention on International Interests in Mobile Equipment (the Cape Town Convention) and the relating Aircraft Protocol (jointly, the "CTC") entered into force in Denmark on 1 February 2016. Denmark have thereby followed approximately 70 countries, including the USA, the UK, Canada, China, India and the other Scandinavian countries in implementing this newish legal framework for the creation, registration and enforcement of rights and interests in aircraft. On 26 July 2016, the Danish CAA (the Transport and Construction Authority) issued its guidelines relating to the recordation of so-called IDERAs in the Danish Aircraft Nationality Registry and the Danish end of the legal framework is therefore now in place.

With the CTC, certain rights and interests over aircraft may now be registered in an international registry which ensures greater certainty on the rights over aircraft. Furthermore, the CTC entails stronger protection of the creditors' rights in case of the debtors' default (incl. bankruptcy) with only minor differences implemented in the various states.

Below we have included some of the issues which are most relevant to take into consideration when determining whether the CTC apply to a transaction and how it is handled.

What kind of aircraft assets are covered by the CTC?

The CTC applies only to (i) airframes, (ii) helicopters and (iii) aircraft engines collectively termed as "aircraft objects" - which fulfil the following conditions:

(i) Airframes: Fixed wind aircraft type certified with a carrying capacity of more than 8 persons (including crew) or goods in excess of 2,750 kg.

(ii) Helicopters: Helicopters type certified with a carrying capacity of more than 5 persons (including crew) or goods in excess of 450 kg.

(iii) Aircraft engines: Engines that have at least 1750 lb of trust (for jet propulsion) or have at least 550 rated take-off shaft horsepower (for turbine or pistone engines). The definition of "aircraft engine" likely also covers helicopter engine when the engine has not yet been installed on a helicopter.

The inclusion of aircraft engines as an object for which rights may be registered separately has not previously been possible.

What rights are covered by the CTC?

Further to these, a "contract of sale" (bill of sale) may be registered with the effect that the CTC does in effect also cover title to an aircraft, even though it is no international interest.

The rights which may be registered are, in principle, the rights of the creditors, i.e. the (i) mortgagee, (ii) the lessor, (iii) the conditional seller and not their counterpart, the debtor. Nonetheless, the registration will in certain instances also protect the debtor. That will be the case in respect of lessee's right of quiet enjoyment under an aircraft lease for as long as the lessor registers the lease agreement.

How does the International Registry work?

Prior to entering into a transaction, it is possible to make searches on the International Registry in order to view which rights exist over a specific aircraft object.

A registration of a specific right or interest and its priority is preconditioned on the consent of both parties in the International Registry. In order to do so, each party will have to set up an account as a "transaction user entity" (TUE) which may be either the party itself or a third party such as a law firm. The TUE can then make registrations itself or authorise another TUE to act as "professional user entity" (PUE) and make or consent to registrations on its behalf.

Does the CTC apply to existing transactions (pre-existing rights)?

In Denmark, the CTC does not apply to "pre-existing rights and interests", meaning that that rights stemming from transactions agreed upon prior to 1 February 2016 will enjoy the priority it has under the `old rules', i.e. the rules covering the Danish Rights Registry (administered by the Danish CAA) or the otherwise applicable foreign law.

Will it still be relevant to make registrations in the Danish Rights Registry?

When the aircraft object in question does not fulfil the above-mentioned criteria as to size etc., the rights over the subject object are to be registered with the Danish Rights Registry.

The same would be the case if the rights are not considered as international interests under the CTC, e.g. if the right was created prior to 1 February 2016. The same would be the case if the amendment to an existing right does not constitute a new right (see above). In certain instances, where multiple registrations are to be made, e.g. the registration of an amendment to an existing first-priority mortgage and the registration of a new second-priority mortgage, the first registration should be made in the Danish Rights Registry while the second mortgage should instead be registered in the International Registry.

The Danish CAA is likely to not object to the registration of rights in the Danish Rights Registry if there is uncertainty as to whether it should be registered in the Danish Rights Registry or the International Registry. Accordingly, where there is uncertainty as to which registration system that applies, the prudent rights holder would register its right with both registries.

The CTC concerns the registration of rights (and interest) in aircraft but not the registration of aircraft themselves. However, to ensure a proper remedy of enforcement in case of default, the CTC includes the concept of an Irrevocable Deregistration and Export-Request Authority ("IDERA") which is issued by a debtor to a creditor and then recorded in the Danish Aircraft Nationality Registry (administered by the Danish CAA). It can only be recorded for aircraft and helicopters as engines are not included in the nationality registry.

The CAA has recently issued brief guidelines on the recordation of IDERA (see link (in Danish) which require that debtors use a specific form. The CAA will not make a formal examination of whether the IDERA relates to an international interest, merely that the form is submitted in accordance with the instructions. The guidelines do not stipulate the identification requirements but we expect that the CAA will require customary evidence that the person who is issuing the IDERA on behalf of the debtor is authorised to do so, with passport copy and/or relevant company registrations transcripts and/or notarisation.

The IDERA can be invoked by the creditor (or its certified designee) in case the debtor defaults. The IDERA will, contrary to regular power of attorneys, not terminate in bankruptcy. The registry will, upon notification, be obliged to deregister an aircraft and allow it to be exported in order for it to be registered in a foreign registry on the creditor's request.

How does the CTC impact the transactions?

The provision of the CTC will generally apply even though the parties have not specifically agreed as long as the criteria for aircraft objects and international interests etc. have been fulfilled. However, the parties may generally derogate from the provisions of the CTC and certain provisions, e.g. on interim measures, do not apply unless the parties have specifically agreed that they should apply. It is therefore important to draft the loan and security documents in a way which takes the specific character of the CTC rules into consideration.

Further, the registrations of rights in the International Registry will often be able to be arranged for much more swiftly than in the Danish Rights Registry which increases the certainty of the completion of the transaction for all parties. Also, it will often be relevant to consider the recordation of an IDERA relating to deregistration as stated above.