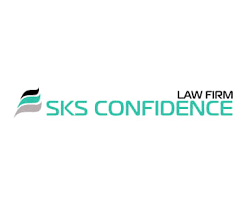 To regulate emissions of harmful (polluting) substances into the atmosphere, the following are established:

Technical emission standards are established for certain types of stationary sources of emissions, as well as for transport or other mobile means and facilities, and are universal. The maximum permissible emissions are set in relation to a particular stationary source of harmful (polluting) substances into the atmosphere and their aggregate (the organisation as a whole).

Draft standards for maximum permissible emissions are developed by the organisation itself, taking into account individual characteristics, passing a series of approvals, and then being submitted for approval to the territorial body of the Federal Service for Supervision of Use of Natural Resources. The approval of standards for maximum permissible emissions of radioactive substances is within the competence of the territorial bodies of the Federal Service for Environmental, Technological and Nuclear Supervision.

Since 2019, state regulation measures in the field of environmental protection (including air emissions) are applied to the enterprises depending on the category of the object being operated with a negative environmental impact assigned to such an object by the state registration.

Maintenance of surface and groundwater quality is ensured by establishing and observing the norms of permissible impact on water bodies by nature users. Standards for permissible impact on water bodies are developed by the Federal Agency for Water Resources with the participation of other bodies on the basis of the maximum permissible concentrations of chemicals, radioactive substances, microorganisms and other water quality indicators in water bodies. The developed standards are also approved by the Federal Agency for Water Resources in the presence of a positive conclusion of the state ecological expertise.

The amount of substances and microorganisms contained in wastewater discharges into water bodies should not exceed the established standards for permissible impact on water bodies.

The norms of permissible discharges of radioactive substances into water bodies for water users are approved by Rostechnadzor, in consultation with other state bodies.

In addition, there is the Federal Law 'On the Safe Management of Pesticides and Agrochemicals' No. 109-FZ of 19 July 1997, which regulates the issues that arise in the implementation of public administration in the field of the safe handling of pesticides and agrochemicals. The Law provides that during the registration tests of pesticides and agrochemicals, an environmental assessment should be conducted of the regulations for their use, and that the results of registration tests should include the conduct of state environmental experts.

The Federal Law 'On Production and Consumption Wastes' No. 89 FZ of 24 June 1998 defines the legal basis for handling production and consumer waste in order to prevent the harmful effects of wastes on human health and the environment.

The degree (class) of hazardous waste is determined in accordance with the applicable legal acts. Depending on the degree of its impact on the environment, waste is divided into five hazard classes:

Radioactive waste management is regulated by the special Federal Law 'On Radioactive Waste Management' No. 190-FZ of 11 July 2011.

Currently, Russia is undergoing a major reform of legislation in the field of waste management; following the instructions of the President of Russia, a large number of regulatory legal acts have been adopted, including those aimed at stimulating the processing of production and consumption waste. Thus, Russia has finally begun to tackle the solution of one of the most pressing problems in the field of ecology: waste management.

For example, since 2018, the burial of scrap and non-ferrous metals was prohibited, and from 2019 is prohibited the burial at landfills of auto-tyre casing, plastic, glass packaging, packaging paper and cardboard, as well as other types of waste paper. The phased introduction of waste separation, and the introduction of the GLONASS satellite system for the transport of dangerous goods and wastes (Class I and II), etc., has also been implemented.

In accordance with Paragraph 5 of Article 13 of the Land Code, persons whose activities have led to deterioration of the quality of land (including because of its pollution and soil disturbance) are required to ensure a land rehabilitation (recultivation). Land reclamation involves measures to prevent land degradation and restoring its fertility by bringing land to a condition suitable for use in accordance with its designated purpose and permitted use, including by eliminating the effects of soil pollution, restoring the fertile soil layer and creating protective forest plantations.

At the same time, the rehabilitation of lands violated by legal entities and citizens in the implementation of various activities that caused soil disturbance, as well as during storage, disposal of waste and contamination of land surface, is carried out using their own funds, if the restoration of these lands requires removal of the fertile soil layer.

If the negative impact on the land has led to its degradation, deterioration of the ecological situation or soil disturbance, as a result of which economic activity is not allowed, and the elimination of such consequences through recultivation is impossible, a land abandonment is allowed. The persons guilty of the land abandonment are also obliged to compensate for the losses (including the lost profit) to the owners of land plots in respect of which a conservation decision has been taken.

Regarding water bodies, Article 55 of the Water Code of the Russian Federation establishes an obligation of owners of water bodies to implement measures to protect water bodies, prevent their pollution and depletion of water, and take measures to eliminate the consequences of these. However, in general, harm is compensated by the person who caused it.

For a long time, a particular issue for Russia was the problem of eliminating accumulated harm. Accumulated harm is harm to the environment that has arisen because of past economic or other activities, where the obligation to eliminate the harm has not been met or has not been fully implemented. Special regulation of these issues only appeared in Russia in January 2017.

Work on the liquidation of accumulated harm to the environment can be carried out by state authorities of the subjects of Russia and local self-government bodies, and in some cases is carried out by an authorised federal body.