A tale of two flags: who owns the right to use?

The Australian government is considering whether to compulsorily acquire the rights to use the Aboriginal flag on public policy grounds. The debate raises questions over whether similar moves could occur in other jurisdictions.

Since 1978, the rainbow flag has been a global emblem of the LGBT+ community and in 2015 the New York Museum of Modern Art identified it as an internationally recognised symbol, along with other icons such as the international symbol for recycling.

Since 1971, the Aboriginal flag has been both a symbol that has united indigenous people in Australia and a national symbol of the country. It was recognised as an official flag of Australia by proclamation by the governor general in 1995 and under the Flags Act 1953 (Cth) in 2008. Therefore, it has the same protections as other official Australian flags.

Free use versus licence to use

What differentiates these two flags is the fact that the designer of the rainbow flag, Gilbert Baker, promoted the free use of his flag and never sought to enforce his copyright, while the designer of the Aboriginal flag, Harold Thomas, has granted licences to Flagworld Pty Ltd for use of the design in the manufacture and marketing of the flag and, more recently, to WAM Clothing for use of the design on articles of clothing. As a licensee, WAM Clothing has been sending cease and desist letters to third parties, including the Australian Football League – which has used the flag design on football jerseys in its indigenous rounds – and Spark Health – an Aboriginal-owned social enterprise company, which was previously selling merchandise bearing the flag.

The fact that the flag is subject to private IP rights has come as a surprise to many, but following recognition by the Federal Court of Australia in 1997 that Thomas owns the copyright in the flag as an artwork, the design will not enter the public domain until 70 years after his death. Until then, the flag may be reproduced for commercial purposes only with the permission of Thomas or his licensees.

Thomas does allow non-commercial operations that give healthcare, educational, legal or other assistance to Aboriginal people to use images of the flag for free. However, enforcing copyright in such a powerful symbol against people seeking to express their cultural identity has given rise to confusion and some resentment.

The current dispute is not the first time that ownership of the copyright in the Aboriginal flag has been used to prevent unauthorised use of the flag. In 2010 action was successfully taken to prevent Google from using a version of the flag in an Australia Day Google logo. 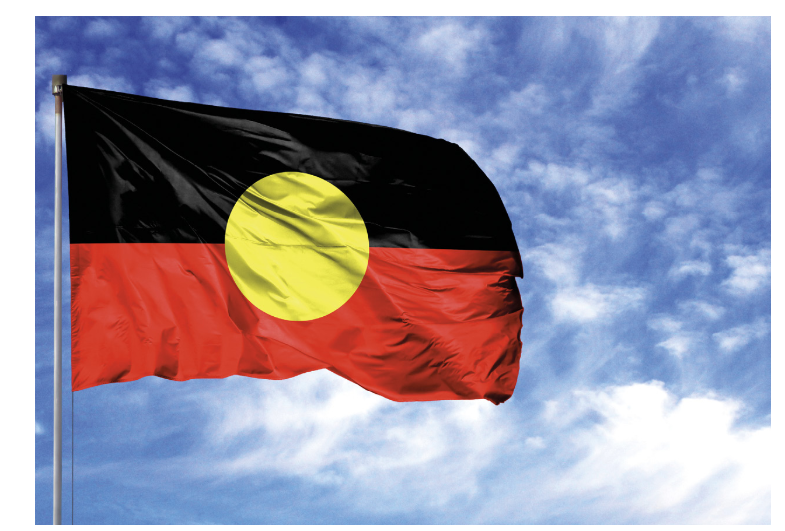 Copyright in the Aboriginal flag has been used to prevent unauthorised use of the design. In 2010 Google was prevented from using a version in an Australia Day Google logo

Many flags and national symbols are commissioned or created for or on behalf of governments. In the United States, government works cannot be protected by copyright under 17 USC Section 105; therefore, the national flag is in the public domain. However, there are restrictions on use of the flag. The US Flag Code establishes advisory rules for the display and care of the national flag and specifically states that “no disrespect should be shown to the flag” (4 USC Section 8).

Further, the term of copyright for older flags may have expired, even if they were not created for or on behalf of governments. While many flags and other state emblems are protected under Article 6ter of the Paris Convention, an application must be submitted by a state party to the convention or an international inter-governmental organisation.

It seems unlikely that the Australian government could do this without owning the copyright in the Aboriginal flag and Baker took action to block the registration of the rainbow flag as a US trademark by an advocacy organisation in order to prevent any restrictions from being imposed on the use of the flag.

Even without protection under Article 6ter, any application to register the rainbow flag or the Aboriginal flag as an EU or UK trademark would likely be rejected as, under Article 7(1)(i) of the EUIPO guidelines, registration can be denied for emblems that have not been communicated in accordance with Article 6ter(3)(a) of the Paris Convention when they “are of particular public interest”. Therefore, an application to register either flag could be opposed to prevent any possible misleading association.

The question that has now arisen in relation to the Aboriginal flag is whether the Australian government could or should compulsorily acquire the rights to use the flag on public policy grounds in order to protect the interests of legitimate businesses which may wish to use the flag to indicate a connection with or support for the Aboriginal community.

Former CEO of the Australian Copyright Council Fiona Phillips has been quoted extensively as stating that the legal status of the Aboriginal flag is a “unique situation” that requires a public policy solution. However, if the rights to use the flag were owned by the Australian government, it could be exploited for commercial gain by non-Aboriginal businesses. When privately owned, as it is now, the integrity of the flag may be controlled, but this results in an individual potentially profiting from the use of a national emblem.

Use of patented inventions for services of the Crown

Arguably, the closest provision under UK law to enable the government to compulsorily acquire rights to use private intellectual property is Section 55 of the UK Patents Act, which specifies when acts can be done for the services of the Crown without the consent of the owner of the patent for the invention in question and without amounting to infringement of that patent.

55(1) Notwithstanding anything in this Act, any government department

and any person authorised in writing by a government department may, for the

services of the Crown and in accordance with this section, do any of the following

Section 56(2) defines ‘services of the Crown’ to include:

(a) the supply of anything for foreign defence purposes;

(b) the production or supply of specified drugs and medicines; and

research into matters connected therewith as the Secretary of State thinks

However, this is not an exhaustive list and the section goes on to say “except so far as the context otherwise requires”.

Other provisions covering the Crown’s use of intellectual property can be found in legislation relating to defence and security, as well as certain health purposes.

However, there seem to be no equivalent rights regarding copyright in artistic works (eg, the Aboriginal flag) and there has been disagreement as to whether the government should intervene at all in the current debate. Would compulsory acquisition or a compulsory licence in patent terms be seen as yet another example of the disenfranchisement of Aboriginal people – in this case, with regard to the rights of an artist to maintain ownership of their work?

An alternative approach would be to expand the definition of ‘fair dealing’ in order to protect the use of the Aboriginal flag without authorisation or a licence from Thomas. Although there is no statutory definition of ‘fair dealing’ in the United Kingdom, it is governed by Sections 29 and 30 of the CDPA and allows for the use of works still in copyright without licensing in certain circumstances, primarily where the use is:

Since 1978, the rainbow flag has been the internationally recognised symbol of the LGBT+ community. The designer has always promoted the free use of his flag and never sought to enforce his copyright

US fair use doctrine

This stance is more limited than the US doctrine of fair use, which is set out under Section 107 the US Copyright Act and states that use “for purposes such as criticism, comment, news reporting, teaching (including multiple copies for classroom use), scholarship, or research, is not an infringement of copyright”.

It is this type of approach that has been explored recently by the Australian Law Reform Commission and supported by the Productivity Commission, and which may resolve the issues surrounding the use of the Aboriginal flag. On 19 March 2019 a Copyright Modernisation Consultation Paper was issued by the Department of Communications and the Arts, asking for views on the following issues:

The expansion of flexible exceptions to copyright infringement in order to modernise the circumstances in which access to copyright material is permitted. In particular, the Department is seeking views on whether an open-ended “fair use” exception similar to that in the United States should be introduced in Australia or, alternatively, if the existing list of “fair dealing” exceptions should be expanded to accommodate changing community, technology and business standards (such as non-commercial private use, library and archive use, educational uses, quotations, text and data mining, certain incidental or technical use by online service providers and government uses in the public interest).

However, even the introduction of this extended definition of ‘fair dealing’ may not be sufficient to cover use by those lobbying for the Aboriginal flag to be treated like other recognised national flags and available for use without a licence. Nor would it necessarily help if Baker’s descendants sought to enforce copyright in the rainbow flag.

The debate over the use of the Aboriginal flag is unlikely to be resolved in the near future. Indeed, it seems destined to be an ongoing issue. In the words of Laura Thompson, the owner of a business which has received a cease and desist letter: “The flag represented a struggle and a resistance movement, and now it just feels like a struggle to use it.”