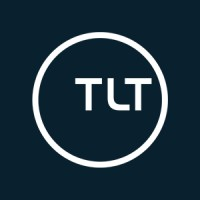 A round-up of recent enforcement actions and investigations in the financial services sector.

On 12 February, Mark Steward, FCA Executive Director of Enforcement and Market Oversight delivered a presentation at the City & Financial Global Enforcement Conference. The full presentation can be accessed here.

Some key points of the presentation included:

On 17 February 2020 the FCA fined car finance provider Moneybarn Ltd £2.77m for not treating customers fairly when they fell behind with loan repayments while in financial difficulties, between April 2014 and October 2017.

Moneybarn also failed to communicate the likely financial consequences of failing to keep up with payments to customers in a clear, fair and not-misleading way.

Many of the 1,400 customers who subsequently defaulted after entering into unsustainable short-term repayment plans were vulnerable.

Moneybarn did not dispute the FCA’s findings and voluntarily provided more than £30 million of redress to all 5,933 customers potentially affected. It consequently qualified for a 30% discount on the financial penalty and received credit for the redress paid to customers.

The PRA has said in a press-release it has banned a non-approved person and a former director from the financial services industry on the grounds of lack of integrity. It has also issued public censures to three former directors. All five individuals were involved in the failure of EBCU in 2015.

This is the PRA’s first enforcement action against individuals involved in a credit union and against a non-approved person.

The action highlights the PRA’s expectation that directors and senior managers ensure they and their firm comply with regulatory requirements and understand their governance responsibilities.

The PRA will consider enforcement action where an individual’s misconduct puts the soundness of a firm at risk.

Day of action against money laundering in the City

Partners of the National Economic Crime Centre (NECC) will target money service business (MSBs) at risk of money laundering in a day of action, the NECC has announced.

Around 90 MSBs were identified as potentially at risk of being used for money laundering will receive educational visits by teams made up of HMRC and City of London Police representatives.

The NECC says that MSBs are “an attractive target for organised crime groups” either unwittingly or complicitly, due to their trade in high volumes of cash and currency conversions.

The Financial Ombudsman Service has ordered Royal London to pay a customer £12,000 of compensation, plus £200 for the trouble caused and any additional tax which may arise after an administrative error.

In April 2016, a customer sent £12,000 to Royal London for investment into his pension fund. However, due to an admin error the money was not placed but was instead returned to the customer in April 2017 – the following tax year. The customer has had to hire a tax adviser to rectify the issue.

Prior to making the transfer in 2016, the customer’s adviser had queried with Royal London what paperwork was required, but was given incorrect advice. When the payment was made, the accompanying paperwork was insufficient.

The ombudsman found that Royal London failed to contact the customer or his adviser in the year following and therefore should put the customer back in the position he had been had the error not occurred.

Read more in the FT Adviser

HMRC has recently announced that it currently has 30 potential Corporate Criminal Offences (CCO) cases underway under the CCO for the failure to prevent the facilitation of tax evasion which came into effect in 2017.

Organisations found guilty of the offences face potentially unlimited fines, sending a clear message they businesses should be taking their responsibilities seriously and put in place processes and procedures to prevent the facilitation of tax evasion.

Of the 30 cases, 9 are live CCO investigations and 21 are opportunities under review. These cover 10 difference business sectors, ranging from small businesses to large corporations.

HMRC say the number and spread of investigations clearly demonstrates that it is actively enforcing the legislation cross all tax and duty regimes and across organisations of all shapes and sizes.