Boundary disputes and the construction of title documents 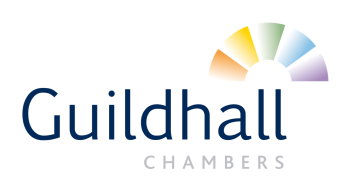 When extrinsic evidence is admissible in construction of ambiguous documents, an overview of 3 recent decisions

Three recent appeal court cases have highlighted the degree to which the Courts will consider extrinsic evidence in the construction of property conveyance documents. In cases of uncertainty the Court will attempt to construe the whole agreement according to the canonical principles outlined in Investors Compensation Scheme Ltd v West Bromwich Building Society [1998] 1 W.L.R. 896. In the case of a defective parcels clause or a generally ambiguous conveyance, admissible extrinsic evidence has been held to include the conduct of the parties subsequent to the conveyance, and an objective assessment of the circumstances surrounding the conveyance, including an appreciation of the topography. The final case to be discussed (Cherry Tree Investments Ltd v Landmain Ltd [2012] EWCA Civ 736) is not so much an indication that the high water of constructive interpretation has been reached, rather than a reminder of the limits of the doctrine in relation to the registration requirements for title documents and charges.

(3) The law excludes from the admissible background the previous negotiations of the parties and their declarations of subjective intent. They are admissible only in an action for rectification. The law makes this distinction for reasons of practical policy and, in this respect only, legal interpretation differs from the way we would interpret utterances in ordinary life. The boundaries of this exception are in some respects unclear. But this is not the occasion on which to explore them.

The Appeal and Cross Appeal

The Claimant appealed the rectification point and the Defendants cross-appealed on the construction point.

11. It was determined that Plan A was of such poor quality that recourse could legitimately be made to an examination of the features on the ground at the time of the conveyance. The practical effect on the construction of the conveyance of No. 7 was that the boundary was to be construed as passing along the line of the drain, and not as contended up to the rear wall of No. 60.

12. The case is further authority for the proposition that where a transfer plan is intended to be definitive, but is still ambiguous, then the local topography can be employed in construing the parcel boundary.

(5) The 'rule' that words should be given their 'natural and ordinary meaning' reflects the commonsense proposition that we do not easily accept that people have made linguistic mistakes, particularly in formal documents. On the other hand, if one would nevertheless conclude from the background that something must have gone wrong with the language, the law does not require judges to attribute to the parties an intention which they plainly could not have had.”

There is, in my judgment, a real difference between allowing the physical features of the land in question to influence the interpretation of a transfer or conveyance (which we do) and allowing the terms of collateral documents to do the same (which we should not). Land is (almost) invariably registered with general boundaries only, so the register is not conclusive about the precise boundaries of what is transferred. Moreover, physical features are, after all, capable of being seen by anyone contemplating dealing with the land and who takes the trouble to inspect. But a third party contemplating dealing with the land has no access to collateral documents.

Even the staunchest advocates of the court's ability to consider extrinsic evidence stop short at saying that by the process of interpretation the court can insert whole clauses that the parties have mistakenly failed to include. In his well-known article My kingdom for a horse: the meaning of words (2005) LQR 577 Lord Nicholls of Birkenhead wrote:

"The flexible approach, I add, would not render the remedy of rectification redundant. If by oversight parties omit an agreed clause from their contract, interpretation would not provide a remedy. The words included in the contract could not be interpreted to include the meaning intended to be conveyed by the clause which, accidentally, had been omitted.