In Latin America, encouragement of renewable energy use is a growing trend. Several countries have called for public bids for electricity supply generated from renewable sources, including biomass, hydraulic, geothermal, solar, and tidal. Concessions for the construction and operation of renewable energy projects have been granted. So far in 2019, Chile, Colombia, and Ecuador have called for public bids, and Brazil and Argentina will do so in the second half of the year.

II. Relevant Information on the Calls for Public Bids

The following table compares the most significant information regarding the existing calls for public bids, including the one in Argentina (which was already awarded): 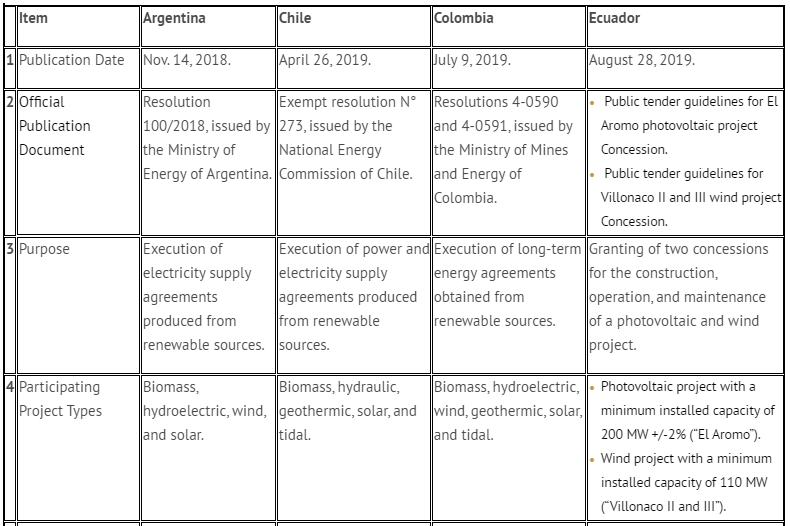 To participate in the ongoing calls for public bids, the following legal, technical, and financial requirements must be satisfied: 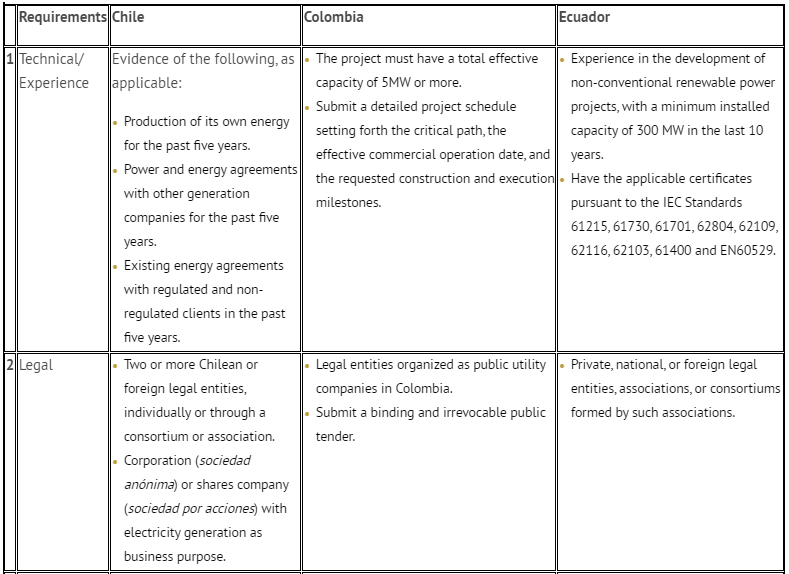