The pros and cons of convertible notes, and are 'safe' notes really safe?

Convertible Notes are reasonably well known in Australia; whilst ‘Safes’ are far more prevalent in the USA but are slowly working their way into the Australian corporate vernacular.

Unlike priced equity, they offer flexible features that, at least on first blush, can be very compelling.  But there can be a sting in the tail, or should I say “trail”?

It’s really only at the back-end of your deal, when the relevant valuation is no longer a theoretical, futuristic concept, that the true effect of dilution (or the true return on investment), will be known.

Sooner or later the pricing game will catch up with you.  The legacy it leaves all depends on how savvy you were when choosing the instrument and building its features, and of course your bargaining power at the time of seeking investment.

This article explores some basics to get you started. 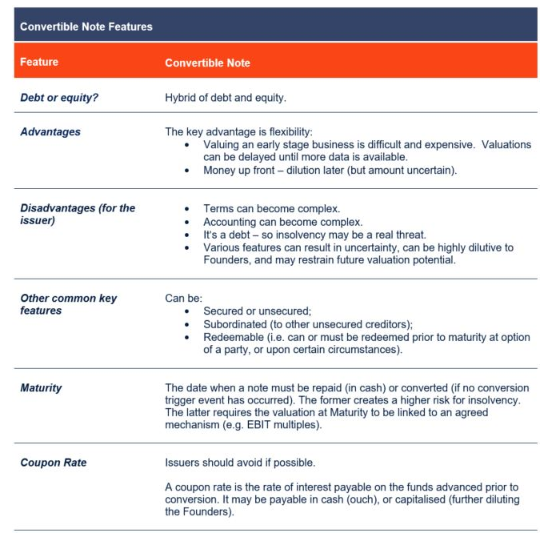 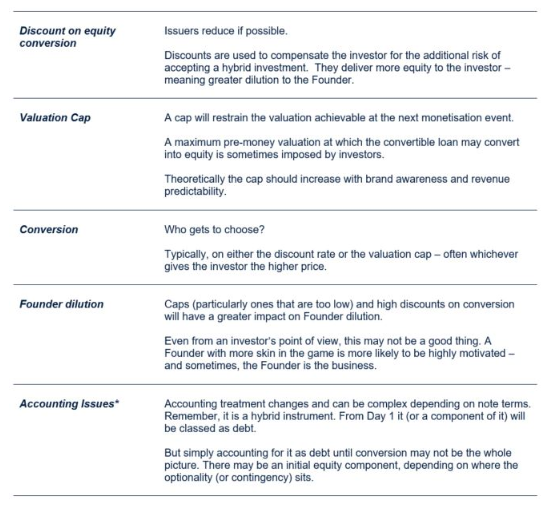 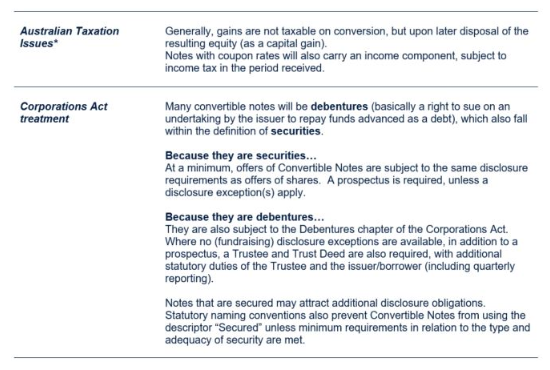 ‘safe’ notes – what are they, and what makes them ‘safe’?

‘SAFE’ = Simple Agreement for Future Equity.  Unlike a Convertible Note, there is no debt component.  It is just equity that hasn’t converted yet.

The term ‘Safe Note’ is somewhat ill-fitting, as the term ‘Note’ is most common to debt or hybrid instruments with debt like features.  The acronym ‘Safe’ may also be considered by regulators (and ordinary people) to be misleading, and should not lull issuers (or holders) into a false sense of security.

Because it is not debt, concepts such as Maturity, Security and Coupon Rates are not relevant.  However, Discounts and Caps are, and should be carefully considered (and modelled) before you dive in.

So why agree to deferred equity if there’s no yield on the way through?  One article I read referred to it as “kicking the valuation can down the road”. Let’s take a closer look. 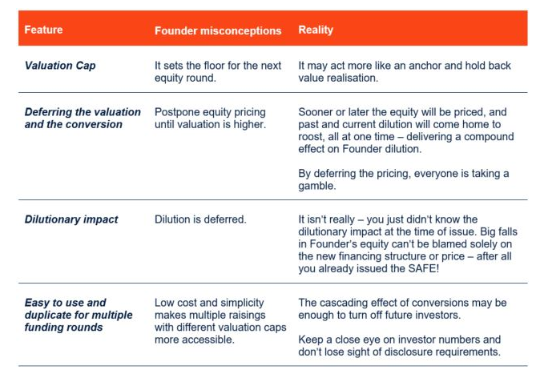 If there is one piece of advice I could give anyone considering using a Convertible Note or SAFE, it’s this:  Be realistic about pre-money and post-money valuations and prepare various modelling scenarios for your capital structure to understand the dilutionary impact/return, before heading into negotiations.