Proposed changes to the FAR Bill will almost certainly delay it.

The passage of the Financial Accountability Regime Bill 2022 (FAR Bill 2022) has been delayed after renewed debate on the inclusion of civil penalties for individuals (this last-minute twist means that the vote on the FAR Bill 2022 scheduled for Friday, 25 November 2022 will not take place. The matter will likely be debated in the Senate during the week commencing 28 November.

These penalties were part of Treasury’s initial proposal for the legislation but have not previously been included in the Bill. If enacted, Accountable Persons will face civil penalties for breaches of their accountability obligations. The maximum amount of civil penalty for individuals would be the greater of:

Other consequences for non-compliance by Accountable Persons include:

The potential inclusion of civil penalties for individuals has lingered over the progression of this legislation: 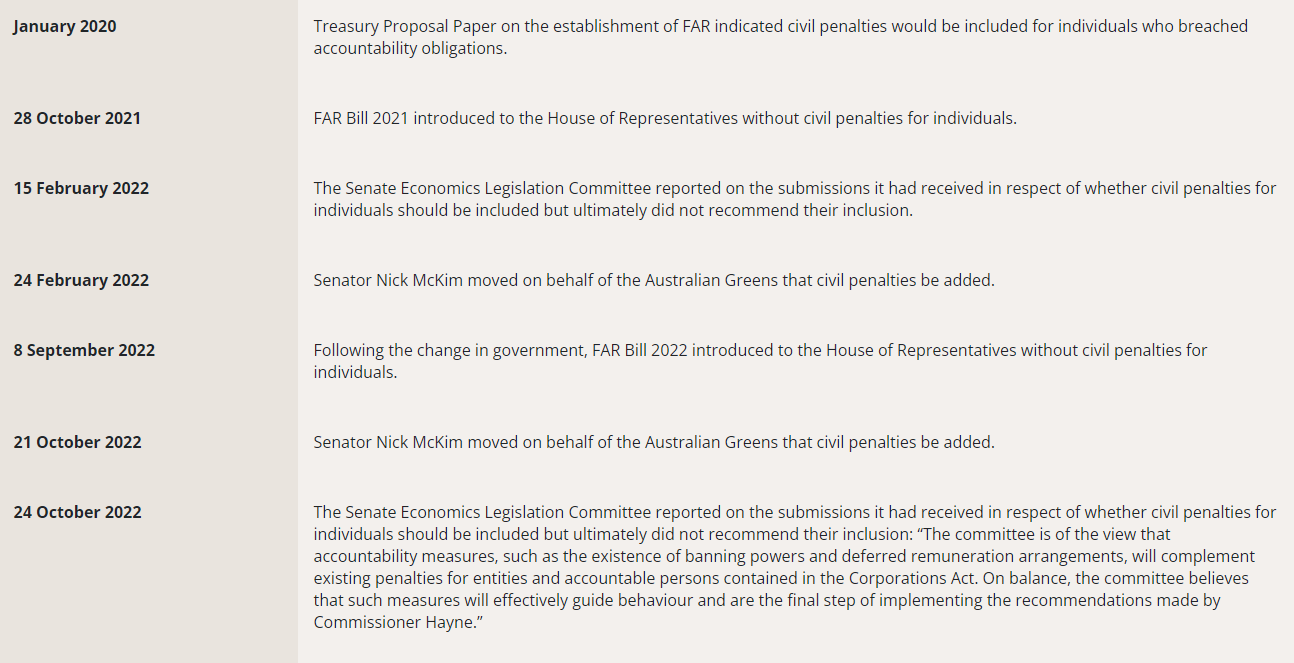 If these proposed changes are incorporated into the FAR Bill 2022, it will need to be reintroduced to the House of Representatives for debate. It had been expected that the legislation would pass before the end of 2022 but if the Senate propose amendments to incorporate civil penalties for individuals that would start to look unlikely.